On Tuesday night, Ranbir Kapoor joined lady love Alia Bhatt in celebrating the latter's best friend's birthday. Alia's friend Akansha Ranjan Kapoor turned an year older and the birthday bash was attended by her close friends and family, including Alia and Ranbir. Although, Ranbir did not arrive with Alia, images of the couple from the party were shared online by paparazzi Viral Bhayani.

For the evening, Alia chose to keep it simple yet elegant in a black dress, with flowery pattern all over it. She kept her make up nude, which complimented her dress, while giving her the girl-next-door vibes. Alia also sported big hoop earrings and tied her hair in a bun. The actress looked ravishing in the images shared online.

Ranbir, who arrived in his car later in the night, was seen in casual wear. He sported a blue, chequered shirt, which he teamed up with denims. Ranbir too looked handsome in his outfit as he partied the night away with Alia's group of friends. Akansha even shared some pics from the party to her Instagram stories. Check out the images from Akansha's birthday party in Mumbai here: 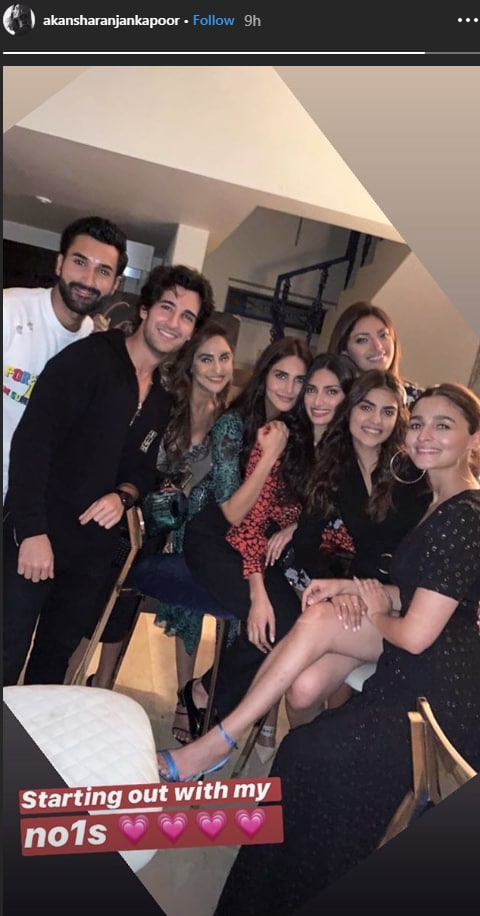 On the movies front, Alia and Ranbir will be sharing screen space for the first time in their upcoming film Brahmastra, release date of which is yet to be announced. Post that, Ranbir will be seen in Shamshera and the actor has also been in the news for doing a film with Kabir Singh director Sandeep Reddy Vanga.