Ranveer Singh and Karan Johar strike a happy pose with their friends as they party together in Delhi.

Karan Johar and Ranveer Singh are in Delhi to look for locations for the shoot of Rocky Aur Rani Ki Prem Kahani.

Karan Johar and Ranveer Singh are currently in Delhi for their next film, Rocky Aur Rani Ki Prem Kahani. The two partied the night away in the capital with their friends and shared a sneak-peek into their shenanigans on social media. The duo recently flew down to Delhi from Mumbai for a recce for their upcoming film.

On Thursday, Karan Johar shared a stylish selfie with Ranveer Singh, in which the duo twinned in white. Sharing a boomerang from the party, Karan wrote, “Such a fun night! And thank you for the super stay at the ultra-luxurious hotel." 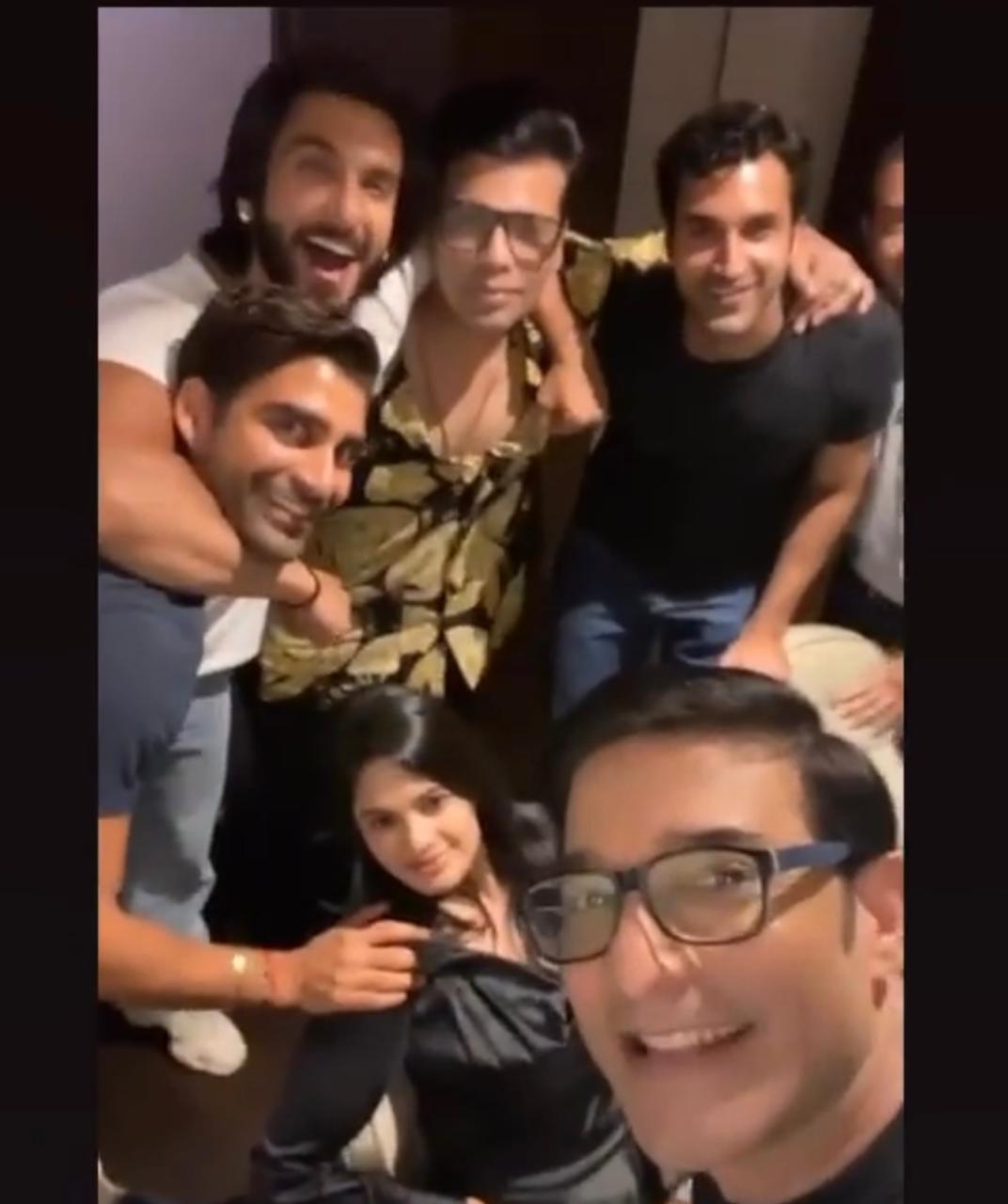 Karan Johar announced his return to the director’s chair with Rocky Aur Rani Ki Prem Kahani recently. Alia Bhatt, Ranveer Singh, Shabana Azmi, Dharmendra and Jaya Bachchan will be headlining the love story. Karan and Ranveer have already begun prep for the movie. Ranveer and Karan are in New Delhi for the recee of the film. Interestingly, Karan has not directed Ranveer in a role yet. Meanwhile, the hit pairing of Ranveer and Alia will be reuniting after 2019’s Gully Boy, which was also India’s official entry to the Oscars in the Best International Feature Film category.

It is also being said that Karan has shelved his ambitious period film Takht and will entirely focus on Rocky Aur Rani Ki Prem Kahani for now.