Home » News » Movies » Reel Retake: Vikram Vedha is a Success Recipe But Could R Madhavan Have Been Cast in Remake Too?
5-MIN READ

Reel Retake: Vikram Vedha is a Success Recipe But Could R Madhavan Have Been Cast in Remake Too?

Vikram Vedha is a gritty cat-and-mouse chase with elements of investigative thriller. It is now being remade in Hindi with Saif Ali Khan and Hrithik Roshan. 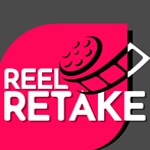 The movie in focus this week is Vikram Vedha.

What is Vikram Vedha about?

Vikram Vedha, the title, may sound familiar. Actually, it is. In essence, the film draws from the mythology of Vikram and Betaal, but with a modern touch. Betaal used his cunning mind to keep king Vikram in the dark and misled him to fulfill his desires. Tamil cop and gangster thriller Vikram Vedha follows this simple plot point and introduces us to encounter unit specialist Vikram (R Madhavan), who is a charismatic, brash but impulsive officer, who uses brawn more than his brain. He has his wits about him and wears his heart on his sleeve. A long, one-take opening sequence in which Vikram and his team of officers kill some local gangsters, Vedha (Vijay Sethupathi) is also named, hinting he is who the cops are after. Later, Vedha himself surrenders to the police, in a scene which is a dramatised version of the one in Seven (director David Fincher) where Doe (Kevin Spacey) turns himself in. Vedha now narrates the story of how he became a gangster and drug smuggler to Vikram, in hopes of inciting some empathy. But will Vikram believe him? Some key characters are introduced through flashbacks. Meanwhile, Vedha has also hired Vikram’s lawyer wife Priya (Shraddha Srinath) to bail him out.

Essentially, Vedha is using Vikram to get rid of those standing in his way and to avenge some past wrongs on his behalf. Vikram puts two and two together on the basis of clues in Vedha’s stories but only to realise that his own unit is part of the gang wars in the city. Some of them are even corrupt to the extent that Vikram’s life may also be in danger. Differences also widen between Vikram and his wife Priya, who continues to legally represent Vedha. Will Vikram be able to bail out of this personal and professional pull and arrive at the bottom of the mystery Vedha has set up for him? Are Vikram and Vedha better off as friends or foes? The story sums up these questions winding off as a very satisfying cat-and-mouse chase-cum-investigative thriller.

The original Vikram Vedha has many strings attached to its seemingly simple plot and manages to accomplish a lot in the runtime. Actually, it will leave you high and dry for more. There are realistic action set pieces, stories within the story, each filled with suspense, intrigue and more questions, and several key characters to keep you engaged and invested in. Coming to the cast, Madhavan and Sethupathi are terrific as Vikram and Vedha, respectively. Vedha is unlike any other gang lord. His presence and courage terrify you. He also uses his brain whenever necessary, and this makes him a rounded antagonist. Vikram is funny in moments of heightened tension and also romantic. Apart from being an honest cop, he is also high-headed which makes him vulnerable. Moreover, the mind games that go on between Vikram and Vedha are also reminiscent of Batman and Joker’s chemistry.

Vikram and Vedha’s chemistry makes the film more and more interesting with passing time. As separate characters too, they draw you in. Vedha is not all villainous and Vikram embraces the grey. The visual colour palette is also neutral. The tones are desaturated to lead from Vedha’s perspective, more than Vikram’s. This is unlike other cop dramas, where the story is led from the law officer’s perspective and police brutality is glorified.

As a subtext, Vikram Vedha also comments on corruption and drug menace. The story moves in various directions at one time but by the end, leaves no loose ends. Despite being convoluted and fast-paced, the film keeps you engaged and invested thoroughly. It is a sure-shot recipe for success as the Tamil original proved on arrival. Vikram Vedha is fresh and enjoyable. It is also a story that defies time and setting.

What’s new with the Hindi remake?

Vikram Vedha’s story and the lead performances are its strengths. In Hindi, it is being remade with Saif Ali Khan and Hrithik Roshan. Pushkar-Gayathri will be returning to the director’s chairs. It is safe to assume that Hrithik will revive the gangster’s role. He did something similar in Agneepath remake (2012) and can match up to the level of what Sethupathi did in the original. It will be interesting to see him return as an anti-hero and break away from the ‘saviour’ image. If he indeed revives Vedha’s role, Hrithik will be seen in two different looks, that of the past and the present.

Saif played a cop in Sacred Games before and has the potential to do the role with finesse. Although, Vikram’s part is no easy task or anything like Saif has done before. The question however remains whether or not Madhavan could have been retained from the original. He is a familiar face in Bollywood as well and has been missing in action from Hindi films for some time. It would have been interesting to see him in the Vikram Vedha remake as well.

Meanwhile, it has not yet been revealed who has been cast for Priya’s role. Other important co-characters and who will play them will be named soon. Seemingly, the directors want to work with new faces in the remake and every part will be recast. Vikram Vedha will turn out to be as good and likeable a remake as the ensemble comes to be.

Vikram Vedha was a huge box office success in 2017. Madhavan and Sethupathi were praised for embracing their intense characters with brilliance. Of course, they had the mettle for it. Saif and Hrithik are good in their own right. This movie certainly needs an audience beyond the local market. With the Hindi remake, it will surely get the attention it deserves. We recommend that you watch the Tamil original as well, available on YouTube and Disney+ Hotstar.