Sushmita Sen's daughter Renee penned a lengthy and heartfelt Instagram post for Darsheel Safary, who is her co-actor in her upcoming short film.

Sushmita Sen's daughter Renee Sen, who recently wrapped her second short film Dramayama, took to Instagram to pen a heartfelt note for her co-star Darsheel Safary. In the Instagram post, she shared a series of picture with Darsheel and expressed her gratitude for getting to work with him early on in her career.

She wrote, "We may not have a lot of pictures together but the memories made while shooting and the workshops are forever! You are kind, funny, helpful and an amazing friend! So happy I worked with you so early on because I know it's made me a better actor and person! Lots more madness and fun is pending! PS: Miss our unique handshake already! @expositionfilms Thank you for this beautiful picture and caption."

Renee also took to Instagram stories to thank the rest of the cast and crew of her film. 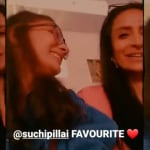 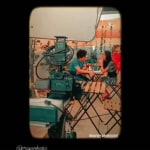 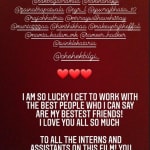 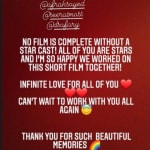 Renee had recently made her acting debut with the short film Suttabaazi. The film also starred Komal Chhabria and Rahul Vohra in pivotal roles.

On the other hand, Darsheel first made his Bollywood debut with Aamir Khan's Taare Zammen Par, where his performance was lauded by both critics and the audience. He has since then appeared in films like Bumm Bumm Bole, Zokkomon and Midnight's Children.