Rhea Chakraborty Remembers Sushant Singh Rajput on His Birth Anniversary: Miss You So Much

On Bollywood actor Sushant Singh Rajput's birth anniversary, his girlfriend Rhea Chakraborty remembered him with a throwback photo and a video of theirs.

On Bollywood actor Sushant Singh Rajput’s birth anniversary, Rhea Chakraborty remembered him with a throwback photo and a video of theirs. The actress took to her Instagram account to share a video with Sushant where both of them can be seen posing goofily at the camera. Sushant was in all smiles as he tried to flex his leg muscles. Later, he gave Rhea a side hug. She also took to her Instagram Story section to share a photo of her sitting on his lap. She left a heart emoji with the photo.

Sharing the video, she wrote that she misses Sushant. 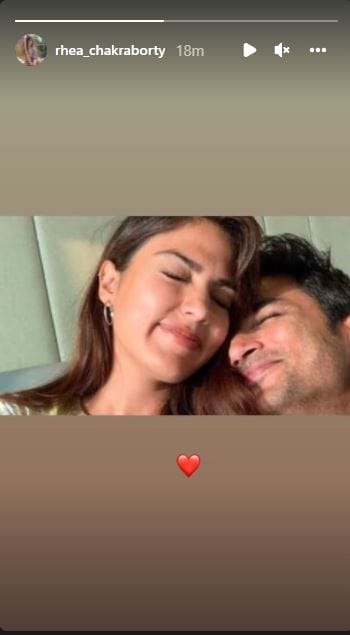 Sushant Singh Rajput would have been 36 today.

The actor’s untimely death came as a shock to the entire nation on June 14, 2020.

After gaining massive popularity for the television show Pavitra Rishta, he stepped into Bollywood with the critically and commercially successful film Kai Po Che! Later, he went on to appear in several hit films including M.S. Dhoni: The Untold Story, Sonchiriya and Chhichhore, which gained him immense popularity.

In October 2020, the Bombay High Court had granted bail to Rhea Chakraborty in a drugs case related to her boyfriend Sushant Singh Rajput’s death. The court rejected the argument that celebrities deserve specially harsh treatment in such cases so as to “send out a message”. After spending 28 days in jail, Rhea had stepped out of the Byculla women’s prison on October 7 last year.

Meanwhile, on the work front, Rhea was last seen in Rumi Jafry’s Chehre with Emraan Hashmi, Amitabh Bachchan, Krystle D’Souza and Annu Kapoor. While she has not announced her next project yet, she has been sharing glimpses of her shoot for a future project.