Film producer Rhea Kapoor shared pictures and posts of her celebrations on Instagram. Her sister Sonam Kapoor wasn't present at the birthday bash.

Rhea Kapoor turned 33 today, March 5. Rhea, who is the daughter of Anil Kapoor and Sunita Kapoor, shared some glimpses from her pre-birthday celebration.

Taking to her Instagram story, Rhea has posted a picture that showed a woman lying in a lost state on the sofa, had some lines were written on it, which read, “Since it is impossible to know which period of my life is the middle, I have decided to have an ongoing crisis.” She shared the picture with a caption, “It’s my birthday tomorrow. So some say adulthood is imminent”.

A video in her story showed flowers and cards sent by her friend Karan Boolani and sister Sonam Kapoor Ahuja. In another video story, Rhea can be seen chilling with fashion designer Masaba Gupta and her pals. 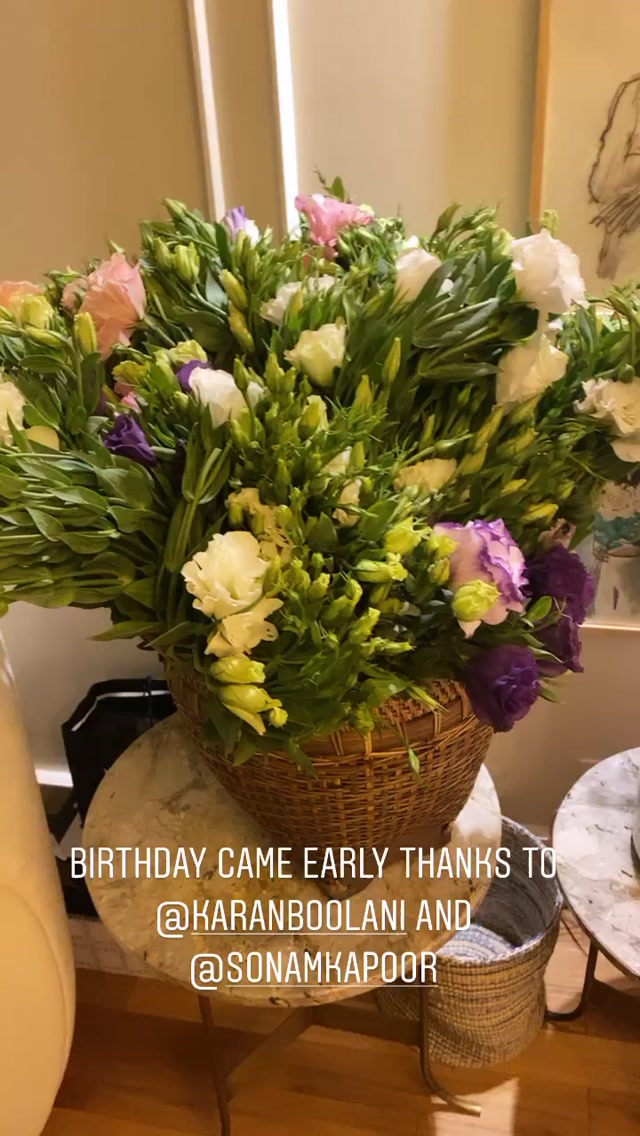 Sonam’s husband and businessman Anand Ahuja has penned an adorable note for Rhea on her birthday. Sharing a picture from his wedding, Anand wrote, “She hides it well but she’s the most giving person I know. Happy Birthday”. RheeBee! ❤️ ... she hides it well but she’s the most giving person I know. @rheakapoor Happy Birthday!

Sonam, who was not present at Rhea’s midnight birthday bash, has shared a series of photos on her Instagram story to celebrate the day. Rhea made her debut as a producer with the 2010 film Aisha, which featured Sonam and Abhay Deol in lead roles. In 2014, she produced Khoobsurat, a film helmed by Shashanka Ghosh.