Impressed by Vicky Kaushal's Film Uri the Surgical Strike, Rishi Kapoor calls the film as 'the best ever made in India'.

Vicky Kaushal is riding high on the success of his latest film Uri- The Surgical Strike. The war drama is garnering applause from corners and is getting a great response from the viewers as well.

Rishi Kapoor who recently saw the film was all praise for the makers. The veteran actor took to Twitter and called it 'the best ever made in India'. He wrote, "Saw URI. Terrific warfare film. Perhaps the best ever made in India. It bought the home the point India has nothing against the citizens of Pakistan but those terrorists being trained in camps against us. Bravo. Let this be an eye opener." In late September last year, Rishi Kapoor had sent the internet into a flip when he announced that he's on a break in the US for some medical treatment. Soon, social media was rife with rumours that the veteran actor is suffering from cancer. Speculation mounted over Rishi's health after he was not seen at the cremation ceremony of his mother Krishna Raj Kapoor. However, his brother Randhir Kapoor quashed all the rumours, saying 'Rishi himself doesn’t know what he’s suffering from'.

But a cryptic post from Neetu Kapoor on New Year 2019 suggested a different hook. and owing to Rishi's health issues, Neetu wished for good health in the coming year. "Happy 2019. No resolutions only wishes this year !!! Less pollution traffic!! Hope in future cancer is only a zodiac sign !!! No hatred less poverty loads of love togetherness happiness n most imp. Good health," she captioned the perfect family dinner photograph. 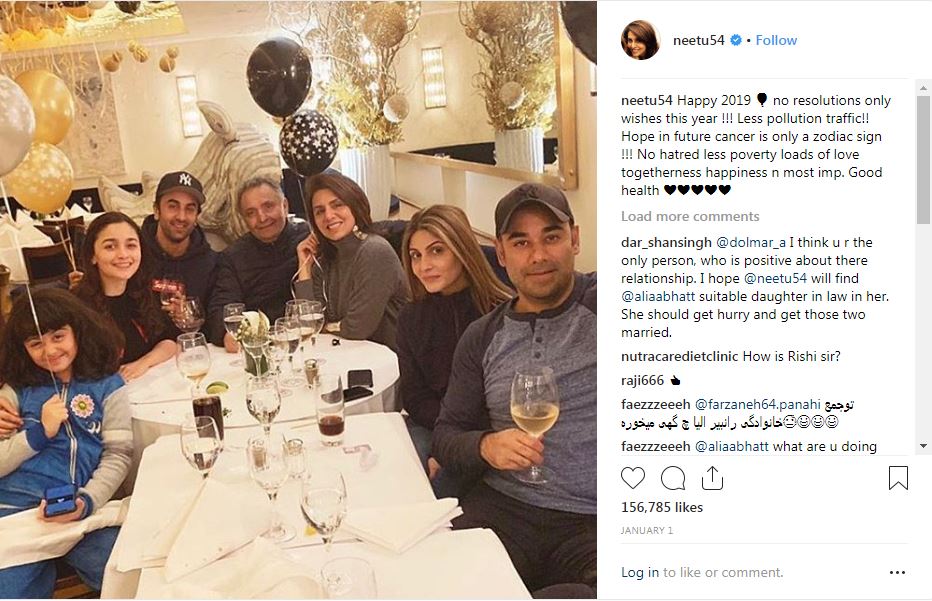 So far, there has been no confirmation from the Kapoor family about the nature of Rishi's ailment.

On the other hand, Vicky Kaushal, Yami Gautam starrer is doing amazing at the box office too. So far the film has raked in Rs. 91 crores and is heading towards the 100 crore club.