The show will feature young, animated versions of the lead characters from the Golmaal universe.

Gopal's quirkiness, Madhav's bizarre plans and Lucky's speech, over a decade, Rohit Shetty and his Golmaal characters have managed to take the audience on a fun-filled ride. And now the popular film franchise is all set to have its animated version. Titled Golmaal Junior, the show will release in May on Sonic channel.

The show is said to feature young, animated versions of the lead characters from the Golmaal universe namely- Gopal, Lucky, Laxman, Laxman 2 and Madhav. The animated show will be based on two naughty but poles apart rival prank groups who fight against each other in a much comic way.

"The show will revolve around the two prank gangs of Gopal and Madhav indulging into fun, chaos and drama," said Nickelodeon in a press note.

The series is bankrolled by Rohit Shetty Picturez in association with Reliance Animation. 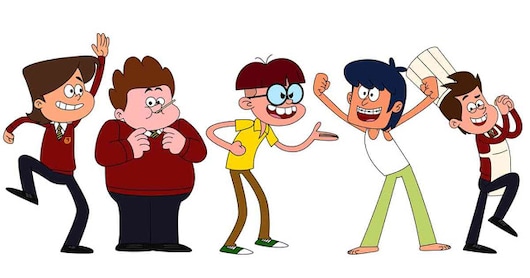 Golmaal Jr. is not the first film of Rohit Shetty to get an animated adaptation. Before this, the Singham film series was also adapted into an animated series for kids, titled Little Singham.

Golmaal Jr. is yet to get a release date.