Runway 34 is directed by Ajay Devgn, while Amitabh Bachchan plays a crucial role. 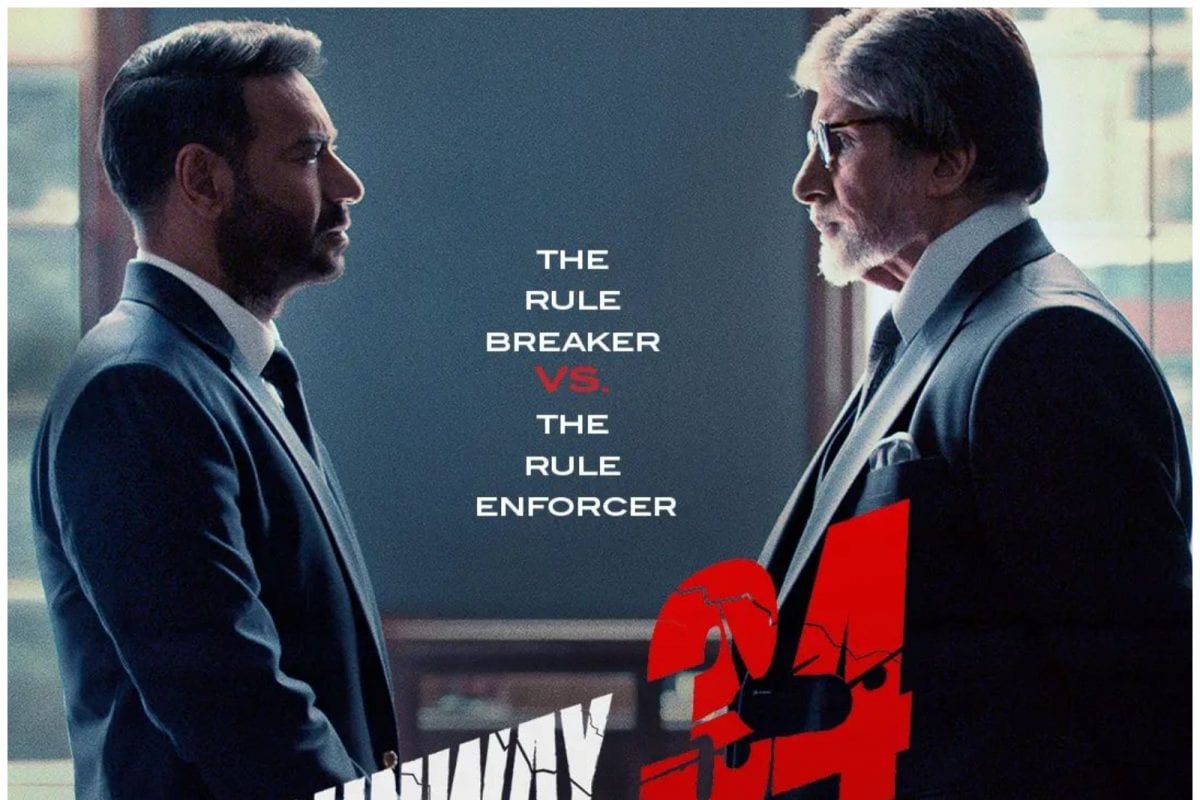 Ajay Devgn and Amitabh Bachchan come together for Runway 34 right after playing very different kind of roles in their recent films. While Devgn’s last two outings have been cameos in the hit Gangubai Kathiawadi and the blockbuster RRR, the latter played a football coach in Jhund, which did not get the cash registers ringing, but was a very important film.

Devgn plays Captain Vikrant Khanna in this film which he has directed himself. The film is supposedly inspired by the 2015 heroic episode of a Doha to Kochi flight that had a narrow escape thanks to the heroics of the pilots who were at its helm. Although it is questionable whether the pilot “partied hard” the previous night like Vikrant Khanna does. In the film, the pilots are to land their plane in torrid weather in Kochi before they decide to land in Thiruvananthapuram that faces similar circumstances. A touch-and-go situation plays out saving the lives of all but one passenger. Khanna becomes a hero whose decisions soon invite the ire of authorities.

Devgn does not shy away from giving himself a starry entry. His Rayban-wearing, cigarette smoking gait gets enough screen time as the song “alpha man” plays in the background. He reads flight plans in seconds and can recite it by heart when questioned.

On board, there is the usual assortment of travellers who have their own problems that we come to know of with a typical Hindi film treatment – they convey their worries to the other characters. A woman is travelling alone for the first time with her baby, there is an old lady with asthma, and an angry gent in suit does not want the opportunity to drink free alcohol get away from him.

YouTube star CarryMinati plays himself in the film. He is on board and so is his camera that is recording everything like it should; personal space and privacy, as we know, are a rarity on flights. But unfortunately for his fans, and fortunately for the co-passengers, that is all that we see of him in the film.

Rakul Preet Singh plays Devgn’s co-pilot Tanya Albuquerque. She is in awe of Khanna but does not shy away from admonishing her superior when he announces her name as “albacocky” to the passengers.

Nevertheless, initially, what plays out on the screen is engaging. The cinematography is slick and the journey keeps you on the edge of your seat towards its fag end. When we say journey, it means only the first half of the film.

Then we get to the second half. Khanna and Albuquerque’s heroics is up for questioning in front of a jury. Amitabh Bachchan Plays Narayan Vedant, the head of AAIB (Aircraft Accident Investigation Bureau). This is not the first time that Bachchan is trying to convince a jury of somebody’s misconduct. He is imposing, intimidating and is able to ennoble his character with exquisite Hindi diction much to the chagrin of others.

The courtroom-like drama plays out in front of a 4-member jury that gives animated expressions to every new revelation that plays out. Perhaps the actors were asked to make the best of their screen time. It is hilariously repetitive and lacks gravitas.

Besides them, Boman Irani plays the owner of the airline that Khanna works for. A whisky-drinking, jolly businessman who is only concerned about his “share price”. There isn’t a note that Irani misses here. He looks comfortable and seems to be having fun. Angira Dhar plays the airline’s representative and Aakanksha Singh plays Devgn’s wife. There isn’t much for them to bite into in their roles.

Overall, the film tries to keep you on the edge of your seat but loses its way as the screenplay progresses. The VFX stands out again, as it does with Devgn’s productions. Devgn’s character’s “know it all” quality feels cliched and the enquiry proceedings would’ve felt longer had Bachchan not held it together with his performance.