Rupali Ganguly hosted a lavish birthday bash on Monday night in the city. Sarabhai Vs Sarabhai star cast and Anupamaa co-stars among others attended the party.

Anupamaa actress Rupali Ganguly recently celebrated her 45th birthday. On Monday, Rupali actress turned host for a lavish birthday bash at a café in Mumbai, which was attended by her friends from the industry. At the birthday bash, we saw the casts of Anupamaa, Sarabhai vs Sarabhai, Shivangi Joshi, Anurag Basu, and other prominent celebrities.

During the two years of Anupamaa, Rupali became a renowned TV star. Her stint in the much-loved show is a hit and the daily soap has garnered good TRP ratings. At the party hosted by Rupali, we saw the actress’ Anupamaa co-stars including Gaurav Khanna, Sudhanshu Pandey, Madalsa Sharma, Alpana Buch, Aneri Vajani and Aashish Mehrotra.
Producer Rajan Shahi also arrived with a bouquet. Shivangi Joshi and Harsh Rajput also came in to wish the actor. Apart from them, Sumeet Raghavan, Rajesh Kumar, Satish Shah, JD Majethia, Deven Bhojani, Aatish Kapadia were present at the party.

As for her ensemble, Rupali looked ravishing in a stunning black long dress which she teamed up with a golden shrug. She cut a two-tier purple cake that read, ‘The Reigning Queen’.

In the pictures, we see the actress celebrating the occasion by cutting the cute cake, with her younger brother Vijay Ganguly by her side. The actress was all smiles as her close friends from the industry right from her Sarabhai Vs Sarabhai co-stars and her co-actors from Anupamaa were in attendance at the bash. 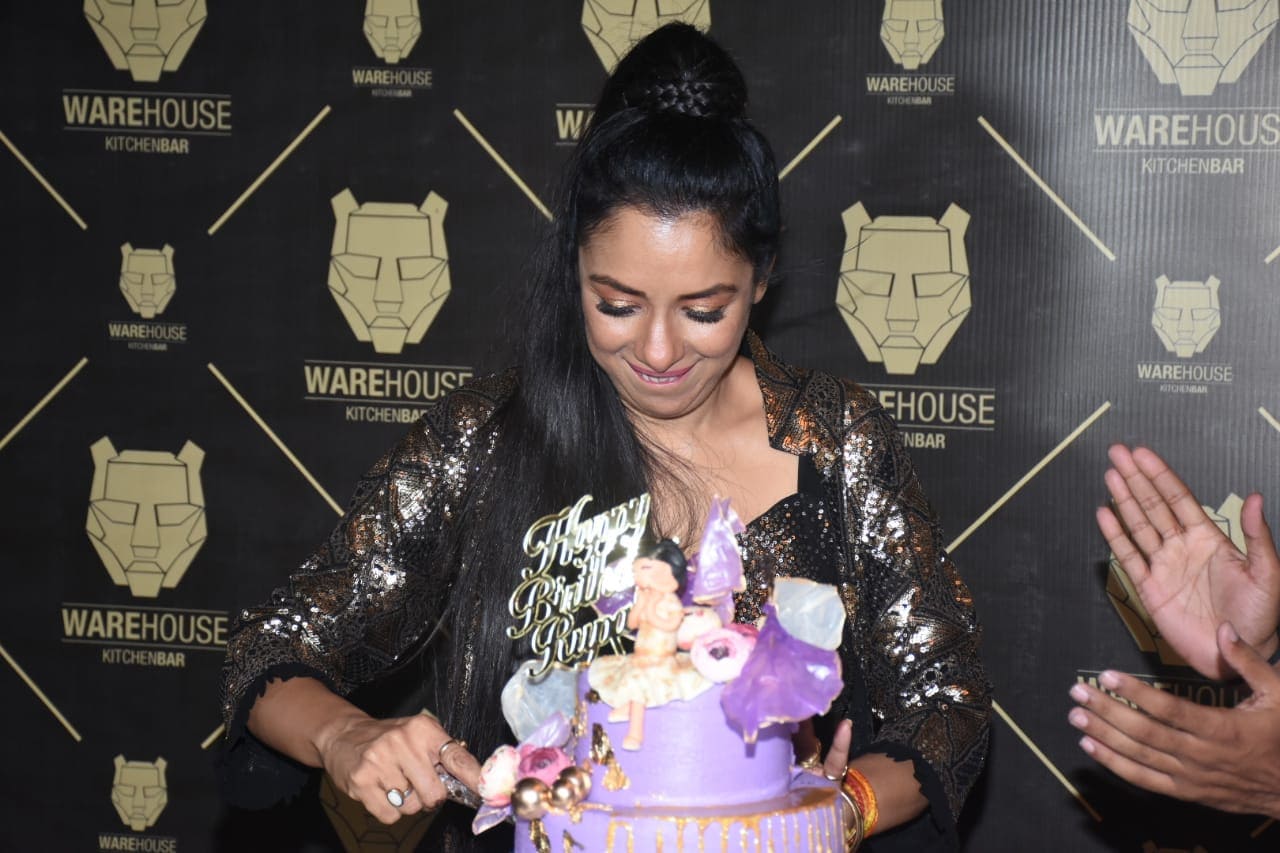 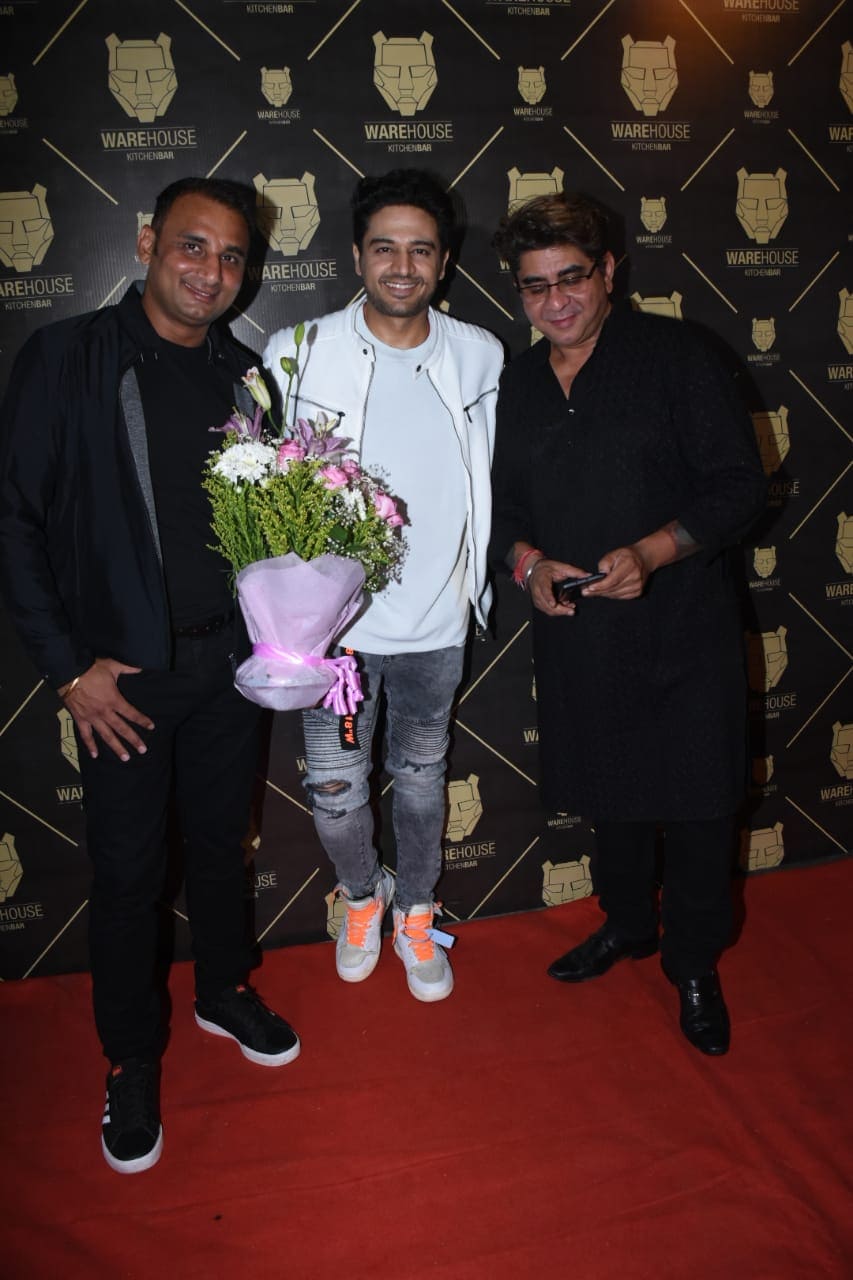 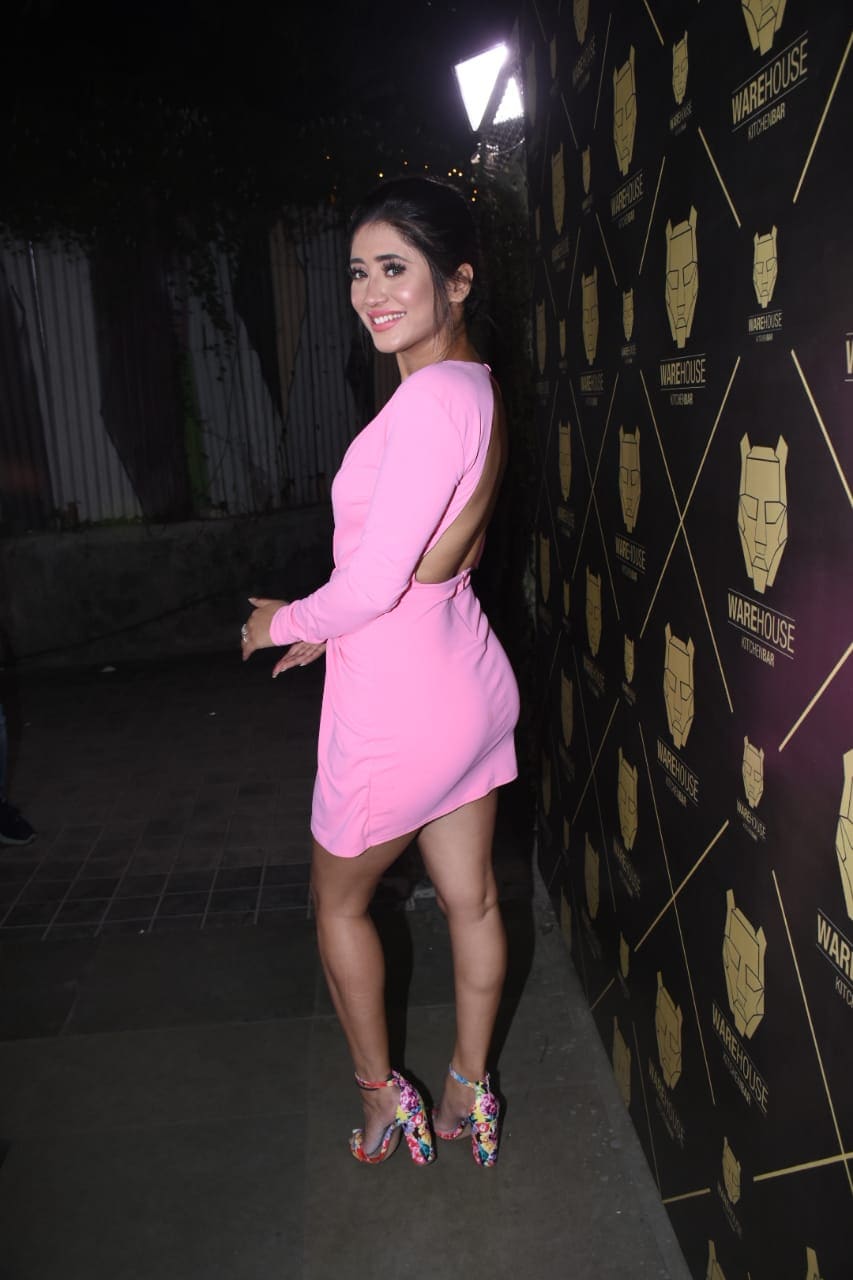 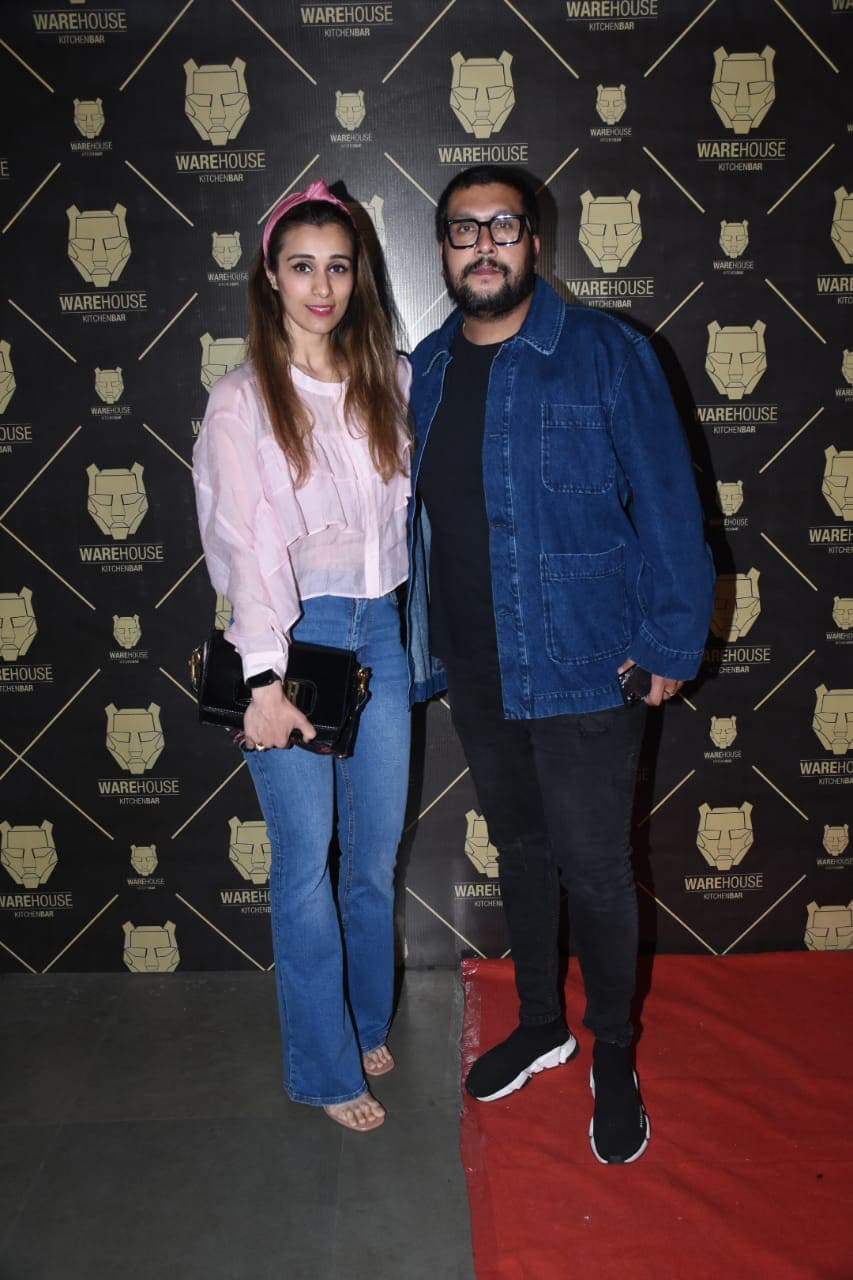 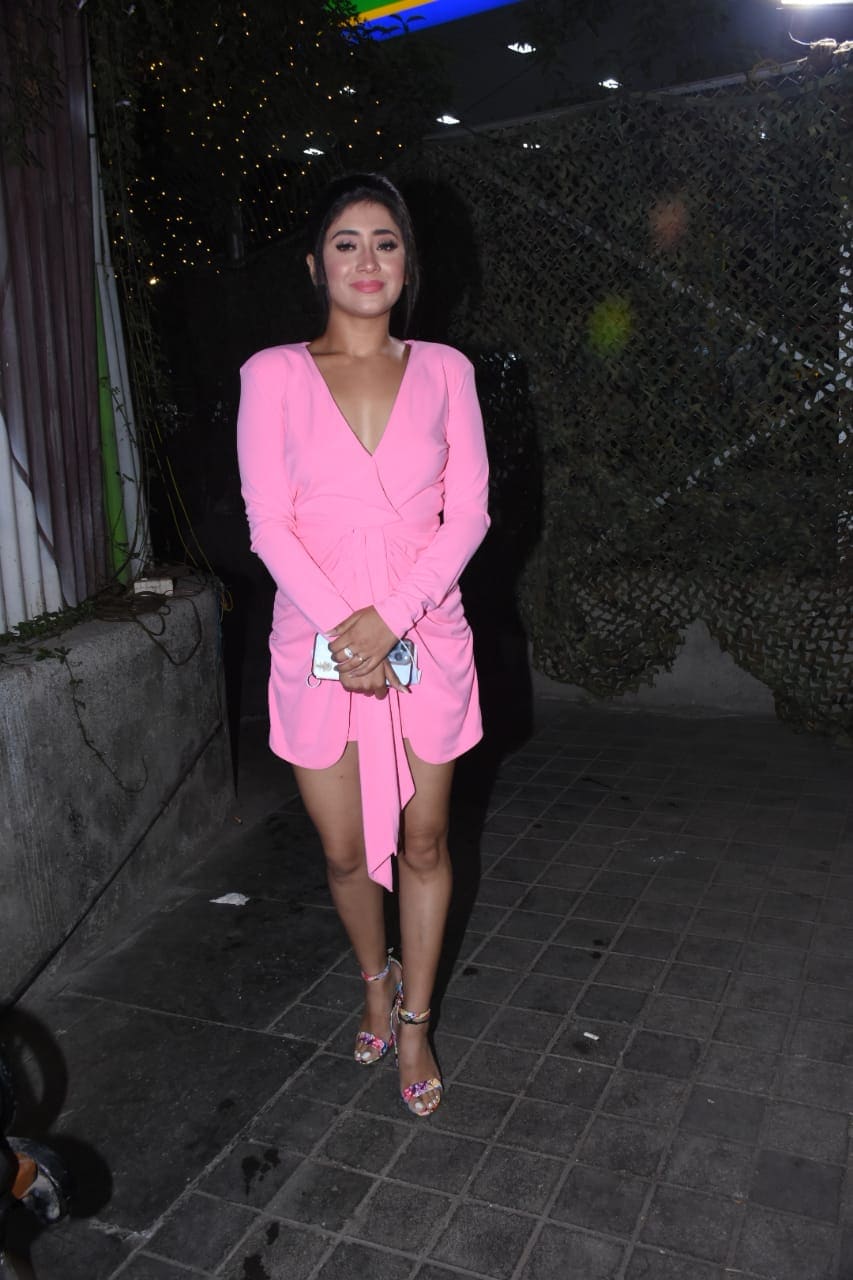 The bash was also attended by filmmaker Anurag Basu. Rupali’s brother Vijay posted his pictures with the director on Instagram. Rupali Ganguly too shared glimpses from the bash on her Instagram handle. She even treated Anupamaa fans to a picture with her co-star Gaurav Khanna. Check the post: 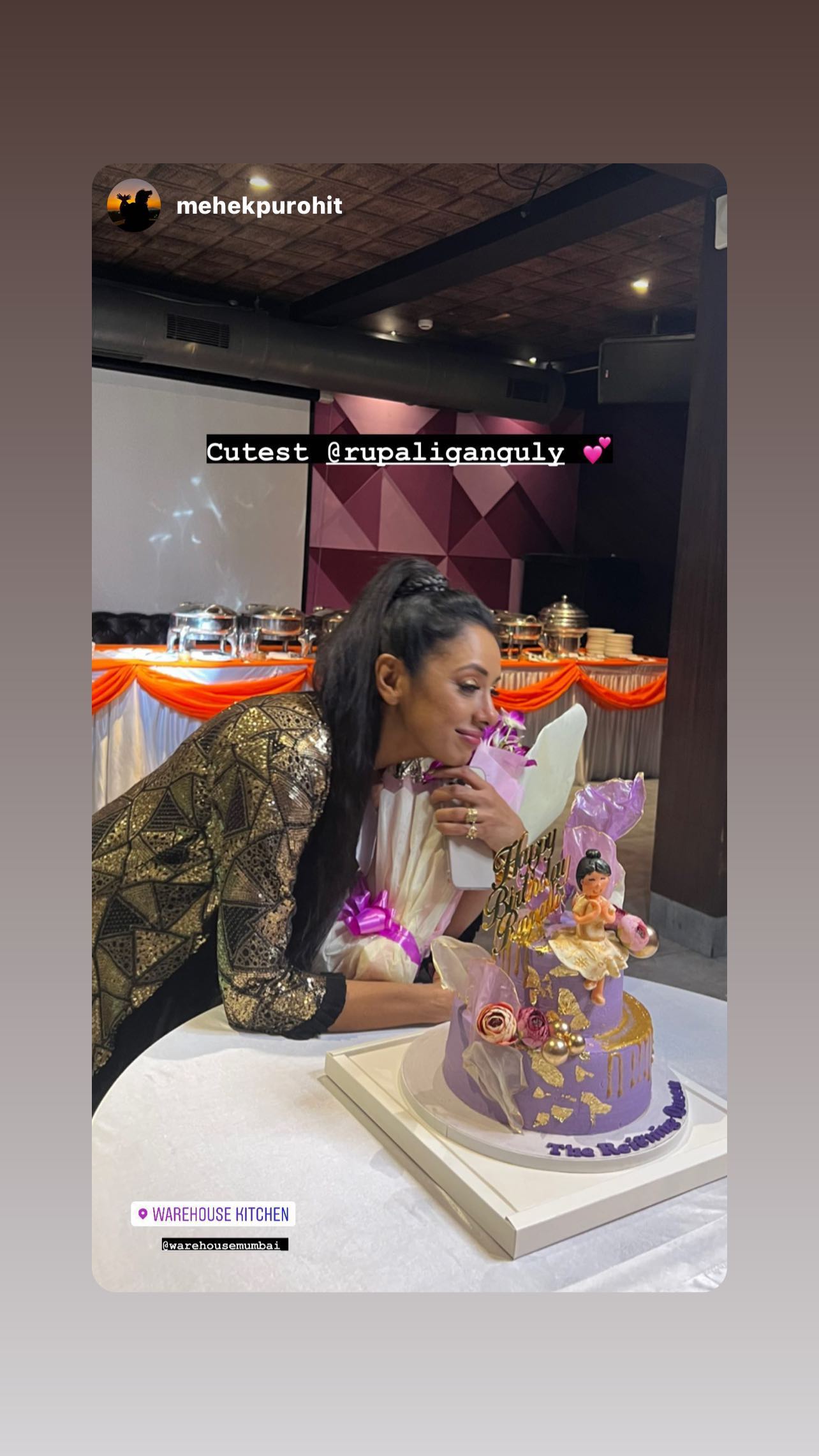 It seems like the actress was in awe of her huge birthday cake.

Several memorable moments from the birthday bash were shared on social media capturing the fun moments of the Anupamaa star cast.

For the unversed, Anupama is one of the most popular shows on television. It has been ruling the TRP chart for over a year. The show revolves around a woman named Anupama and how she decides to live an independent life after discovering her husband’s affair 25 years after their marriage. The show is produced by Rajan Shahi and stars Rupali Ganguly, Gaurav Khanna, Sudhanshu Pandey, Madalsa Sharma, Nidhi Shah, and Paras Kalnawat among others. It airs on Star Plus.