Salman Khan was snapped by the paparazzi at sister Arpita's house for the second consecutive day as he arrived for Ganesh Visarjan.

Ganesh Chaturthi’s craze has hit Bollywood. From Shah Rukh Khan to Sonu Sood and Shilpa Shetty among others, several actors welcomed Bappa at their respective homes on Wednesday. Salman Khan’s sister Arpita Khan Sharma was no different. While she is worshipping Bappa with utmost joy, Salman Khan also visited her house for the second consecutive day to take part in the visarjan rituals.

On Thursday evening, Salman Khan was snapped by the paparazzi as he arrived at Arpita and Ayush Sharma’s house for Ganpati visarjan. He wore a blue shirt and paired it with ripped jeans of the same colour. The actor added black footwear to his look and posed for the paparazzi. Not just Salman but Sohail Khan also visited Arpita’s house to take part in the festivities. 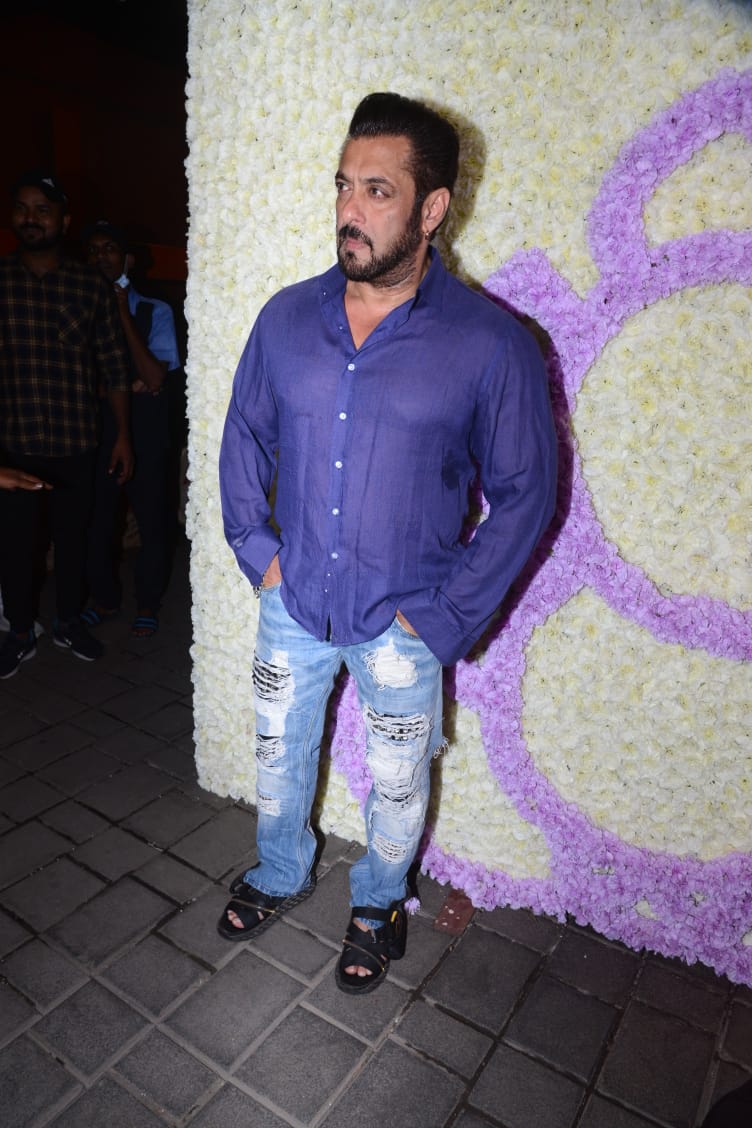 Salman Khan snapped by the paparazzi as he arrived at Arpita Sharma’s house. (Photo: Viral Bhayani) Salman Khan looked dapper as always as he posed in a blue shirt and ripped denim jeans. (Photo: Viral Bhayani) Sohail Khan was also snapped by the paps as he arrived at Arpita Sharma’s residence. (Photo: Viral Bhayani) Meanwhile, Ayush Sharma and Arpita were also seen bidding adieu to Ganpati as they perform visarjan rituals. Ayush was also seen destibuting sweets to the paparazzi outside his residence. Ayush Sharma was seen carrying Ganpati idol in one of the pictures. (Photo: Viral Bhayani) 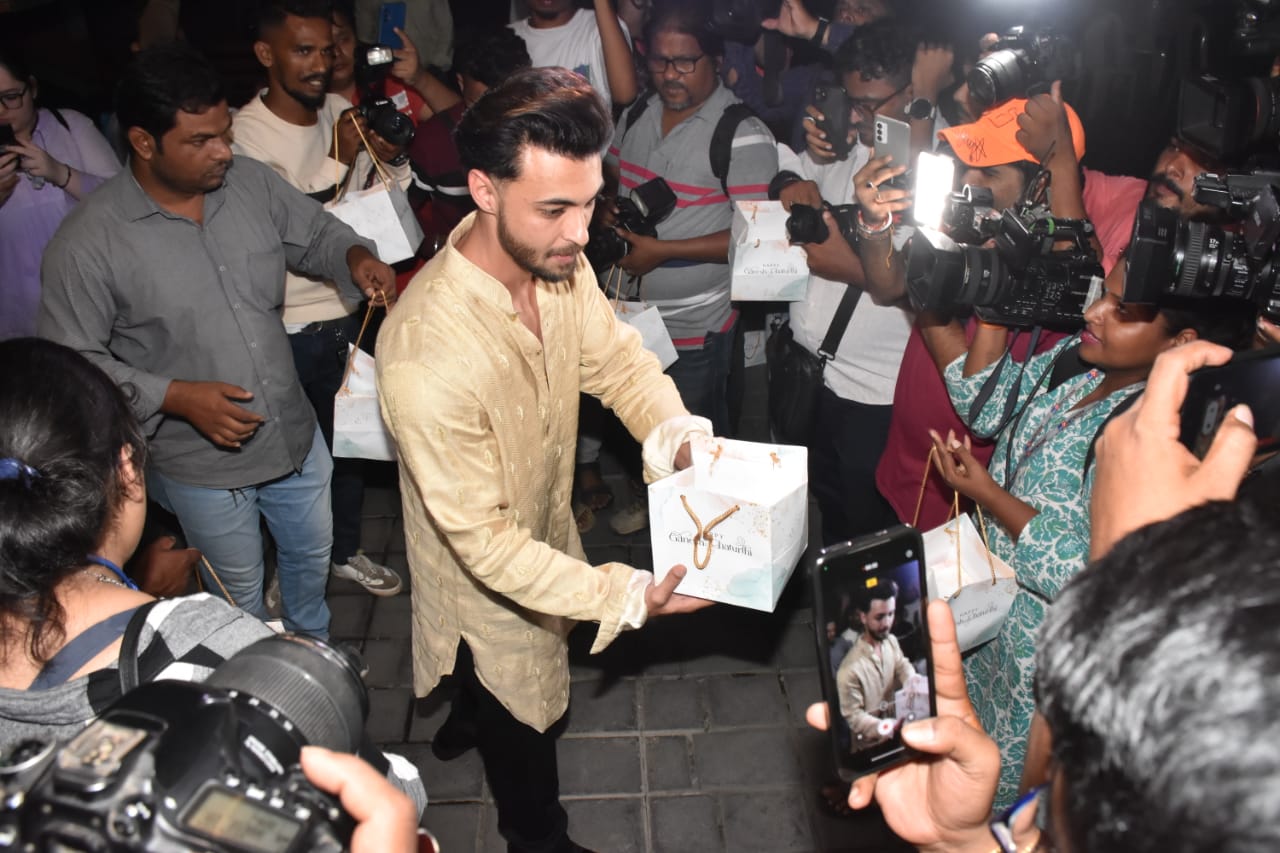 Ayush Sharma also distributed sweets to the paparazzi who were stationed outside his residence. (Photo: Viral Bhayani)

Earlier, Salman Khan also shared a video of him performing Ganesh aarti at Arpita’s house. In the clip, Salman’s mother Salma Khan, Arpita and Ayush Sharma were also spotted in the video.

On the work front, Salman Khan has a number of other projects lined up as well. He will be next seen in the much-awaited Tiger 3 which also stars Katrina Kaif in the lead. The film is likely to have Shah Rukh Khan’s cameo and will hit theatres in April next year. Besides this, Salman has also been working on Kisi Ka Bhai Kisi Ki Jaan which was earlier titled Kabhi Eid Kabhi Diwali. Directed by Farhad Samji, the film also stars Pooja Hegde, Shehnaaz Gill, Jassie Gill, and Siddharth Nigam in key roles. Apart from these, Salman Khan’s No Entry 2 is also likely to go on floors by this year-end. Salman will also be making a special appearance in Chiranjeevi’s Godfather.