Sanjay Dutt, Manyata Make a Lovely Couple As They Party With Bhoomi Cast

Aditi Rao Hydari, Shekhar Suman and Sidhant Gupta joined the two to celebrate the completion of their film.

Bollywood actor Sanjay Dutt, who is all set to make a comeback with the film Bhoomi, partied with film's cast along with his wife Manyata. The couple decided to wear colour coordinated outfits for the special evening. Shekhar Suman was the host for the night.

Dressed in the combination of black and gold, Manyata looked stunning as she posed with her husband for the shutterbugs. She even took to Instagram and expressed her love for Sanjay through an emotional post. "Today I am wearing the smile you gave me!! #love #grace #positivity #coupleinblack #beautifullife #lovetoloveyou #traditional #thankyougod #home #blessed," she wrote.

Aditi Rao Hydari, Shekhar Suman and Sidhant Gupta joined the two to celebrate the completion of their film. It seems the cast had a gala time together last night. 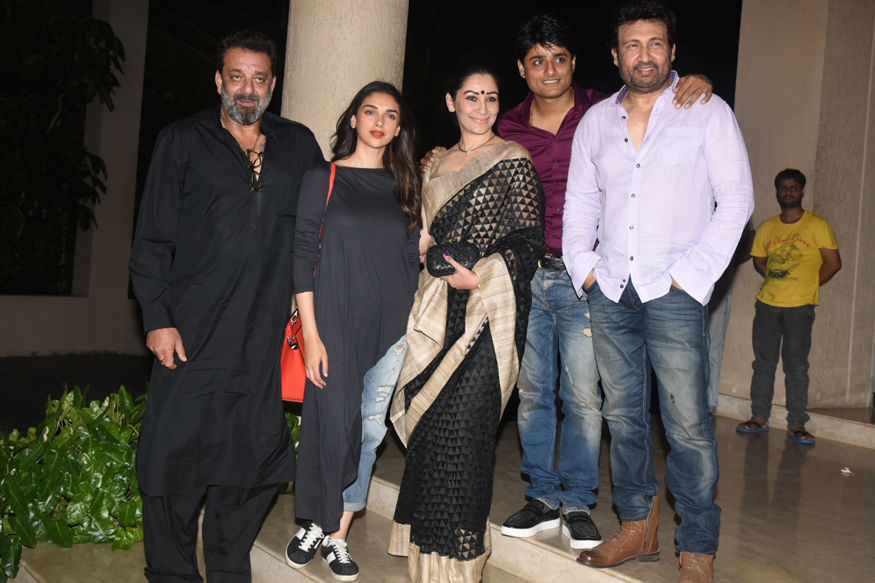 Aditi was at her casual best when she bursted in laughter while posing with Sanjay. Bhoomi, that marks the actor's comeback after his release from the Yerwada Central Jail, has been directed by Omung Kumar. soon after the shoot wrapped up, Sanjay got emotional and said that he had a wonderful time shooting for the film.