Ncuti Gatwa of 'Sex Education' on His Unapologetic & Carefree Portrayal of a Gay, Black Teenager

In a freewheeling chat, Ncuti Gatwa talks about the diversity of his character, the immense praise Sex Education has been receiving and more.

Ncuti Gatwa has successfully redefined the black queer narrative with his authentic and unapologetic role as a gay teenager of colour, Eric Effiong, in Netflix’s recently released Sex Education.

Gatwa’s character is not a manifestation of a stereotypical portrayal of a black, gay man, something which the viewers have been served in Hollywood for years now. It’s a brilliant attempt to depict the queer experience in the most refreshing way. And, a female-led writing room of Sex Education is one of the reasons behind it, Gatwa said.

In a freewheeling chat, Gatwa talks about the diversity of his character, the immense praise Sex Education has been receiving and how he rocked those gorgeous looks and outfits during the show.

Excerpts from an interview:

In Sex Education, you play Eric Effiong, which is one of the show’s most beloved characters. Your part is an epitome of diversity— he is openly gay, he is black, he belongs to a religious family.

It was honestly an honour to play him. He represents so many different intersections and so many people that haven’t felt represented before and so it was important to me to get him right. I really wanted to draw away from the stereotypes of gay best friend or black best friend because we’ve seen that before and its boring. Eric is so well written and I’m so grateful to Laurie Nunn for writing such fully fleshed character, he goes through a lot during the series and I think his journey and arc is going to be so important for people to watch and realise that the best way to lead your life is unapologetically and free. I love the fact that he is of Ghanaian and Nigerian descent also, because I am also African (my parents are Rwandan) and having that form of representation of screen felt really empowering as an actor to play. 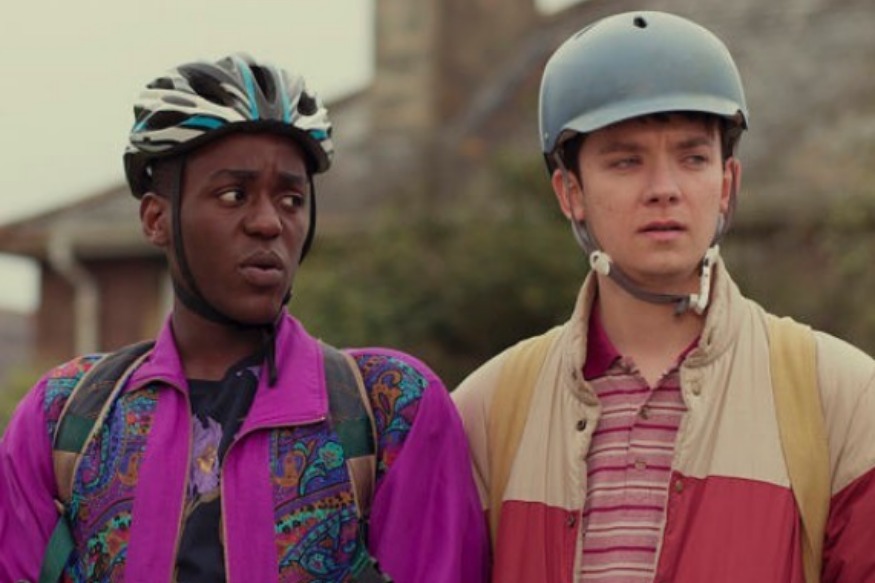 The best part about Eric is that he is just not defined by his sexuality. He is beautifully breaking the mould for what on-screen gay black boy can be, considering the long history of misrepresentation of such characters in Hollywood, barring a few films like Moonlight.

I’d have to say that I agree! I hope people watch him and know it’s okay to be themselves and that they don’t have to fit into the box that society tries to put them in. What I love about the show is that it takes all these classical high tropes that we’ve seen and it allows us to see past the shiny exterior, for example the jock struggles with anxiety and the virgin geeky boy is actually a sex expert… all the characters are so full fleshed and I think that’s all down to the writers. We had a female led writing room and I honestly think that’s what’s gives the shows its freshness, there is a different perspective and different stories being told and I love that about the show.

Critics and fans have fallen in love with just how diverse and empowering the whole show is. What was your first reaction when Sex Education script came to you?

I was super excited. I had never read anything like it and Eric had so many great scenes and lines that I thought “I really wanna get this part". I think by the time we started filming though, because of the set and the costume and things like that, I thought to myself " I wonder what this show is actually gonna be or what its going to look like" I knew we were onto something special but had no idea how it was going to manifest itself the way it has. The love and the support for the show has been crazy and I’m so happy and excited about that because I think it definitely is a timely show. The conversations that are being opened up in the show, the way it deals with sex without glamourising it but actually offering a frank open discussion I think is something people are particularly interested in seeing nowadays. 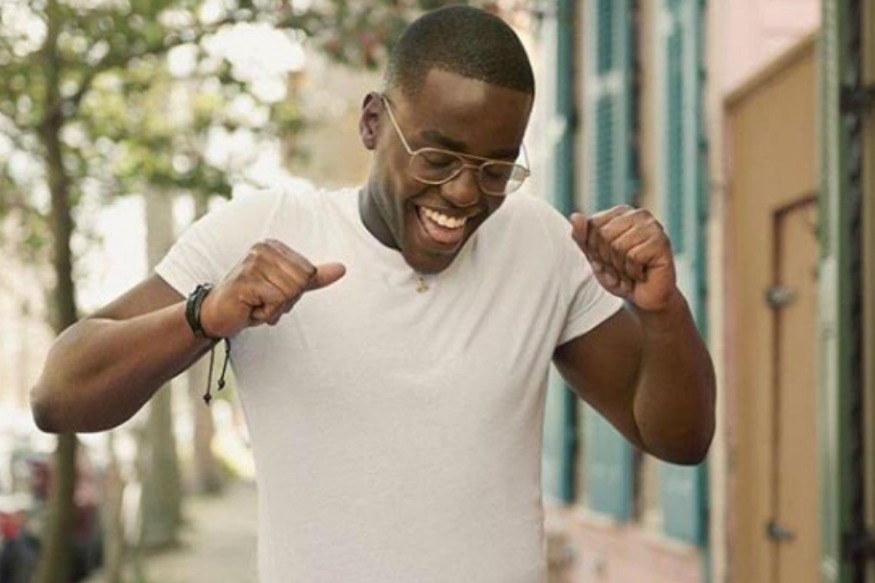 Tell us about your on-set bonding with Asa Butterfield.

There’s not much to say. He’s my little brother and I love him. Honestly as soon as we met it felt like we had been friends for years, we were just comfortable around each other. We’re quite similar to Eric in Otis is the fact that we are both very different personalities but somehow they just gel.

We also see Eric rock some fabulous make-up and other gorgeous looks and outfits during some episodes. How excited were you for that?

I was actually quite nervous as I had never worn much make up before, other than for stage. When I got the role I went into Harvey Nichols in the U.K and dropped some serious money on Fenty beauty. I then went home and watched a bunch of tutorials on how to apply makeup, its actually hugely fascinating and a real skill to master. I think make up artists are incredible anyway but my appreciation for what they do went up ten fold because by the time I finished my tutorials I looked like Krusty the Clown.

About the Author
Shrishti Negi
Shrishti Negi, Senior Correspondent, News18.com, reports on the Indian film industry, with a focus on gender. Her areas of expertise are Bollywood, in...Read More
Tags:
Read More