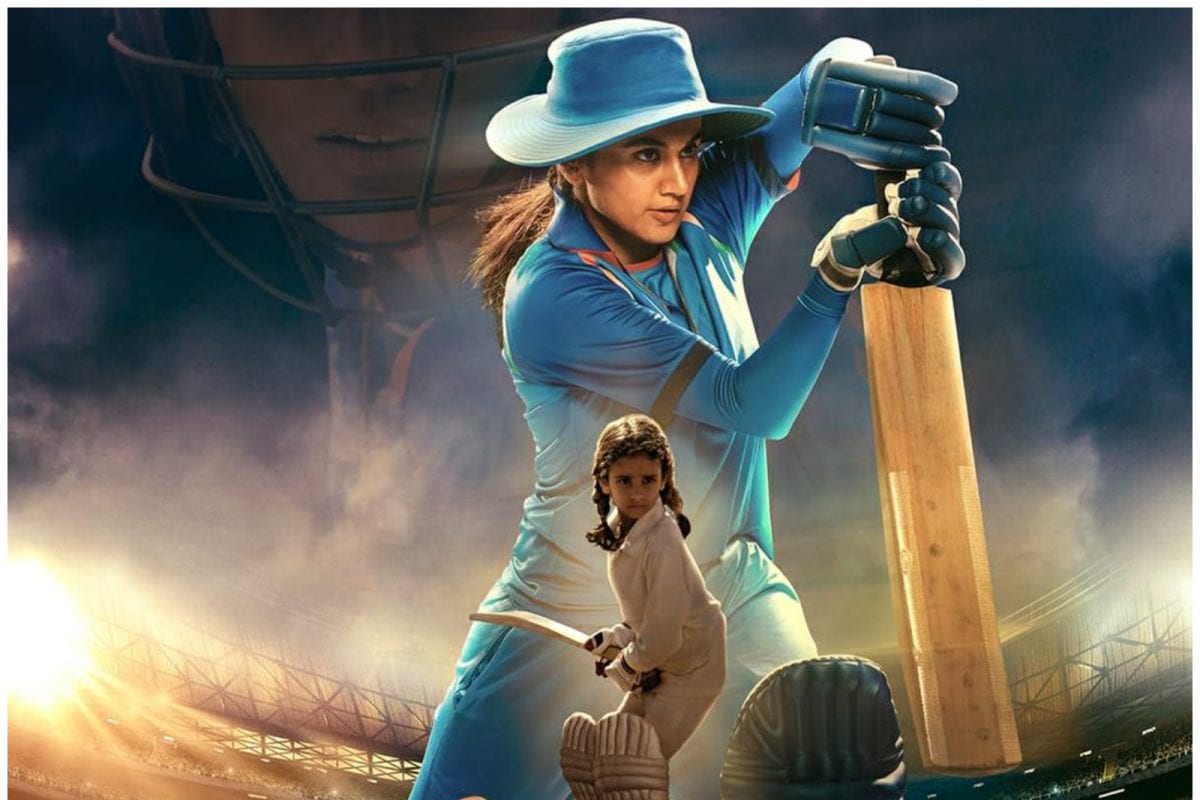 Despite its flaws, Shabaash Mithu, starring Taapsee Pannu, is a worthy attempt. The film has sincerity and has been crafted with care.

In one of the scenes in Shabaash Mithu, Taapsee Pannu who plays the titular character of former Indian women’s cricket team captain Mithali Raj, makes a list of things she has and the things she doesn’t. But she can’t write anything that she doesn’t have. This moment reveals that hers is not a rag to riches story but it is a struggle of a world champion which has been internal and against the system. Alas, there are very few of such rousing moments in the film which elevate the story from its script and make it a riveting watch.

A Bharatanatyam enthusiast, young Mithali stays with her family in Hyderabad. She loves cricket and secretly starts playing it with a friend (Noorie). With the washing paddle becoming her bat, stones replacing people as fielders and wooden sticks for stumps, she, one day is spotted by her coach Sampath (Vijay Raaz) who convinces her to trade her ghungroos for a bat. The girl is a natural and he takes big strides in the game with each passing day, much to her brother’s displeasure who actually wanted to be a cricketer. But her parents support her dream. From thereon, the film takes us through Mithali’s journey and the many roadblocks that she faced throughout her career.

Shabaash Mithu excels in the first half much like a T20 match in the first six overs, with stellar performances from the supporting cast, including the two child actors, Inayat Verma and Kasturi Jagnam, who are quite pleasant to watch. It is also amazing to see Taapsee transform into a young Mithali as she takes us through the younger days of the cricketer where she struggles to fit into the academy as a rookie player. The bond between the cricketer and her coach has been explored well too.

The film, however, loses pace after the interval. Mithali herself never feels like an adequately fleshed out character. In one impulsive moment, when she can’t get a grip on her anger, she decides to quit cricket when she is at the top of her games and goes back home with the intention of settling down. That scene has virtually no dramatic impact because the filmmakers fail to exploit it in a manner that points to Mithali’s unpredictability.

The film spans from her childhood days to 2017, yet several major milestones including being conferred with Arjuna Award in 2003 to receiving the Padma Shri in 2015 are missing in the film. A few major moments in the cricketer’s life just find a passing mention and aren’t really highlighted well.

Filmmaker Srijit Mukherjee along with writer Priya Avena also try to highlight too many issues — women’s empowerment, the shoddy treatment of female cricketers by government bodies, how ignorant most Indians are about the women’s cricket team, the difficulty women have in balancing personal and professional lives and, of course, the call to patriotism that runs through the film. The writers use broad brushstrokes to paint pivotal characters like the supportive parents, the persistent coach, a best friend and a few sleazy bureaucrats from the cricket board.

At a runtime of two hours and thirty-six minutes, the film also tends to become a bit slow and sometimes feels like a drama. The loud background music which is used to drum up emotion and drama barely enhances the narrative.

And yet, despite the bland scripting, Taapsee Pannu does an impressive job in the central role. She surrenders herself completely in becoming Mithali Raj and yet makes sure that she doesn’t mimic her. She becomes Mithali from the first frame and stays true to the character.

This was a Bollywood movie on cricket — merging the two passions that unite this nation, but the edge of the seat thriller and nail biting moments are clearly missing. In the end, the film ticks off a few of Mithali Raj’s career achievements and key personal struggles, but doesn’t tell you much about her as a person than the innumerable headlines do. There is blood and sweat and grit in this story, but very little genuine feeling.

However, despite its flaws, Shabaash Mithu is a worthy attempt. The film has sincerity and has been crafted with care. It deserves to be watched for the journey of a woman, who is responsible for the incredible rise of Indian Women’s cricket in the last two decades.