The Butterfly song from Imtiaz Ali's forthcoming film Jab Harry Met Sejal brought in the perfect flavour of Punjab. The celebratory song got everyone dancing to its beats and now the makers have released the behind the scene video where the team can be seen having a lot more fun shooting it. Butterfly is very different from what we have seen in the mini trails, trailer, and other songs. Not only is the song shot in India, it also showcases Anushka Sharma in a Punjabi attire. The song explores a whole new aspect of the story of Harry and Sejal. Butterfly is as Punjabi as it gets with khet, mela and the beautiful locations.

The 'behind the scenes' video of shows the team fluttering in the fields while Shah Rukh Khan and Anushka Sharma are seen soaked in the Punjabi vibe enjoying the traditional setting of the song.

Director Imtiaz Ali describes the song as happiness, celebration, a fiesta in the true Punjabi way. He is also seen directing the actors in a hilarious way, as he asks Anushka to run over everything she finds in her way. 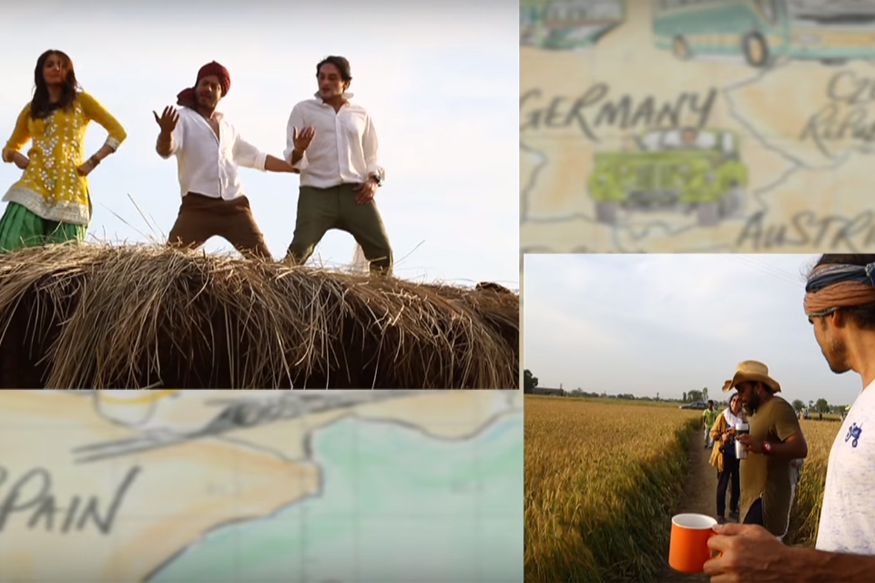 The BTS video also highlights the significance of the monuments and locations the song is shot at. Choreographer Bosco is also seen talking about the shoot and the director. A glimpse of the fun and friendly bond of the actors and director is on display as we see Imtiaz and Anushka joking around and pulling each other's legs.

Imtiaz Ali talks about the stardom of Shah Rukh Khan, as there was a huge crowd around the sets to catch a glimpse of the Superstar.

Presented by Red Chillies Entertainment, Jab Harry met Sejal is directed by Imtiaz Ali. The film is all set to release on August 4th, 2017.
Tags