As soon as news of the passing of Ajay Devgn's father, stunt director Veeru Devgan broke, members of the film industry came together to offer condolences. Not just messages on social media, many even turned up at Ajay Devgn's place to stand beside the grieving family. Shah Rukh Khan, a close of Ajay's wife and actress Kajol, was among the stars who arrived to pay his respects.

SRK arrived alone at Ajay's house and stayed for some time with the Devgan family before heading home. Today is also the birthday of SRK's youngest child, son AbRam. Veeru Devgn is credited with Ajay's grand entry into films with 1991's Phool Aur Kaante. In the film, he enters the screen for the first time riding on two bikes. This scene and hit songs made Ajay one of the most promising newcomers in the film. Veeru had also acted in films like Kranti, Saurabh and Singhasan. He had stopped going to film parties, but recently, he was seen at the screening of Ajay's film Total Dhamaal. 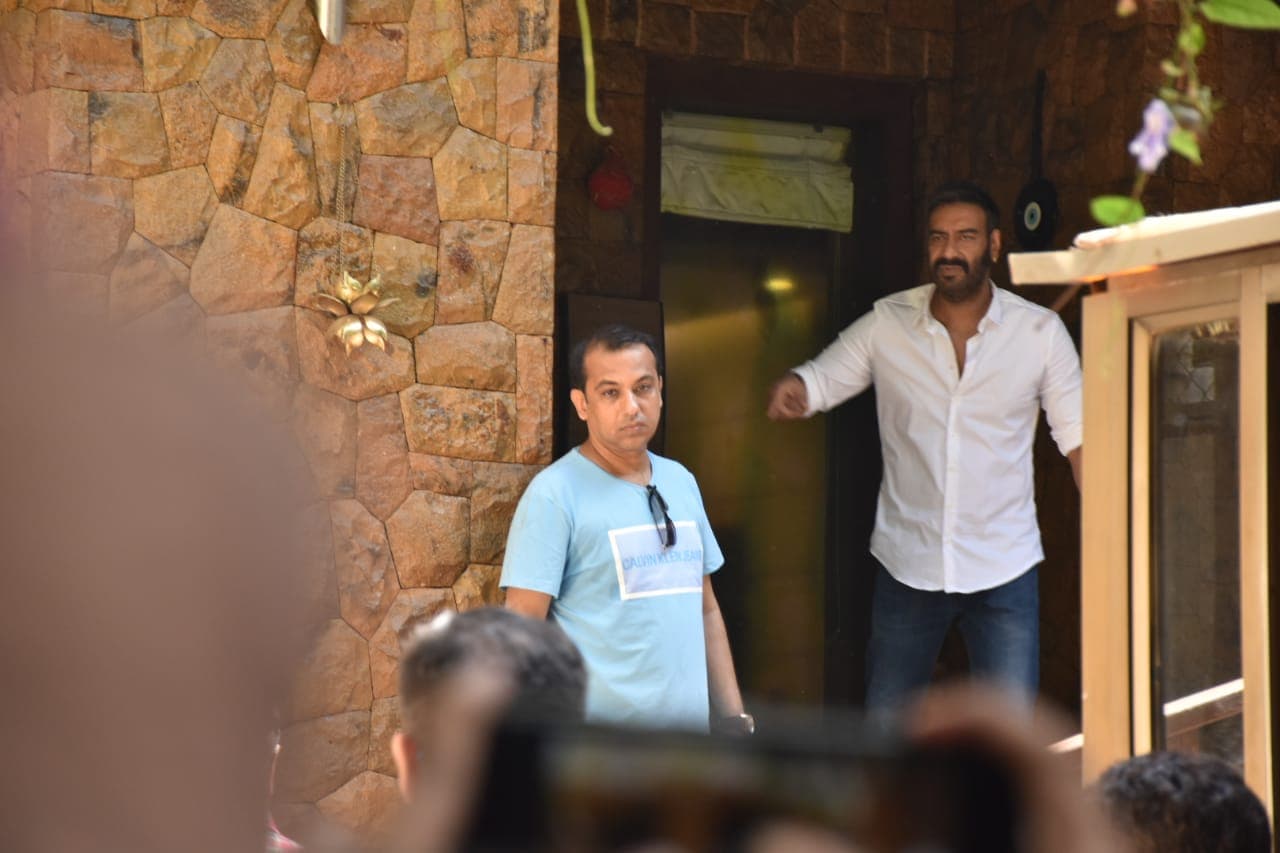 Ajay Devgn at his residence in Mumbai. His father Veeru Devgan passed away this morning. [/caption] Other filmmakers like Kunal Kohli, Abbas-Mustan were among those who paid tribute to the veteran stunt choreographer on social media, praying for his soul.

Veeru Devgan, aged 85, breathed his last on Monday afternoon at a hospital in Mumbai due to age-related issues, according to a source. He was admitted to the hospital after he complained of breathlessness in the morning. However, after being admitted, he reportedly suffered a cardiac arrest and passed away. The funeral will be held at the Vile Parle West Crematorium on Monday evening.