For some of the fans, this image of Shahid Kapoor, Mira Rajput and Kiara Advani is all things fun. Check out the reactions to the trio's viral pic below.

Shahid Kapoor attended the Diwali bash hosted by Amitabh Bachchan with wife Mira Rajput and later in the night, the couple also showed up at Sonam Kapoor and Anand Ahuja's residence for the festivities. The couple graced the occasion with their starry presence and looked graceful in their respective ethnic wear as they glammed up the parties with their charm and effervescence.

Shahid, Mira and Kiara caught up later in the night and even posed for a selfie that is now going viral on social media. Fans of Kabir Singh, featuring Shahid and Kiara in lead roles, could not help but poke fun at the moment that the three had captured in the selfie.

While some comments complained of the light on the artists' faces not being enough to get a nice and clear-enough pic, others resorted to 'Kabir Singh ki bandi' dialogue from the film. One user even commented on the pic writing, "Kabir with his reel and real bandi." (sic)

Check out the trio's pic from Amitabh's grand Diwali bash below: 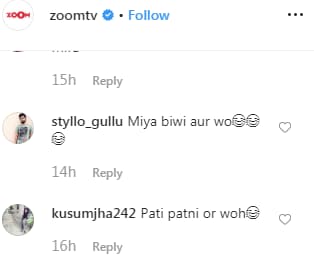 On the work front, while Shahid will next feature in the Bollywood remake of Nani's Jersey, Kiara is busy shooting for her upcoming film Indoo Ki Jawani. Kiara has also Bhool Bhulaiyaa 2 and Netflix film Guilty releasing in 2020.