Shahid Kapoor and Mira Rajput are expecting their second child together. Mira, an avid social media user who keeps treating her followers to a host of beautiful pictures of herself and Misha, recently explored the question feature of Instagram and answered many fan questions. While many of them were fun-filled, one of the followers asked the star wife whether she was expecting a boy or a girl.

To which, Mira replied, “Don’t know and doesn’t matter!” Well, that was quite an appropriate answer. 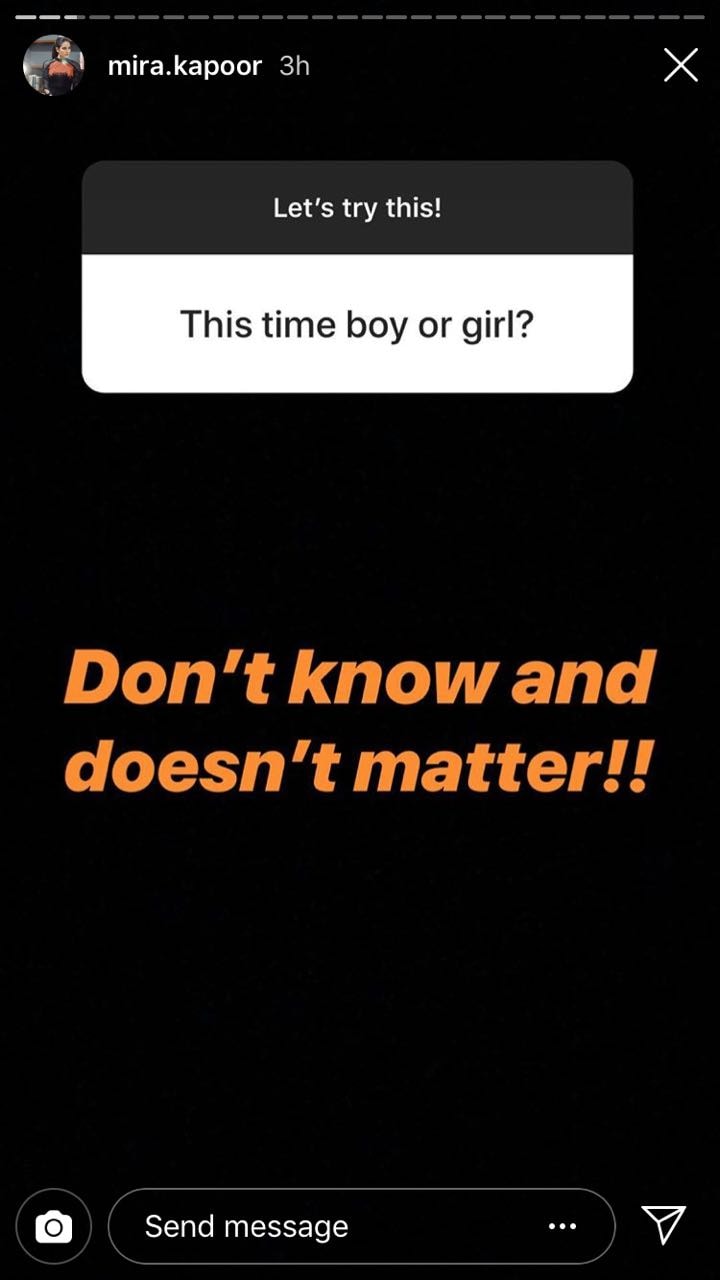 The couple already has a one-and-a-half-year-old daughter, Misha, whom they welcomed on August 26, 2016.

Recently the couple had also celebrated their third wedding anniversary. As Mira has been quite active on her social media she had shared a blurred picture of Shahid, captioned as, “Bad pictures make for the best memories. This is why I love you. Happy 3.”

Meanwhile, Shahid will soon be seen in Batti Gul Meter Chalu directed by Shree Narayan Singh. The movie is slated to release on August 31.