Nishant Bhatt walked out at 5th position by choosing the Rs 10 lakh briefcase and exiting the race to win Bigg Boss 15. Following Nishant’s departure from the show, the top four contestants vying for the BB 15 trophy were Karan Kundrra, Tejasswi Prakash, Shamita Shetty, and Pratik Sehajpal. Shamita Shetty was eliminated at 4th position. Tejasswi Prakash was declared the winner after she and Pratik reached top 2.

Samantha Ruth Prabhu was all praise for Sanya Malhotra as the latter danced to Pushpa’s Oo Antava. On Saturday, Sanya shared a video dancing to the hit item song on Instagram. The Meenakshi Sundareshwar star was seen grooving to the track with a choreographer in a dance studio. 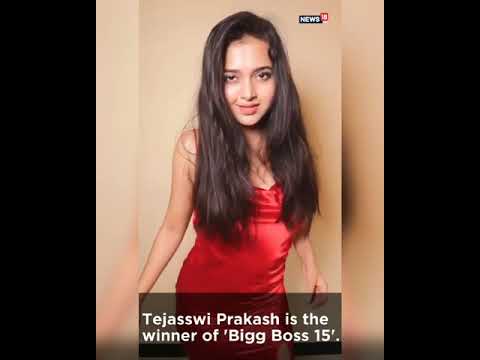 A video of Hrithik Roshan holding Saba Azad’s hand and guarding her while sitting inside the car went viral. However, in paparazzi photos and videos, Saba hid her face as Hrithik held her hands tightly. Hrithik wore a white T-shirt with a casual blue jacket and cream-coloured pants. Saba, on the other hand, was dressed in a black crop top with wide-leg pants for the dinner outing. Since then, there has been a lot of interest among fans in knowing more about Saba.

Read: Hrithik Roshan Spotted on Dinner Date with Saba Azad, Here’s All You Need to Know About the Actress-Singer

The housemates competing for the winning title of Salman Khan’s show are Pratik Sehajpal, Shamita Shetty, Nishant Bhat, Karan Kundrra and Tejasswi Prakash. In the penultimate episode, Rashami Desai got evicted from the show. Before that, News18.com had conducted a poll asking the audiences to vote for their favourite contestant and they have given their verdict.

Shreya Lenka from India’s Odisha is one step away from becoming the first K-pop star from the country. Belonging to Jharsuguda, the 18-year-old made it to the final round of global auditions held for selecting the fifth member of K-pop group Black Swan and has to beat Brazil’s Gabriela Dalcin to secure her place in the group. According to a report in Odhisha Bytes, Shreya is a trained dancer, singer and yoga practitioner and is now being trained by the Korean Music label DR Music Entertainment in South Korea.

Read: Shreya Lenka of Odisha One Step Away From Becoming 1st Ever K-Pop Idol From India