Ranbir Kapoor in a still from Shamshera trailer 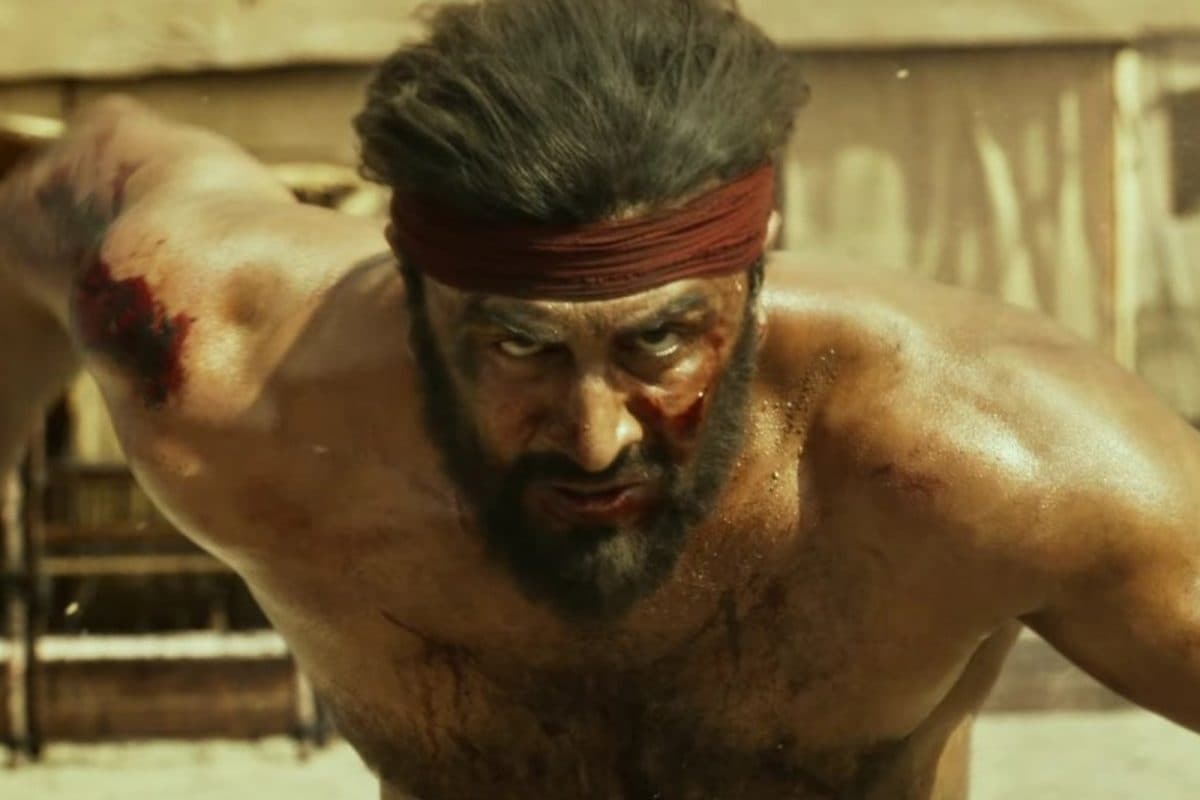 Shamshera, starring Ranbir Kapoor and Sanjay Dutt, doesn’t really have the punch or the thrill that is required to pull off a film of this scale.

Boosted by the huge box-office success of SS Rajamouli’s RRR or KGF-Chapter 2 starring superstar Yash, commercial Indian cinema has big things planned before the year is out. Among them are Aamir Khan’s return to the big screen with Lal Singh Chaddha, filmmaker Ayan Mukherjee’s most ambitious project Bhramastra: Part One or Ranveer Singh’s Christmas release Cirkus. And Shamshera, produced by Yash Raj Films: a 158-minute period swashbuckler that deploys one Bollywood’s costliest film with superstars Ranbir Kapoor and Sanjay Dutt to fight against each other and the British. As if that weren’t enough, the film was also released in IMAX.

Big, bloated, bombastic, Shamshera is a period saga that banks solely upon action and spectacle for impact. Karan Malhotra’s third directorial venture (after Agneepath and Brothers) might have been a lifeless parade of spectacular visuals without Kapoor and Dutt. Whenever Dutt is on screen though, the film develops a pulse. Kapoor, on the other hand, is the heart and soul, breath and blood.

Set in an India overrun by the British, the film revolves around Khameran, a tribe which is considered as lower caste people. Shamshera (Ranbir Kapoor) is the leader of the tribe who wants to free his people from oppression by the British army, whose clan is governed by the dreaded police officer Shuddh Singh (Sanjay Dutt). But the revolt leads to Shamshera’s death

The plot races 25 years ahead to introduce us to his son Balli (also played by Kapoor) who has dreams of becoming an officer. But he soon gets to know the truth and thus he takes upon himself to free his own tribe. Seeking vengeance for his father’s death, Baali becomes Shamshera and fights a twofold battle against Shuddh Singh and the British officers.

Shamshera is unapologetically commercial, masala-filled Bollywood fare, that does not ask to be taken seriously. It is a dacoit drama laced with action sequences and a few songs (actually many songs) and does not pretend to be anything but that. The story by Neelesh Misra and Khila Bisht’s story is cliched and outdated

It’s admirable that the 40-something Kapoor and 60-something Dutt partake in what is basically a VFX heavy project, and seem to give their best to it. But on the other hand, director Karan Malhotra, indulgently frames most of their moments in the hope that we recognise his coup of casting the two actors together in one movie for the first time ever. It is a big event for the makers of the film; the story however is secondary. As a result, their confrontations and battle sequences look plain and insipid. They always seem to be missing a crucial shot or two. For instance, there are a few CGI crows which appear when Balli is in trouble and they also rise to his rescue in the climax when he is fighting Shuddh Singh.

It is thus left to Kapoor, Dutt and the technical departments to save this film, and they do. The team of production designer Sumit Basu and DoP Anay Goswami ensure that the film is never short of pretty and grand. The film also serves up a good background score and a couple of songs by Mithoon are all hummable.

Kapoor, who plays the double role in the film, shines with his performances and rises above the weak screenplay. He puts his life and soul and deliver honest performances. The actor who is seen on the big screen after four years is a treat to watch.

With an abundance of mischievous dialogues and credible motivations, Dutt throws himself into his role with a lot of gusto and panache. He might be no match to his Kancha Cheena act from Agneepath. He is funny yet menacing and vicious at the same time.

Vaani Kapoor plays Sona, a dancer who gets to look sexy and dance mechanically, displaying technique but little grace in two lavish song and dance sequences on elaborate, eye-catching sets. She has a few scenes in the second half but disappears for the rest of the proceedings.

Ronit Bose Roy, Saurabh Shukla and Iravati Harshe who play the supporting characters have very little to contribute to this drama.

Shamshera doesn’t really have the punch or the thrill that is required to pull off a film of this scale. At 2 hours and 38 minutes, the film feels a little too long, blame it on weak editing. The grand canvas of the film does hold sway in terms of the visual experience, but at the end, this one is all show and shallow in substance. If you are expecting the film to give you a dose of entertainment, you’d be disappointed.