Shazam Movie Review: It's Not Deadpool But Way Better Than What We Thought

'With great power comes great responsibility' has been the basis of almost every superhero film. Same goes with Shazam, but DC's new origin film is an example of how the same theory can be revived with maturity and perfection.

The film tracks the comic character of Shazam which was introduced first in 1939. Originally named Captain Marvel by its creators Bill Parker and C.C. Beck, Shazam took its time in coming to the forefront.

Within minutes, Zachery Levi in the titular role, with his absolutely 'cool' sidekick Freddie Freeman (Jack Dylan Grazer), sets the tone for a fun ride. With witty punches, bright colourful suits and terrific comic timing, the film calms you down even after long office hours. 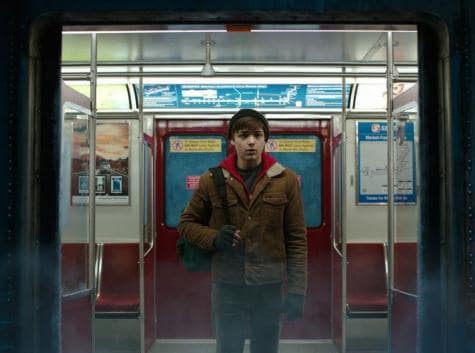 It follows a 14-year-old Billy Batson learning to become the successor of a wizard named Shazam. He is last of the wizard of the realm who has kept the seven deadly sins captivated under magic spells for years, you’ll probably need a quick crash course in getting the right connotations. He's getting older and weaker and needs to pass on his magic to somebody who's pure at heart and brave in his spirits. The wizard waits for years but he's not able to find that one worthy prodigy.

And then the inevitable happens. Some evil forces overpower the old wizard and as his last resort, he has to pass on the powers to Billy Batson, a foster kid who's in search of his mother.

Billy’s fortune changes and he turns into an adult red-costumed superhero with a lightning bolt on his chest and electricity zooming out of his fingertips. But underneath those pumped up muscles, he's a teen troublemaker who doesn't know how to deal with his newly found powers. With Freddie's deep love for DCEU's superheroes, he and Billy together begin their fun quest to discover Shazam's power.

Talking of DCEU's superheroes, Shazam! at several occasions mentions Superman and Batman subtly taking fans on a nostalgia trip. With a lightning bolt, freezing windows and wizards, it definitely strikes resemblances with Harry Potter too.

It’s a standard origin story told through two kids who are more stunned and excited than being responsible. Not going with over the top action sequences and high-end visual effects, Shazam is a simple film that has its focus on kids dealing with super powers they didn't ask for. The discomfited suspension of Billy/Shazam between boyhood and manhood adds a new dimension to an otherwise average superhero film.

Director David F Sandberg makes sure that nowhere in the film the audience loses the string that these magical powers are dealt by 14-year-old kids. For instance, the first thing Billy and Freddie do after the former turned into Shazam is go and buy beer. Admitting that 'it tastes like vomit,' the two go to the store again and return with some packs of Cheetos and Soda cans. You see what they did there? 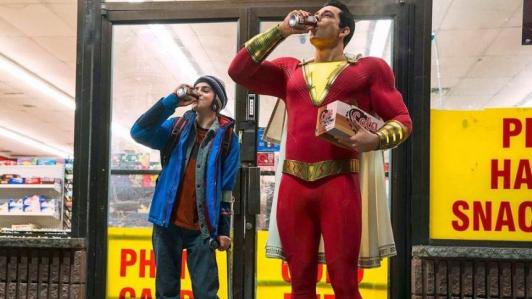 Ever since the trailer of the film was released, people started drawing comparisons between Marvel Cinematic Universe's Deadpool and Shazam, considering the humorous undertones in both the characters. However, DC’s Shazam is not Marvel's Deadpool.

The film's strength lies in the strong script, effortlessly well-timed humour and standout performances from Levi, Asher Angel (who essays Shazam's alter ego as the teen kid) and Jack Dylan Grazer. It is because of the cast that the film easily breezes its way through a genre which is currently filled with generic done to death plotlines.

The film is that it fails to build an aura around ‘supervillain’ Dr Thaddeus Sivana (Mark Strong). But, the final bolt from the blue at the end compensates for it. However, it wouldn't be wrong to say that this appetizingly charming, light-hearted entry into the DC Extended Universe has enough magic to pronounce that the future of DC is bright.