She Has My Heart, Arjun Kapoor Says of Malaika Arora on Romantic Candlelight Dinner in NY

Arjun Kapoor and Malaika Arora both took to Instagram stories to share moments from a candlelight dinner at the Empire State Building.

After months of unconfirmed speculation, it seems Malaika Arora and Arjun Kapoor have decided to go all out in expressing their love for each other during their ongoing vacation. The Instagram world is brimming with their public display of affection in New York. Arjun and Malaika both took to Instagram stories to share moments from a candlelight dinner at the Empire State Building.

Even though they avoided sharing any photos of themselves together, the mushy messages were enough to tell the story. In one photograph clicked by Arjun at the dinner table, Malaika had her face hidden with a scarlet heart-shaped bag. He shared it on his Instagram story and captioned it, "She has my heart, literally." 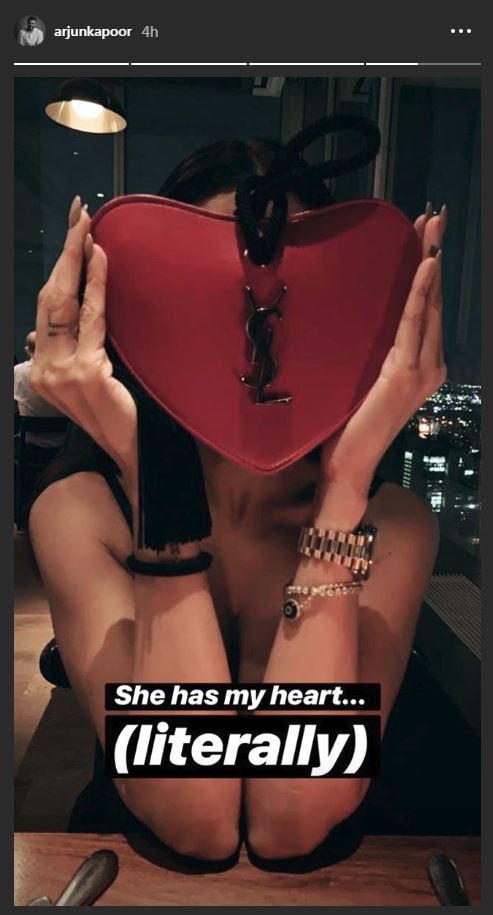 Malaika posted a number of photos, one which which showed that she participated in New York's Pride Parade, moments from which were captured by Arjun. The actor has been asking for photo credit on her posts, and some of his family members, including uncle Sanjay Kapoor, also joined in.

"Photo credit?" Arjun commented on the picture from the pride parade in which Malaika is seen in a crop top. On another photo of her sitting on a bench in a neon outfit, Sanjay Kapoor commented, "Who clicked the picture". Arjun followed with, "Ya who ??? Pray tell." 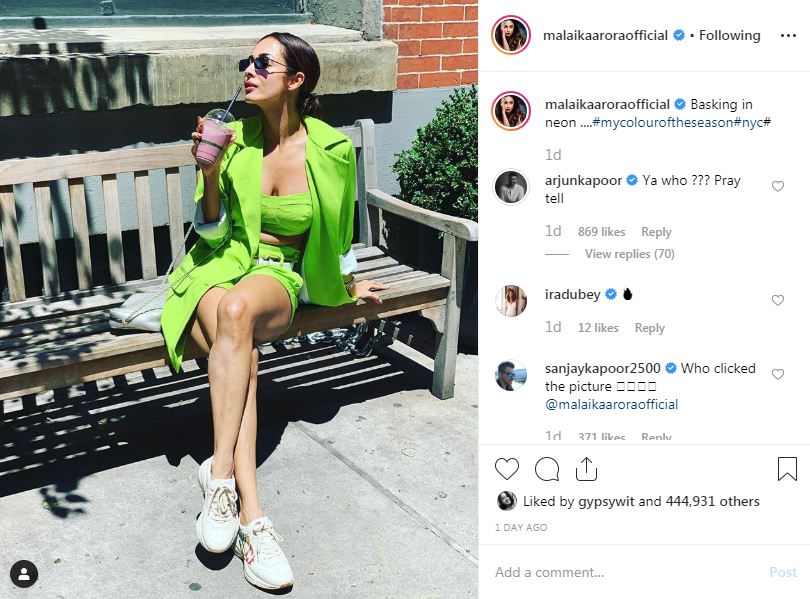 It was just earlier this week that Malaika made her relationship with Arjun Instagram official. She shared a romantic photograph with the Ishaqzaade star on social media to wish Arjun on his 34th birthday. "Happy birthday my crazy, insanely funny and amazing Arjun Kapoor... Love and happiness always," she had captioned the image in which the two held hands and snuggled away.