Shraddha Kapoor's sister Vedika Kolhapure turned five and the actress dolled up as Elsa from 'Frozen' film franchise for a theme party. Check out the sisters' adorable pics below.

Shraddha Kapoor's cousin Vedika has turned five on Friday and on the occasion the actress channeled her inner Elsa and dressed up as the beloved Disney animation character. Shraddha wore a blue coloured gown like the snow princess and also tied her hair in a similar manner to look like the character from Hollywood films Frozen and Frozen 2. Vedika is the daughter of Shraddha's aunt Tejaswini Kolhapure. Shraddha has often posted baby Vedika's pictures on her social media profile.

Meanwhile, Vedika, whose birthday celebrations were in order, dressed up as Cinderella and looked very cute. Shraddha and Vedika spent adorable times together at the latter's birthday party with family and close friends.

Shraddha gave little Vedika big surprise by dressing up as snow queen Elsa. Shraddha even shared pictures of herself as she dolled up to look like Elsa. Shraddha and brother Siddhanth Kapoor shared a lovely picture of the three cousins from Vedika's birthday party.

With both my angels ♥️💫, Elsa and Cinderella ♥️👸 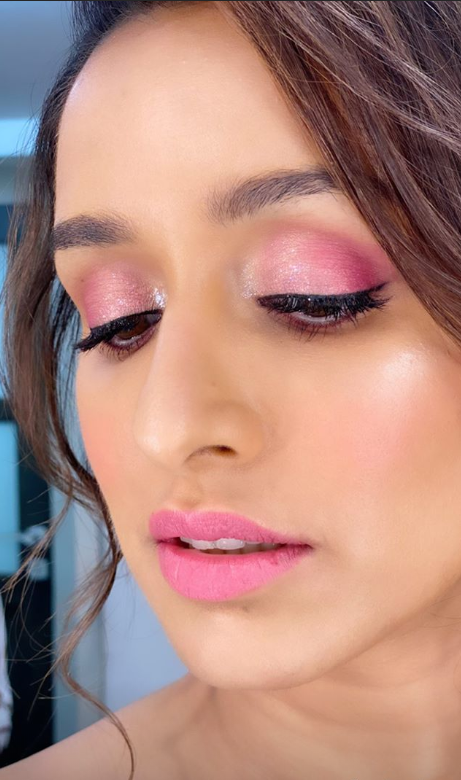 Meanwhile, Shraddha's latest release Street Dancer 3D with Varun Dhawan has earned Rs 56.77 crore in seven days at the box office since release on January 24. She is also working on a yet untitled film with Ranbir Kapoor and director Luv Ranjan. Her next, Baaghi 3 with Tiger Shroff has finished shooting and the actress shared pics from the wrap up party recently on social media.