Shraddha Kapoor Turns 30; Enjoys a Pre-birthday Bash With Family, Sets Off for Europe

Sharddha Kapoor turned 30 on 3rd March. But the celebrations began two days in advance as she celebrated with her staff and her family at her home. The actress posted a photo of the celebration on her social media platform and captioned it as "Early birthday celebration with the family before I leave tonight!!! Best times!!!!!(sic)"

Early birthday celebration with the family before I leave tonight!!! Best times!!!!!✨🌈❤

The actress later left for a 10-days long vacation in the Europe with her friends. Sources close to the actress state that she wanted to ring in her birthday in Europe with friends and hence left a day before the big day. The actress, who was last seen in Ok Jaanu, has been busy shooting for Apurva Lakhia's Haseena and the actress had been looking forward to the break. 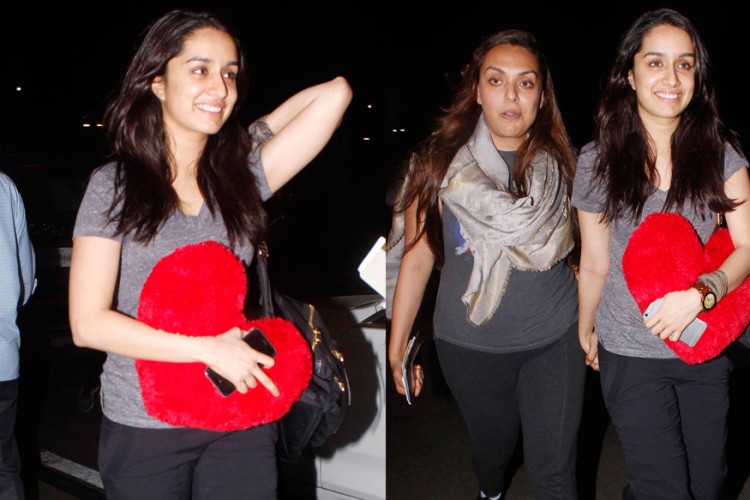 Shraddha spotted at the airport on Wednesday night. Photo by Yogen Shah

The family get together was reportedly planned by her mother who ensured that it was small, intimate gathering of family members.