While Sonam Kapoor attended the concert with her husband Anand Ahuja, Twinkle Khanna enjoyed her day with Akshay Kumar and their kids.

The Grammys-award-winning singer Adele did her first grand concert after five years at Hyde Park in London. The concert was attended by thousands of people and everyone had the time of their life during the musical evening. Bollywood celebrities also didn’t stay behind from witnessing the magical evening of the British singer singing live. While Sonam Kapoor attended the concert with her husband Anand Ahuja, Twinkle Khanna enjoyed her day with Akshay Kumar and their kids.

Sonam recently celebrated her baby shower at her London house. The actress, who is soon going to welcome her first baby with Anand, was spotted in a great mood in the Hyde Par. The video of the couple enjoying themselves at Adele’s concert is going viral on the Internet. In the original video shared by businessman Imran Amed, Sonam can be seen singing along with Adele. She is just in the flow as she enjoys the beautiful evening. To protect his loving wife, Anand made sure to be holding Sonam all the time as she gets lost in her own world of music.

Apart from Sonam and Anand, another couple, who made sure to not miss the opportunity of seeing Adele sing live was Twinkle and Akshay. The two are currently on a family vacation in London and what’s better than experiencing the thrilling day. Twinkle has shared a video on her Instagram giving a peek inside the ‘best day’ of her life. She first attended the Pride walk and cheered for everyone and then, later went for the lively concert with her husband and children. Sharing the video, the actress wrote, “You don’t wake up thinking it’s going to be one of the best days of your life. The best thing about the best day is it happens unexpectedly. It’s sitting on the grass with your family on a nice morning. Brushing against the joy of celebrating LGBT+ communities with Pride. Going to a concert, singing till you lose your voice, and getting teary-eyed looking at your child’s face, the one who claims to be Adele’s greatest fan.”

Meanwhile, Farhan Akhtar, too attended the concert with his wife Shibani Dandekar. 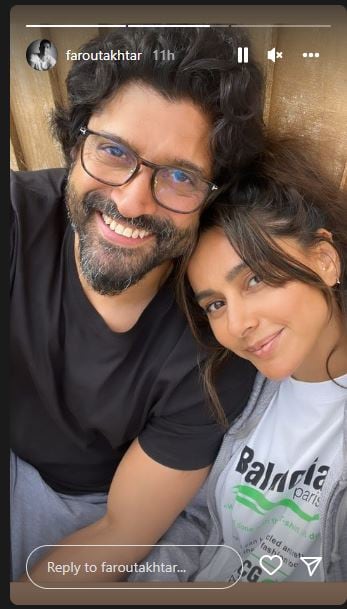 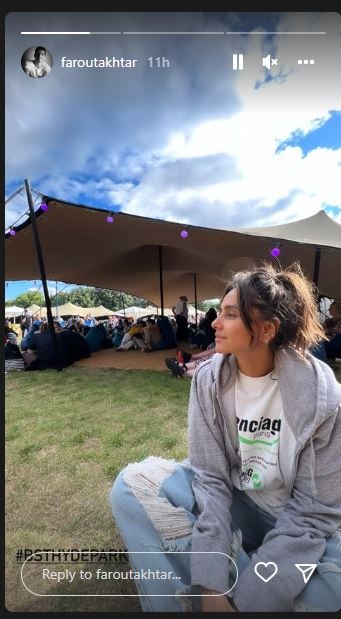 On the work front, Sonam is currently on a break from the big screens and is ready to embrace motherhood. Meanwhile, Akshay will next be seen in Raksha Bandhan alongside Bhumi Pednekar. Twinkle has turned writer after quitting acting in 2001. She has written three books so far and has turned a talk show host for her YouTube channel, Tweak India.