As the second phase of the Lok Sabha elections began today, south superstar Rajinikanth and music maestro AR Rahman were among the early voters. Actor-politician Kamal Haasan, alongwith actress daughter Shruti, were queued up to wait for their turn, so did actor Suriya and his wife Jyothika.

Rahman, after casting his vote, quickly took a selfie of his inked finger and posted it on Twitter. 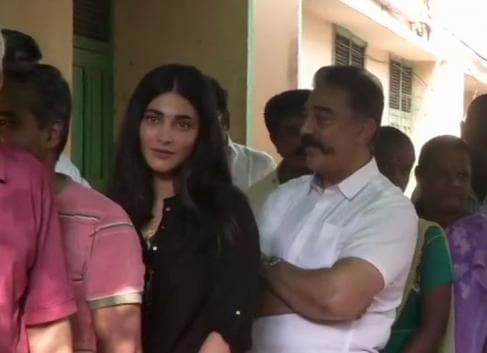 Rajinikanth cast his vote at Stella Maris College in Chennai, and greeted photographers and smiled for the cameras as he came out of the polling booth. 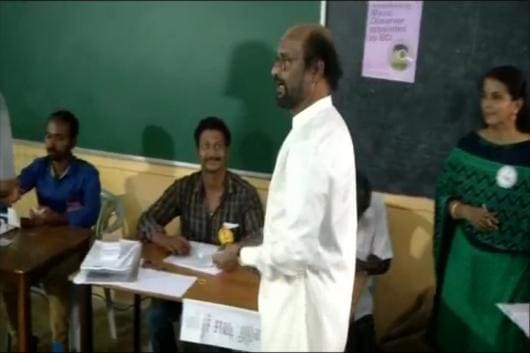 Tamil stars Vijay and Suriya, who came with wife Jyothika, were also spotted in queue to cast their votes. Superstar Ajith too cast his vote at a polling booth near his residence in Thiruvanmiyur here. The actor attracted quite a mob of fans, which had to be kept in control so that Ajith could step out of his car and enter the polling booth. 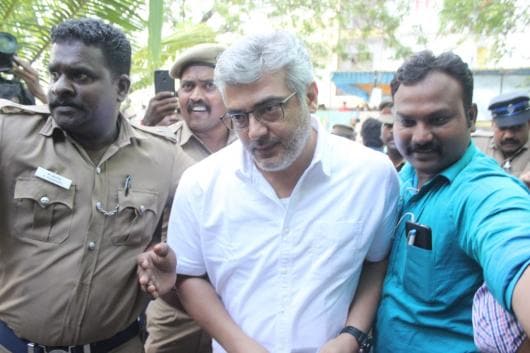 The second phase of the Lok Sabha polls today will see voters in 95 constituencies across 11 states exercise their franchise to decide the electoral fortunes of 1600-odd candidates. Polling is being held across 39 seats in Tamil Nadu, 14 seats in Karnataka, 10 in Maharashtra, eight in Uttar Pradesh, five seats each in Odisha, Bihar and Assam, two in Jammu and Kashmir and one seat each in Manipur and Puducherry.