Shah Rukh Khan Admirers, Rejoice! Here’s Why ‘Fan’ Is The Ultimate Treat For You

It’s not just a matter of pride, but also a matter of concern when Shah Rukh Khan does or doesn’t do something. For a man to have carved his niche, it doesn’t come as a surprise when a film is launched that promises to bring back the actor in him, and the entire nation goes gaga over it.

For somebody who has almost grown up drooling over Raj and Rahul and at the same time also inspired by Mohan Bhargava and coach Kabir Khan, it is hard to accept the same man playing Chandramohan Sharma (‘Happy New Year’), or Raj (Dilwale). It might not just bad for his acting graph, but it’s certainly worse for us. As fans, we’re forced to skip his films if he keeps doing such flicks.

It’s now been a 'pending' wish of countless fans all across the globe that SRK revisits his 'actor self' and gives a break to the acclaimed superstar. In June 2015, when the actor completed 25 years in the industry, a survey showed that while nearly 2.8 billion people knew who Tom Cruise is, around 3.2 billion were aware of Shah Rukh Khan. From ‘Deewana’ to ‘Dilwale Dulhaniya Le Jaayenge’, his journey has been no less than that of a textbook example of inspirational stories.

There isn’t just one thing that has gone wrong; but there are too many questions that remain unanswered from his end. Where did the actor in him go? When did he become a businessman in the garb of an actor? Why is it not important to look at the content while signing a film, or just the banner? If anybody thinks these films are entertaining, we’re sorry to burst the bubble but they aren’t, not even a tad bit.

Majority of his movies might be successful in breaking BO records, but not all win applause from his fans.

After watching the trailer and ‘Jabra’ song of his upcoming film ‘Fan’, it’s hard to express happiness in words. Even if it does have a lot of VFX in action, and a lot of over-dramatic animations per se, we’re still happy to get a glimpse of the actor that we thought we had lost somewhere.

Here are some of the reasons that will have several of his fans rejoice. We understand the need of lady love in SRK’s films, but a film without one just seems nothing less than perfect! It’s refreshing to see Shah Rukh Khan not romancing any actress but admiring himself. After a l-o-o-o-n-g time, we’ve seen him sport a different look; a look that’s definitely worth the wait. While there’s a super-star character, there’s also a common man, who by the looks of the trailer, looks interesting. 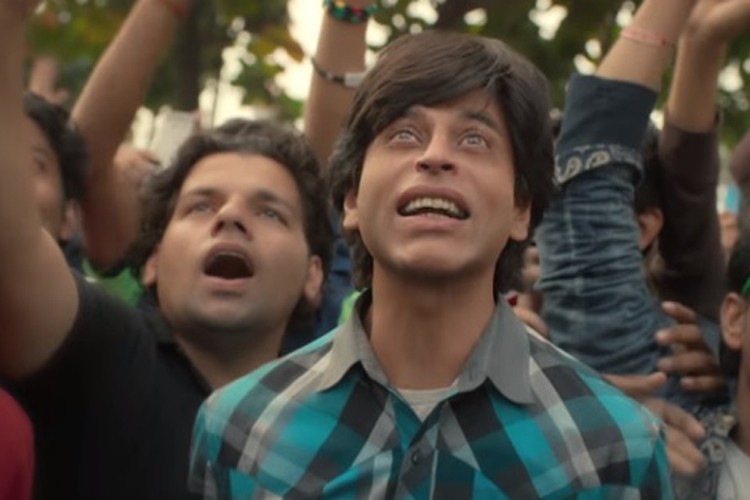 And it’s not the superstar we’re waiting for, but the character of his fan Gaurav Chanana is making us go crazyyyyyyyyy. The fact that Shah Rukh Khan enjoys stardom and fandom as huge as this universe - we are all interested to watch the movie. The fact that the actor signed a film with a fresh director, somebody who hasn’t been tried yet is intriguing enough to spend those bucks on the ticket.