Streaming Now: After a Thrilling Time with Bard of Blood, Tune Into Courtroom Drama State vs Nanavati

While Emraan Hashmi stars as an Indian spy in Netflix show Bard of Blood, The Verdict - State vs Nanavati takes us back to the controversial 1959 case.

A number of big releases this week on streaming platforms. While Bard of Blood has dropped this weekend on Netflix, coming midweek is the Ekta Kapoor produced The Verdict - State vs Nanavati on ALTBalaji and ZEE5. Emraan Hashmi turns into a spy in Bard of Blood set in Balochistan, where he is called back to help save four Indian agents taken hostage by the Taliban. Sobhita Dhulipala joins him on the mission as an analyst in India's spy set-up.

After the 1959 Indian judiciary case, KM Nanavati vs State of Maharashtra inspired the Akshay Kumar-starrer Rustom, the controversial case has now been made into a web series starring Manav Kaul, Elli Avram, Angad Bedi and Sumeet Vyas.

Here are the titles we suggest you binge watch this week. 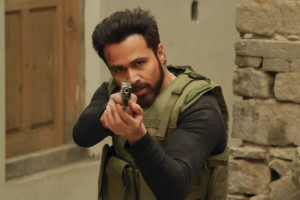 Starring Emraan Hashmi and Sobhita Dhulipala, Bard of Blood is a literary adaptation. Director Ribhu Dasgupta has converted the words of Bilal Siddiqi in his 2015 novel into visuals, grippingly narrated in seven episodes and brought to the streaming platform by Netflix. Hashmi is an Indian spy, who had disappeared into the literary world after the death of his friend and companion on the field. He is called back to help save four Indian agents taken hostage by the Taliban in Balochistan.

This is Us S4 (Hotstar Premium) The Pearsons are back. The fourth season premiere of This Is Us — arguably the biggest American network show at the moment — is now streaming on Hotstar in India. This Is Us season 4, episode 1 'Strangers' will jump to the 1970s to show us when Jack (Milo Ventimiglia) and Rebecca (Mandy Moore) first started dating, and the former met the latter's parents. Elsewhere, new as-yet unknown characters will be introduced in This Is Us season 4, episode 1, which is slightly longer than usual and hence arrived on Hotstar a little after its usual air time. Season 4 of the series will run for a total of 18 episodes, same as the first three seasons.

The Verdict - State vs Nanavati (ALTBalaji and ZEE5)

A woman’s choice, a soldier’s action, and a man’s decision—all three had their own side of the story. Each one was questioned, inside and outside the courtroom, in a case that divided India. #TheVerdictStateVsNanavati streaming in 2 days. . . #ALTBalajiOriginal #ZEE5Original

Created and produced by Ekta Kapoor, the series revolves around the 1959 Indian judiciary case, KM Nanavati vs State of Maharashtra where an Indian Naval Command Officer, Kawas Nanavati (Manav Kaul) is accused of murder of Prem Ahuja, who was said to be having an affair with his wife Sylvia (Elli Avram). It is an intriguing tale of jealousy, murder, mystery, political drama and Indian judiciary. The series also starts Sumeet Vyas and Angad Bedi. Having already won hearts with its realistic yet funny portrayal of lives of girls in a hostel, this TVF show is now going to be available on a major streaming platform. Girls Hostel will be dropping on Netflix this week. Revolving around a group of girls studying in St. John's Dental College and the hostel they stay in, the series takes us through the lives of these girls, their coming together and the ups and down they face amidst realistic situations. The series has Ahsaas Channa, Srishti Srivastava and Simran Natekar playing central roles along with Parul Gulati. Created by the same minds behind The Big Bang Theory, Chuck Lorre and Steven Molaro, Young Sheldon debuted in 2017 with a 22-episode first season. Set in 1989, the show chronicles Sheldon's years as a high school student in Galveston, Texas. Young Sheldon finished its second season the same night The Big Bang Theory ended. But unlike it parent series, the spinoff is slated to return for more adventures for the boy genius and his family in the third season of the prequel show.