Choked is set against the backdrop of demonetisation, while Chintu Ka Birthday is the story of an Indian family stuck in war-torn Iraq in 2004.

What will you do if you suddenly find your kitchen sink regurgitating wads of money? And what if that money is in currencies that have been declared useless by your country's government? Anurag Kashyap's new production Choked explores this question through a thriller setup in a middle class neighbourhood.

Chintu Ka Birthday is set in April 2004, a year after the US-led invasion of Iraq and four months after the capture of Saddam Hussein. Chintu is a 6-year-old boy stuck in war-torn Baghdad with his family which is trying to celebrate his birthday. Will they be able to?

These are questions that these films released on OTT platforms this week are trying to answer. Find out for yourself.

Choked: Paisa Bolta Hai (Netflix)
Directed and co-produced by Anurag Kashyap, written by Nihit Bhave, and jointly produced by Netflix and Good Bad Films (in their debut production), Choked: Paisa Bolta Hai stars Saiyami Kher (of Mirzya fame) and Malayalam actor Roshan Mathew. Amruta Subhash and Rajshri Deshpande appear in supporting roles. Set in the context of the 2016 demonetisation, Choked tells the story of Sarita Pillai (Kher), a bank teller with a long-sacrificed dream of making it big as a singer that routinely haunts her. Her life changes when one night, she finds wads of carefully packaged cash gushing out from underneath her leaking kitchen sink.

While playing Sarita, I’ve experienced everything from joy to rage to greed to heartbreak & hope. ‬ ‪I hope you’ll come along for the ride! #Choked out on 5th June only on @netflix_in ‪Directed by @anuragkashyap10 ‬ ‪Written by @misterbistar ‪Co-starring @roshan.matthew ‪#Choked‬ #paisaboltahai #Netflix ‪

Chintu Ka Birthday (ZEE5) It’s a light heart family drama centering on a 6-year-old boy named Chintu, stuck in Iraq with family at the time of Saddam’s fall. It is April 2004 and the US-led allied forces have been in Iraq for a year now. All Indians have been brought home, so says the Indian government. But there are those who migrated to Iraq illegally, still waiting to find a way out. On the day of our story, one such family prepares to celebrate the 6th birthday of their youngest member, Chintu. Their kind-hearted Iraqi landlord lends them a helping hand. But will the violence that rages in the world outside rob Chintu his moment of joy? Directed by Devanshu Singh & Satyanshu Singh, the film stars Vinay Pathak, Tillotama Shome, Seema Pahwa, Reginald Barnes, Nathan Scholz and Khalid Massou. It is produced by comedians Tanmay Bhat, Rohan Joshi, Ashish Shakya and Gursimran Khamba of All India Bakchod under their banner First Draft.

13 Reasons Why Season 4 (Netflix)
The controversial teen drama has returned to Netflix for a fourth and final season. Showrunner Brian Yorkey has said that "bringing these characters to their graduation and to scattering to their next things felt like the logical ending point." The show was inspired by Jay Asher's book of the same name but has long outrun the original source material. In the aftermath of season three's finale, the new episodes pick up with Winston (Deaken Bluman) seeking justice for Monty (Timothy Granaderos), who was killed in prison after being framed for Bryce's murder. The final season of the show is shorter than usual, consisting of only 10 episodes instead of the customary 13.

Everything has led to this. The final season drops June 5th.

Kehne Ko Humsafar Hai S3 (ZEE5 & ALTBalaji) Kehne Ko Humsafar Hain is a romantic series starring Ronit Bose Roy, Mona Singh and Gurdeep Kohli. Rohit, a middle-aged man, has a caring wife and loving family, but he falls in love with Ananya. What happens when he decides to turn the course of his life? This romantic drama’s second season ended with a twist: Ananya comes to know about the intimate night between Rohit and Poonam. She then wishes to get separated from Rohit while he endeavours to save his marriage desperately. The third season, which premieres today, takes the story forward from there.

Den of Thieves (Lionsgate Play)
This 2018 action-crime film written, directed, and produced by Christian Gudegast stars Gerard Butler, Curtis "50 Cent" Jackson, and Pablo Schreiber, among others. In the film, an elite group of County Sheriff Deputies look to stop a gang of thieves planning to rob the Federal Reserve in Los Angeles. Butler stars as Detective Nicholas "Big Nick" O'Brien, a gritty Los Angeles County Sheriff's Department officer who is hell bent on bringing down the crew who plan on robbing the bank in Downtown Los Angeles. Butler was required to gain 25-30 pounds in a short period of time for his role. 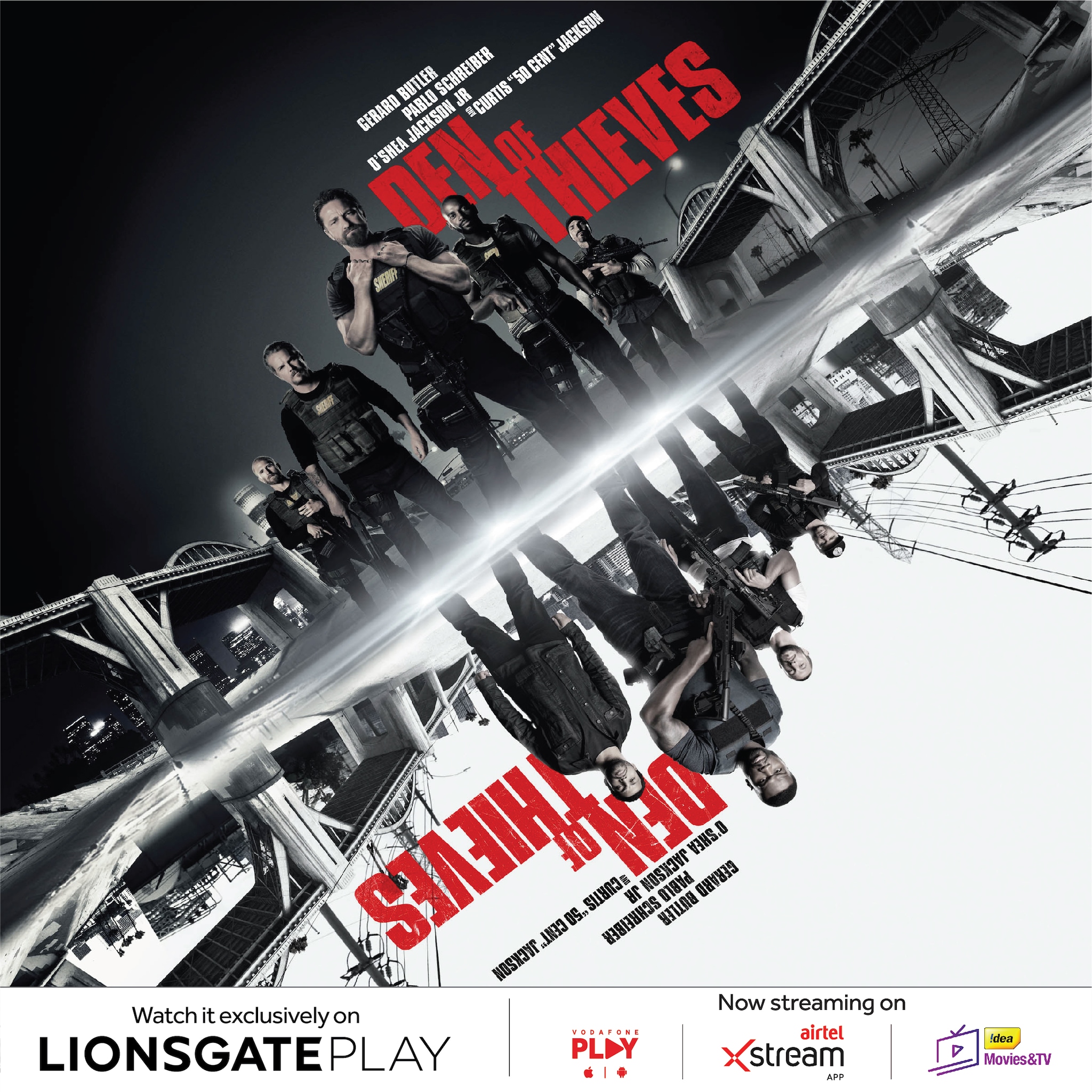 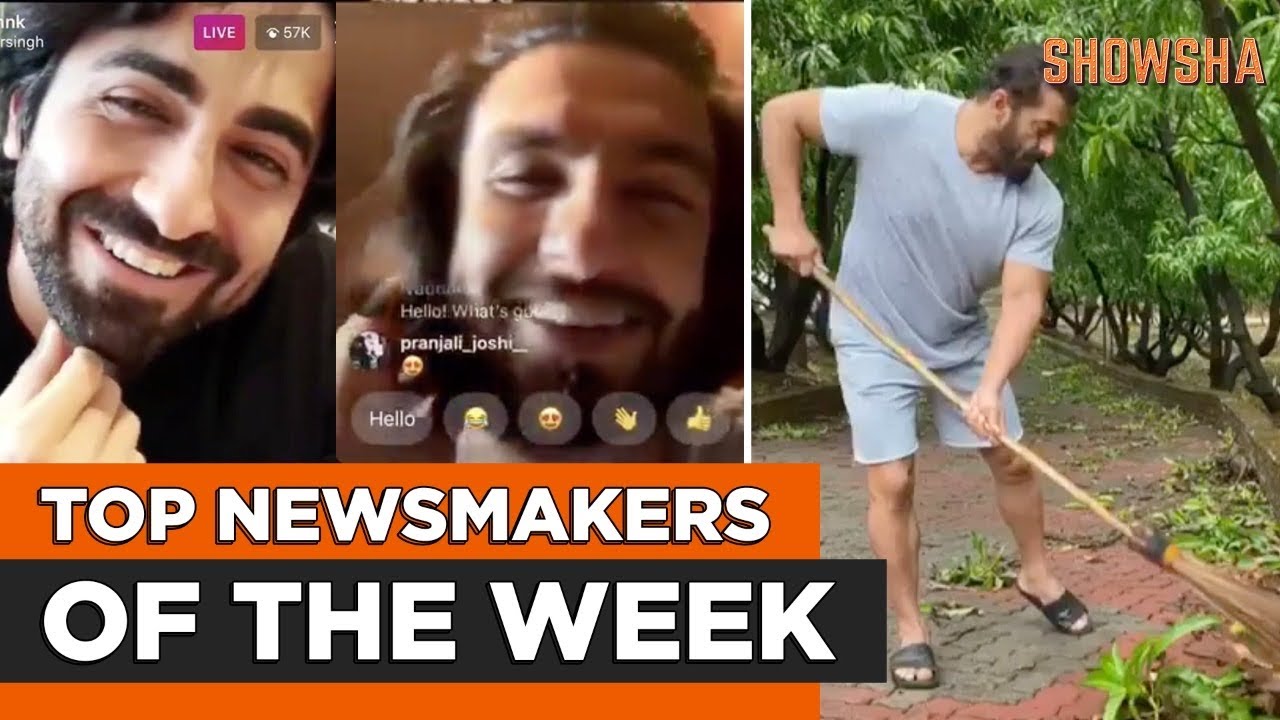