Aamir Khan’s documentary Rubaru Roshni is just one of the many mirrors to the society being put up on platforms like Hotstar, Netflix and Amazon Prime this week.

Take a break from fiction this week to delve into some realities of life. Documentaries like Aamir Khan’s Rubaru Roshni, based on families that forgave culprits who wronged them, and Lauren Greenfield’s Generation Wealth, exploring society’s obsession with making money, will give you an insight into the lives of real people. If you’ve missed the airing of Aamir Khan’s documentary on Star Network on Republic Day, you can stream it on Hotstar. Helmed by Svati Chakravarthy Bhatkal, Rubaru Roshni showcases three impactful tales of forgiveness. Three families, who lost their loved ones because of another human, talk about their ordeal. Instead of getting the culprit punished and seeking revenge, the families decide to forgive them. In the documentary, they talk about what made them take the big decision, and how it helped them get closure. Generation Wealth is a 2018 documentary film directed by Lauren Greenfield. It follows Greenfield's 2017 book and photo exhibition of the same name. Greenfield has spent years photographing the world’s richest people. This documentary explores society’s obsession with becoming rich at any cost and its consequences. Greenfield examines materialism, celebrity culture, and social status using first-person interviews in Los Angeles, Moscow, Dubai, China and around the world. Generation Wealth was selected to be the opening night film at the 2018 Sundance Film Festival in the Documentary Premiere programme. 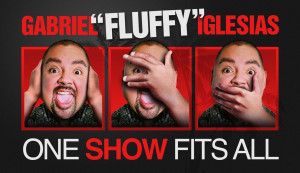 Here’s reality served with, not a pinch, but a lot of humour. In a new comedy special for 2019, Gabriel "Fluffy" Iglesias discusses his teenage son, encounters with Snoop Dogg and an overzealous fan, and more. The show includes a series of stories about some of his favourite subjects — food, his family, his Mexican heritage, albeit with lots of the comedian’s trademark sound effects and imitations. 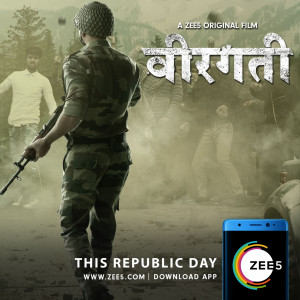 This one is fiction, but inspired by real events. ZEE5’s fourth original film, Veergati, presents the poignant tale of a martyr’s tragic fate, forcing viewers to question the core fundamentals of patriotism and one’s duty towards the country. The Marathi film highlights the challenges our jawans face to ensure the safety of our country. Set in the 1980s in New York City, Pose is a dance musical that explores the juxtaposition of different segments of society in New York - the rise of the luxury universe, the downtown social and literary scene and the ballroom culture. The series has been hailed as unprecedented and revolutionary, and one of the best works of Glee creator Ryan Murphy. Pose has its trans characters played and written by trans people who can actually enunciate the experiences they’re portraying.