A number of classic movies are coming to Netflix this week. Julie Andrew's Mary Poppins, a restored version of Disney's classic Cinderella, Julia Roberts' Pretty Woman, and so on. Netflix is also unleashing three of the Jurassic Park films, besides some new content. Here are our picks for the week: This one promises to be a laugh riot with Rebel Wilson playing an architect who hates the idea of a romantic comedy because of a mentality her mother left her with. Natalie (Rebel Wilson) lives her life as if she isn’t worthy of love or success, but one accidents lands her right in the middle of a rom-com for real. Priyanka Chopra's latest Hollywood outing did open to mixed reviews, but it's worth a watch if you are looking for a rom-com with a twist, and a very hot Hemsworth brother. Watch the delightful Julie Andrews in her breakout film, which won her an Oscar. The film received a total of 13 Oscar nominations and won five. Andrews did not want to make a guest appearance in the recently released sequel of the film, and with good reason. She did not want to steal the limelight from Emily Blunt, because the 1964 classic still remains a favourite among viewers. Indulge in some more nostalgia this week with your favourite dinosaur movies. Netflix is dropping Jurassic Park and its sequels The Lost World: Jurassic Park and Jurassic Park III this week. If you were too young to remember when you watched these first, or not even born back then, this is your chance to catch up on these landmark movies in the history of Hollywood sci-fi. Who doesn't like a good vampire show? Van Helsing is set in the near future, where vampires have risen and taken control. Fans of the first two seasons of this fantasy-drama series will be delighted to know that the third season drops on Netflix this week. Season 3 is as good as it gets, with a fleshed out mythology which continues to deepen, and a group of survivors who now feel like a family. 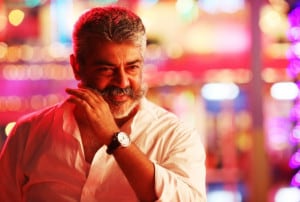 While it was expected that Viswasam will be a success at the box office, it turned out to be Thala Ajith's biggest blockbuster. This action drama created box office history in Tamil Nadu, despite clashing with Rajinikanth's Petta. Missed it in theatres? Catch it on Amazon Prime this week.

We will be back next week with a new set of shows and movies you can watch online.