Streaming Now: With Ludo, Chhalaang and MumBhai, it's a Packed Diwali Weekend on OTT

Stay home and have a safe Diwali with these new films and web series releasing over the long weekend on streaming platforms.

This year Diwali and Children’s Day has coincided and since it’s also a long weekend, OTT platforms have brought out their much-awaited titles. With the release of films like Ludo and Chhalang, and web series Aashram season 2 and MumBhai, it’s a packed weekend for binge-watchers.

Here are the new titles that are dropping over the extended weekend. Get your remotes ready!

Ludo (Netflix)
Directed by Anurag Basu, Ludo is a dark comedy film built on the theme of the popular Indian board game. Actors Pankaj Tripathi, Abhishek Bachchan, Rajkummar Rao, Aditya Roy Kapur, and Fatima Sana Sheikh get into a variety of situations in which they cross each other’s paths, rather like the tokens in ludo. From a resurfaced sex tape to a rogue suitcase of money, four wildly different stories overlap at the whims of fate, chance and one eccentric criminal with elements of mythology representing the butterfly effect where events are tied with one another just like the roll of the dice. 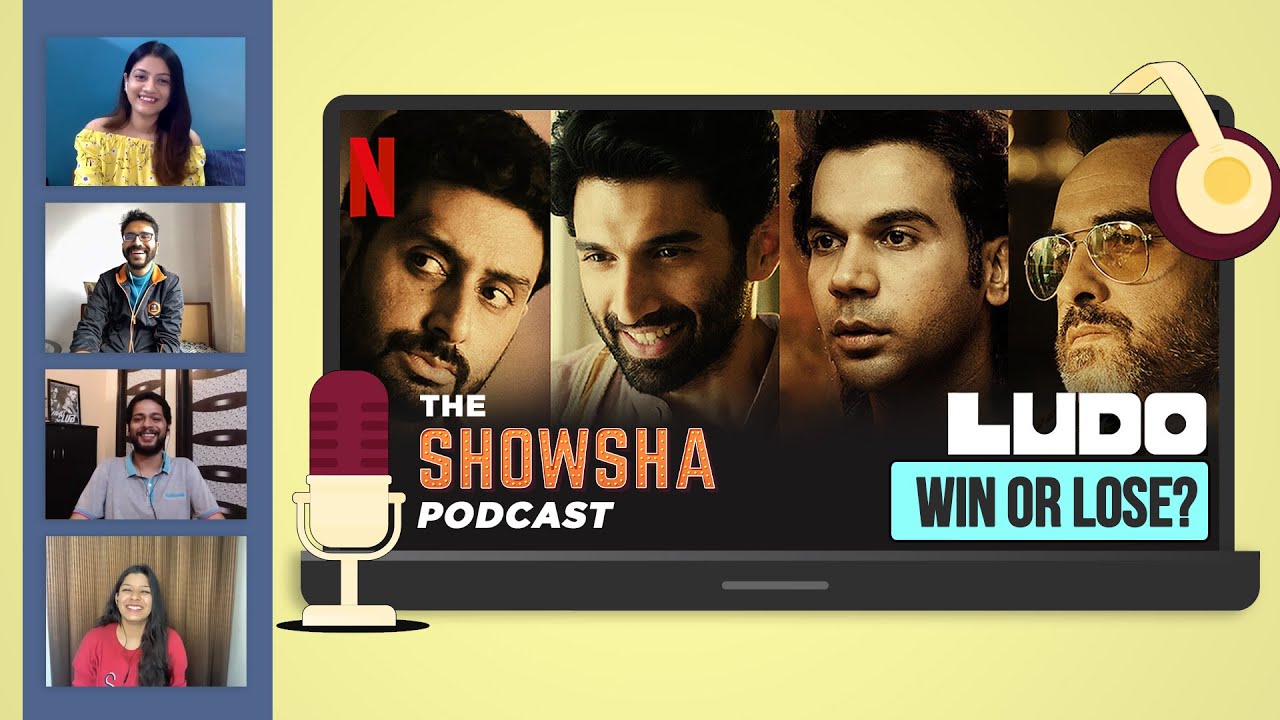 Chhalaang (Amazon Prime Video)
Chhalaang is a hilarious yet inspirational journey of a PT master from a semi government funded school in Northern India. Montu (Rajkummar Rao) is a typical PT master for whom it is just a job. When circumstances put everything that Montu cares for at stake, including Neelu (Nushrratt Bharuccha) who he loves, Montu is forced to do what he has never done – teach. Directed by Hansal Mehta, the film also stars Rajkummar Rao Saurabh Shukla, Satish Kaushik, Mohammed Zeeshan Ayyub, Ila Arun and Jatin Sarna in pivotal roles. The film will strike a chord with children with a well-times premiere on the eve of Children’s Day. It could also be a good option for family viewing on Diwali.

MumBhai (ZEE5 and ALTBalaji)
MumBhai is the story of Bhaskar Shetty, who has sworn to wipe the city criminal free, but faces a number of obstacles in his way. In 1990, Mumbai Police set up the Anti-Terrorism Squad to counter crime syndicates. Between cops and gangsters eyeing the crown of power and politics, an action-packed story unfolds in this series. In a bid to rule the town, gangsters operate ruthlessly, and so do the police in order to stop them. The series stars Angad Bedi, Sikander Kher and Sandeepa Dhar in major roles.

The Crown Season 4 (Netflix)
The Crown has become one of the most successful shows on television. The costly biographical retelling of Queen Elizabeth II’s life – from her marriage to Prince Philip right through to her present-day reign – will continue with a fourth season that drops on November 15. Over the years, we’ve seen the queen evolve from a young maiden to the eternally nonplussed pillar of British culture. The new season will introduce two of the biggest threats in Queen Elizabeth’s historic reign – Margaret Thatcher, who is being played by Gillian Anderson, and Diana Spencer, played by Emma Corrin.

Aashram Chapter 2(MX Player)
Aashram is a crime drama series directed by Prakash Jha, written by Habib Faisal and starring Bobby Deol in the lead. The story revolves around a Baba Nirala, played by Bobby Deol, whose followers have blind faith in him and will do anything that he asks of them. But this Baba is a conman, who makes sure that his devotees leave behind their wealth to him and stay attached to the Aashram for life. The second instalment picks up from where its debut season had left off, with Baba getting nastier by the day and politicians getting greedier by the night.