From a light-hearted take on surrogacy to a time-travelling sci-fi film with two teen prodigies on a series of dangerous trips to the past, here's our list of recommendations for the week.

Tired of the same stereotypical portrayal of mothers in Bollywood? ZEE5 has come up with a comedy that deals with the idea of surrogacy in a light-hearted manner. It encompasses the journey of a surrogate mother, played by Patralekhaa, and her dynamic relationship with people around her. The film definitely seems to carry a message, but attempts to deliver it in a non-preachy way.

Another women-centric title that is coming up this week is the second season of Fleabag, the British comedy series with Phoebe Waller-Bridge playing a delightful disappointment. The show, with its fresh attitude towards women and failure, is returning for its final season with more drama and laughter for viewers.

Continue your binge-watching spree with the following titles on OTT platforms this week. The latest ZEE5 Original film is both an emotional and fun filled roller-coaster. Patralekhaa and Divyendu Sharma come together for this comedy film which about surrogacy and the taboos single mothers, or single women, for that matter, have to deal with in the society. ZEE5 described Badnam Gali as a heart-warming film which pays homage to the endless love, hustle, sacrifice and tenacity of motherhood. The film effortlessly questions ‘judging’ and leaves you with a notion of #JudgeKarnaManaHai in a light but effective way. The first season of this British comedy series, which debuted in 2016, focused on an unnamed young woman (Phoebe Waller-Bridge) binging on sex to avoid mourning her best friend. From the very first scene, the actress addresses the camera - a reflection of the one-woman show on which the series is based. Variety, in its review, called the second season deeper, more intricately wrought, and even cheekier than the first. It's a roller-coaster; the balance between high-stakes drama and outrageous laughter is even less stable than in Season 1. If the new trailer of It 2 has triggered your craving for horror, here’s exactly what you need. Netflix is adding this 1999 American supernatural horror drama film written and directed by M. Night Shyamalan to its repertoire. The film is arguable his best work, establishing Shyamalan as a writer and director, and introduced the cinema public to his traits, most notably his affinity for surprise endings. Both Haley Joel Osment, who plays the nine-year-old, and Bruce Willis, were praised for their acting performances. 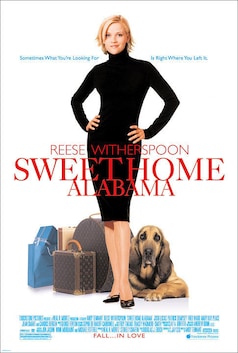 The charming Reese Withersoon is all set to light up your mood with this adorable rom-com that never gets old, much like the Southern rock song from where it gets its title. Reese, alongwith Josh Lucas and Patrick Dempsey make for a goodlooking trio in an extremely goodlooking film full of positive vibes and a happy ending. The story didn't find much favour with the critics thanks to its predictable premise, but they were unanimous in crediting Reese with making this a watchable piece of cinema. After Avengers: Endgame, here's another time-travelling film whose protagonists seek to reverse an unfortunate incident by going back to the past. Directed by debutant Stefon Bristol, the film follows two African-American teenagers from Brooklyn as they try to use homemade time machines to reverse a fatal police shooting. But it leads them to a set of new problems. According to Variety, cinema and social commentary collide in entertaining and thought-provoking fashion in See You Yesterday. The film is a mix of pop culture and true crime that is tailor-made for the millennial audience.