Shah Rukh will be travelling to London along with Suhana to drop her to her college.

Suhana Khan has been spending time in Mumbai recently, while she was on a break from her college in the UK. Shah Rukh Khan's daughter has been making waves wherever she goes, in real life as well as social media, and has been making several public appearances. However, now that it's time to go back to college, Suhana was spotted with her father at the Mumbai airport today. Shah Rukh will be travelling to London along with Suhana to drop her to her college.

Shah Rukh sported a dark green T-Shirt and black trousers, paired with a black long trenchcoat. He teamed it up with white sneakers and black sunglasses. Meanwhile, Suhana kept it cool and casual. She was dressed in a grey tank top and black jeggings, along with a cotton plaid shirt unbuttoned and knotted in the front. A black bag and a pair of white sneakers rounded off her outfit. The father and daughter walked hand-in-hand into the terminal, calmly navigating the shutterbugs crowding around them. 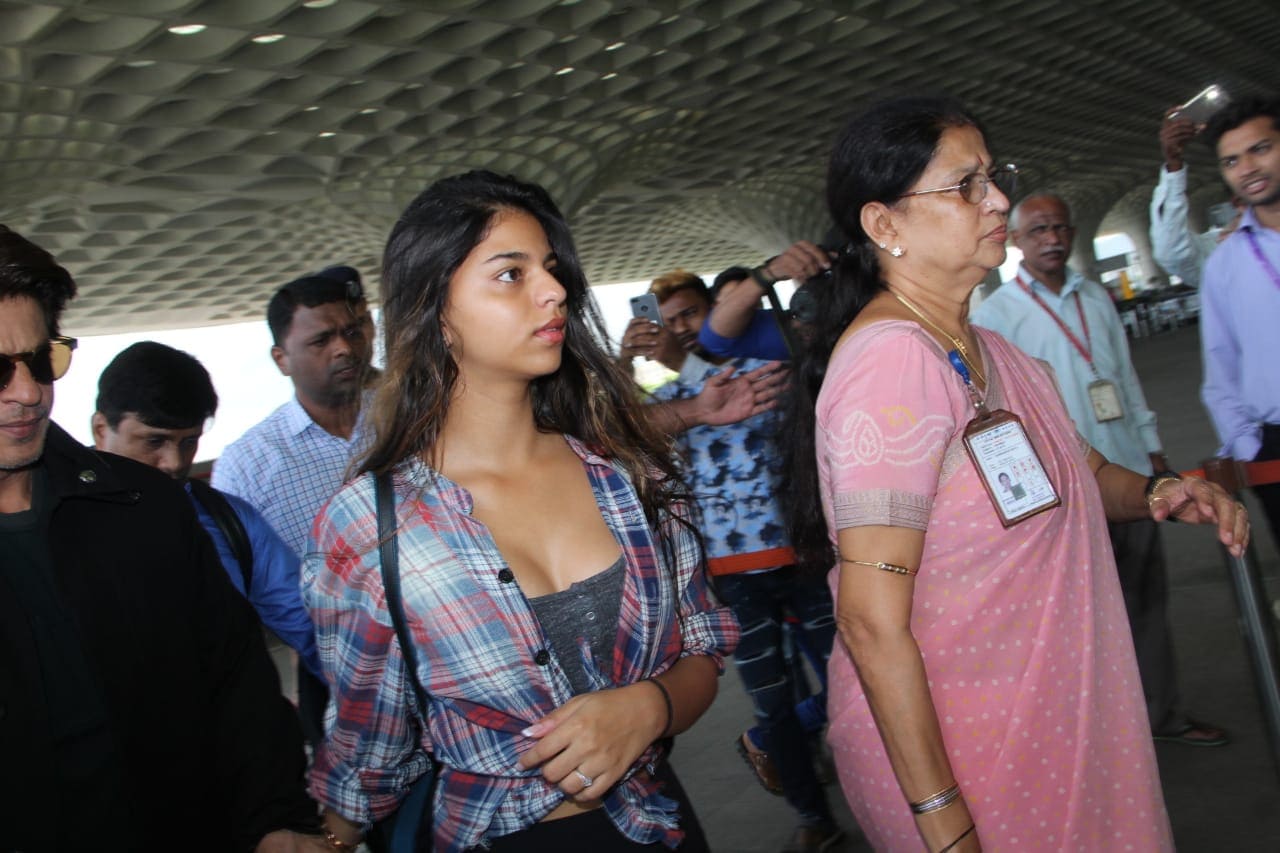 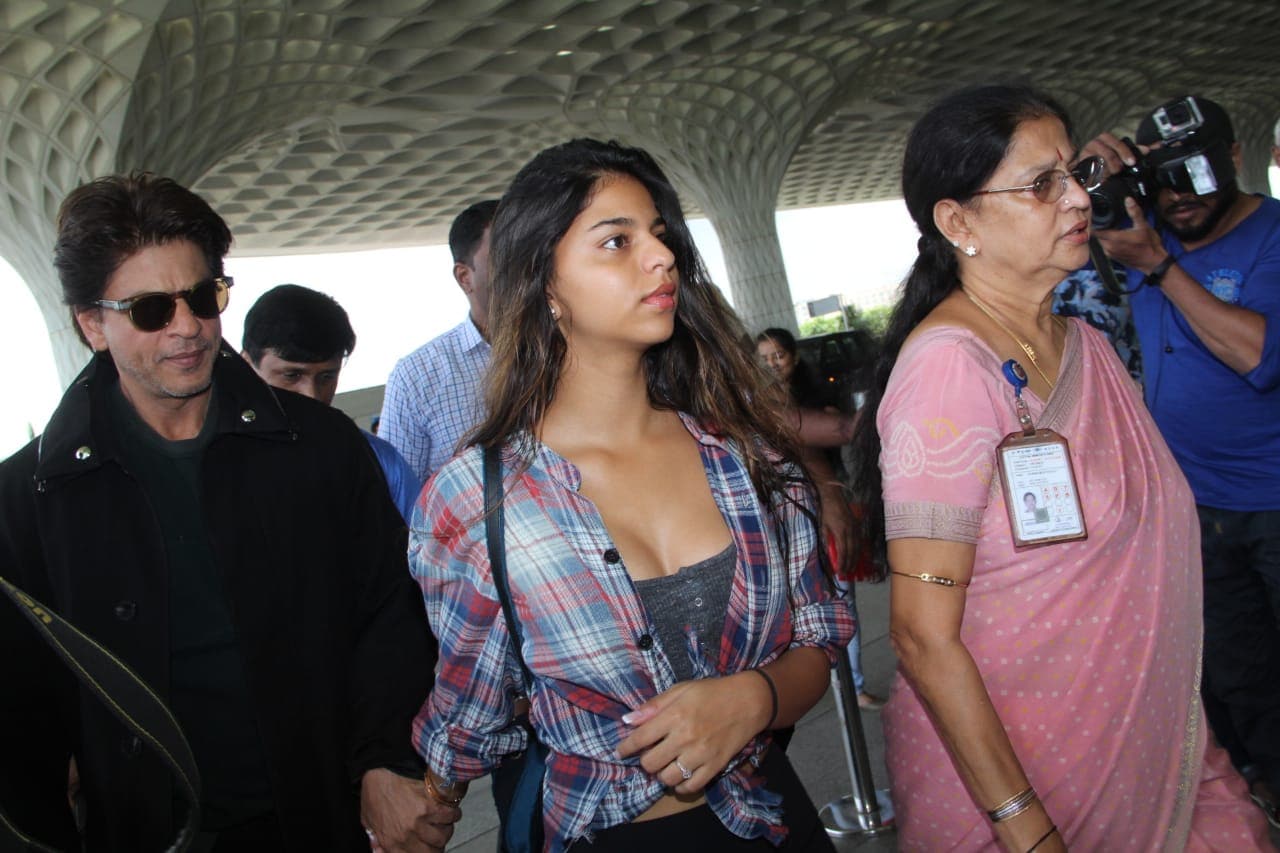 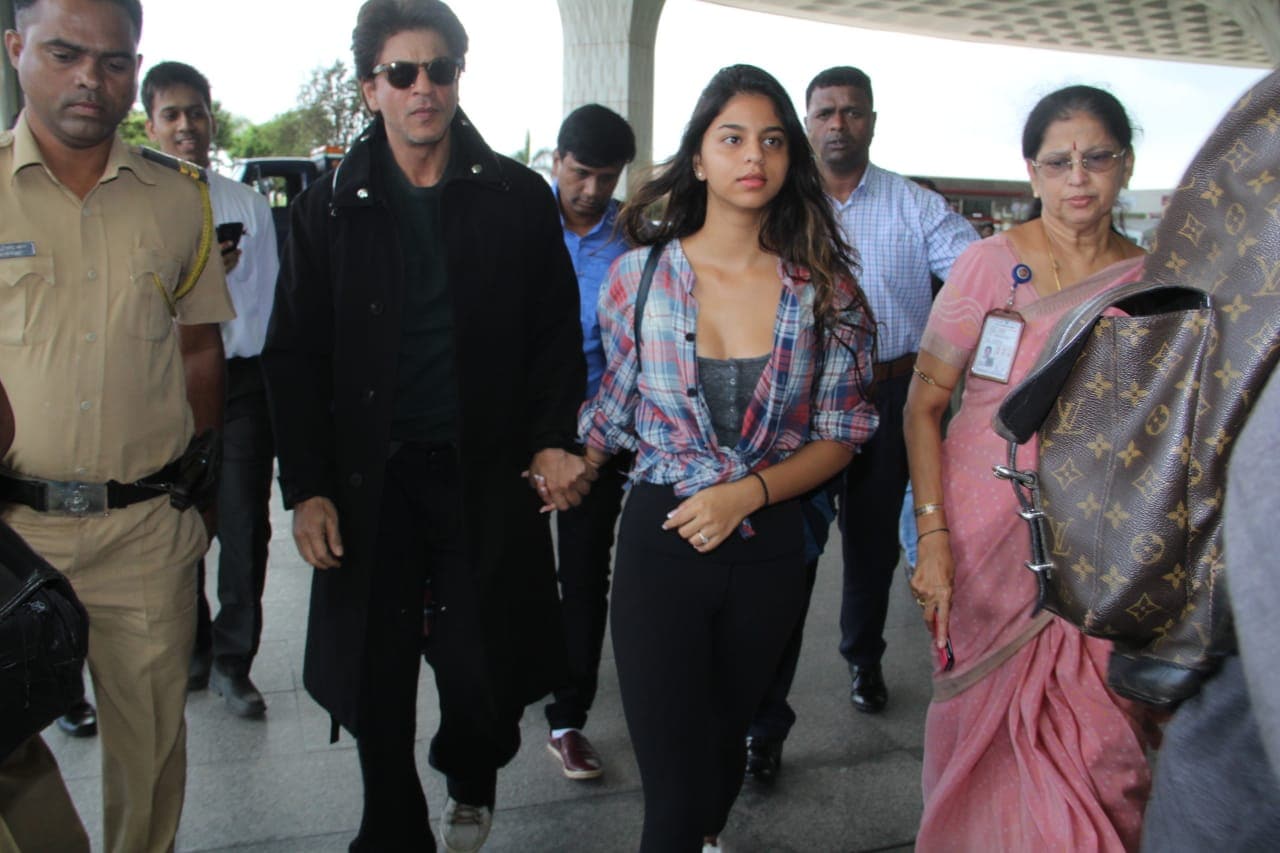 Meanwhile, on the work front, SRK will next be seen in Zero, directed by Aanand L Rai. The film also stars Katrina Kaif and Anushka Sharma, and will feature a special appearance by Salman Khan.
Tags: