SRK's 17-year-old daughter studies abroad but whenever she is in town, she never fails to make an appearance worth talking about.

Shah Rukh Khan's daughter Suhana Khan was recently in Mumbai to celebrate Diwali with her family and friends and was clicked while hanging out with her friends- Chunky Pandey's daughter Ananya Pandey and Sanjay Kapoor's daughter Shanaya Kapoor.

The young ladies were at their casual best, as they enjoyed their time together. SRK's 17-year-old daughter studies abroad but whenever she is in town, she never fails to make an appearance worth talking about. Suhana has already become a teen-icon turning the lenses of paparazzi whenever she's out even for a casual hangout. 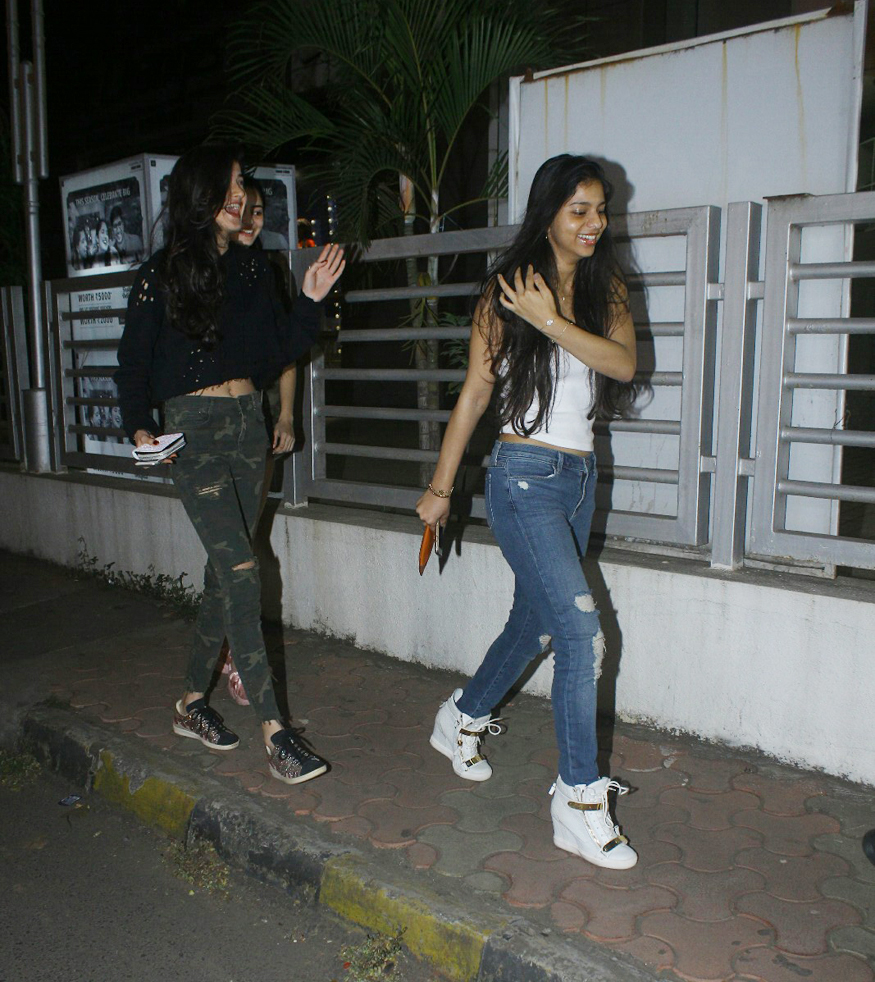 However, the actor has also made it clear that before entering the showbiz, his children need to complete their studies. "My children will first have to finish their studies. In my house, a person has to at least be a graduate or they won’t be allowed to enter the house. Suhana is still in Class 11. So she has five years of studies left. Aryan has four years left. If Suhana wants to be an actor, then she will study to be an actor. So there is a long long way to go. Just because she makes public appearances does not mean that we are taking her out so that people will notice her and make her an actress," he has said on several occasions.