Suriya's 'Pasanga 2' to Rajinikanth's 'Anbulla Rajinikanth': Children's films that you would want to watch numerous times

Here is a quick look at some children’s films which are a perennial source of delight for kids and adults alike.

Chennai: In just a few months from now noted filmmaker Pandiraj’s ‘Pasanga 2’ will arrive in theatres much to the delight of his die-hard fans. Featuring cameos from Tamil superstars Suriya and Amala Paul, the movie is expected to go a long way in continuing southern cinema’s tryst with entertaining and meaningful children’s films. Here is a quick look at some other children’s films which are a perennial source of delight for kids and adults alike.

Kakka Muttai: Released nearly three months ago, ‘Kakka Muttai’ created quite a stir amongst movie lovers courtesy, its hard hitting yet enjoyable storyline. Directed by Manikandan, the film bagged as many as three National awards and found tremendous success at the box office. Pasanga: Pandiraj’s very first film as a director, ‘Pasanga’ featured popular child artists Kishore and Shree Ram in lead roles. Produced by actor-director M Sasikumar, the movie proved to be a critical success and won three National awards. Moreover, it was also screened at several international film festivals. Interestingly, ‘Pasanga 2’ is not a sequel to ‘Pasanga’.

Anjali: Regarded as one of the finest films of Mani Ratnam’s celebrated career, ‘Anjali’ highlighted the problems faced by a terminally ill mentally challenged young girl. Featuring Shamili in the titular role, the film was selected as India’s official entry to the Academy awards. Shot in Tamil, it was dubbed into Telugu and Hindi under the same title.

Keshu: Revolving around the heartwarming bond between a deaf and mute child and one of his distant relatives, ‘Keshu’ floored critics and audiences alike thanks to its highly relatable performances. Directed by Sivan, the movie bagged the National award for ‘Best Film’. Moreover, it was screened at the International Film Festival of India in 2009.

Thanga Meenkal: Directed by Ram, ‘Thanga Meenkal’ boasted of an emotionally engaging storyline which celebrated the bond between a father and his daughter. Featuring some catchy music from Yuvan Shankar Raja, the film found limited success at the box office despite receiving positive reviews. 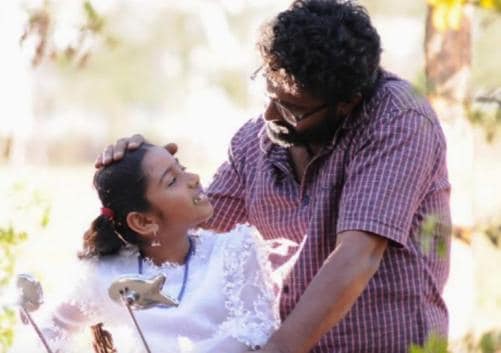 Saivam: Intellectual and entertaining at the same time, ‘Saivam’ took a firm stand against the outdated ritual of animal sacrifice. Directed by AL the film featured some spirited performances from Nassar and Sara Arjun. Surprisingly, it was based on a real-life incident involving the director’s mother.

Chitrakuzhal: The first Malayalam children’s film to be shot using the Dolby Digital compression technology, this Majeed Gullistan-directed venture touched upon environmental problems and the need to preserve our environment. Featuring child star Amal Ashok in the lead, the film was showcased at an exhibition on wildlife which was held in Kerala in 2010.

Putaani Party: The only Kannada film on this list, ‘Putaani Party’ was the second directorial venture of Mumbai-based filmmaker Ramachandra PN. Revolving around the efforts made by a group of children to make their opinion count, the film was screened at several film festivals.

Anbulla Rajinikanth: Best remembered for the crackling chemistry between Rajinikanth and child actor Meena, this K Natraj-directed film revolved around the plight of a physically challenged girl. Interestingly, writer Thooyavan initially wanted to make the film with MGR essaying Rajinikanth’s role. However, his plans did not materialize.