Ex-Dharma Paroductions employee Kshitij Prasad has been arrested in the drugs-related probe in the Sushant Singh Rajput death case. He will be presented before a special court on Sunday.

Sushant Singh Rajput Case LIVE Updates | Bollywood actresses Deepika Padukone, Shraddha Kapoor and Sara Ali Khan reached NCB office today to join the ongoing probe into the drugs case, which is being investigated by the Narcotics Control Bureau (NCB). The celebs’ alleged chats discussing drugs on WhatsApp group have led to their summoning. As per NCB sources to CNN-News18, Deepika Padukone has admitted that the phone number in the 2017 WhatsApp chats belongs to her, however, she has refused to consume drugs. Shraddha and Sara too denied drugs consumption.

Deepika’s interrogation took place in two rounds and concluded after five hours of questioning. Also, NCB has arrested Dharma Productions executive producer Kshitij Ravi Prasad. He was quizzed by the NCB for nearly 24 hours in connection with its probe into the drugs case related to the death of actor Sushant Singh Rajput.

Actress Rakul Preet Singh appeared before the central anti-drug agency to depose and left after nearly four hours of questioning on Friday. Deepika’s manager Karishma Prakash also showed up to join the investigation. Meanwhile, Rhea Chakraborty, brother Showik along with over a dozen people remain in NCB’s custody.

The Narcotics Control Bureau (NCB) arrested Kshitij Ravi Prasad, a former executive of Bollywood producer Karan Johar's Dharma Productions, in a drugs case with regard to the death of Sushant Singh Rajput, a top official said. His arrest came hours after he was grilled by the NCB after his name cropped up during the interrogation of another co-accused. "We have arrested Kshitij. He will be presented before a Special NDPS court on Sunday. Details will be put before the court," MA Jain, NCB South-Western Region Deputy Director General, told the media. The Narcotics Control Bureau (NCB) on Saturday arrested Kshitij Ravi Prasad, a former executive of Bollywood producer Karan Johar's Dharma Productions, in a drugs case with regard to the death of Sushant Singh Rajput, a top official said. His arrest came hours after he was grilled by the NCB after his name cropped up during the interrogation of another co-accused.

"We have arrested Kshitij. He will be presented before a Special NDPS court on Sunday. Details will be put before the court," MA Jain, NCB South-Western Region Deputy Director General, told the media.

Bollywood actress Shraddha Kapoor was grilled by the Narcotics Control Bureau (NCB) as part of their probe into a possible drugs angle in the Sushant Singh Rajput death on Saturday. Meanwhile her father, veteran actor Shakti Kapoor, has been cast as a narcotics officer in an upcoming film inspired by the life of late actor Sushant.

Kapoor senior essays a narcotics officer in the film 'Nyaay: The Justice', which is incidentally backed by Sarla A. Saraogi, whose husband Ashok M. Saraogi represents Sushant's ex-manager Shruti Modi in the ongoing investigations.

Kshitij Prasad has been placed under arrested after questioning. No fresh summon has been issued today. We have arrested more than 18 people: Mutha Ashok Jain, Deputy DG, South-Western Region, NCB

The Mumbai Police has taken note of the chasing of celebrities' cars in the name of reporting.

Sangram Singh Nishandar, DCP Zone 1, Mumbai Police, said, "Today we have observed a lot of media vehicles chasing people who were called for the inquiry. The vehicles will be seized because they are endangering their lives as well as lives of whoever was called and common people." Sofia Hayat has called for Bigg Boss 14 boycott, claiming that it's endorsing nepotism.

As per NCB sources to CNN-News18, Deepika Padukone can be called again for another round of questioning by the NCB. The probing agency is expected to verify certain aspects before calling the actress again.

#BREAKING | Deepika Padukone could be called for questioning again. 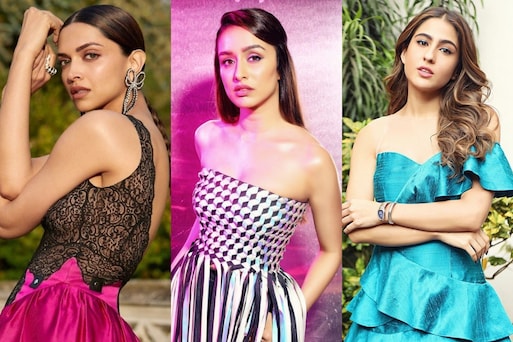 According to NCB sources, Deepika Padukone, Sara Ali Khan and Shraddha Kapoor have been asked to join the probe after several alleged chats came to light where drugs were being discussed.

Along with Bollywood actor Deepika Padukone, her manager Karishma Prakash also deposed before the Narcotics Control Bureau for questioning today. Their interrogation by the agency concluded after 5 hours. Probing the link of the Kwan Talent Management Agency during the questioning of late Bollywood star Sushant Singh Rajput's girlfriend Rhea Chakraborty, Deepika's chats with Karishma surfaced, post which they were summoned by the NCB. Karishma handled Deepika's account at Kwan till 2017.

Visuals of Deepika Padukone leaving the NCB office after five hours of questioning. She was summoned for interrogation in a drugs probe related to Sushant Singh Rajput's death case.

Deepika Padukone’s interrogation by NCB concludes after 5 hours. The actress has left the NCB Guest House.

Narcotics Control Bureau officials have taken Kshitij Ravi Prasad for medical examination as a part of formalities before his arrest. He joined Dharmatic Entertainment (sister concern of Dharma Productions) in November 2019 as one of the executive producers on contract basis for a project which eventually did not materialise

Reasons that led to Kshitij Prasad being arrested

NCB sources tell CNN-News18 Kshitij Ravi Prasad has been evasive to most questions and hence his custodial interrogation is important says NCB Zonal Unit. He was asked about his association with Ankush Arenja, who runs a high profile kitchen in south Mumbai. Ankush already been arrested. Ankush was selling chemicals such as MDMA and weed  to some high profile individuals including businessmen. Apparently some of these high profile individuals were buying drugs through Kshitij. He has claimed to be an occasional consumer of marijuana for recreational purposes.

Union Minister Ramdas Athawale has reacted to Sushant Singh Rajput’s family lawyer slamming CBI probe. He said, "We need to end this menace of drugs & curb its smuggling, NCB should probe it. But CBI should also come to a conclusion soon & investigate this new drug angle related to Sushant's death," adding, "We have heard that Sushant Singh's manager Disha Salian went through some torture in her master bedroom during a party at her house on 8th June. So CBI should investigate her death as well and come to a conclusion soon."

Dharma Productions executive producer Kshitij Ravi Prasad to be arrested by Narcotics Control Bureau soon, in connection with a drug probe. Formalities are being completed.

Kshitij Ravi Prasad was summoned for joining the investigations into the drugs cases linked to film personalities being probed by the NCB. Explaining his association with Dharma Productions, Karan Johar, Friday, in a statement said he is not his close aid and he doesn't him personally. "Mr. Kshitij Ravi Prasad joined Dharmatic Entertainment (sister concern of Dharma Productions) in November 2019 as one of the executive producers on contract basis for a project which eventually did not materialise," the filmmaker said.

As per NCB sources to CNN-News18, Deepika Padukone and her manager Karishma Prakash can be summoned by the NCB again, tomorrow. Reportedly, both are evasive and are giving similar answers. Watch this report for more details:

The agencies are being pressurised to reach a predetermined result for obvious reasons on the eve of Bihar Elections. We have seen the VRS of DGP Pandey unfolding few days back. There should not be a repetition of such steps: Satish Maneshinde, Rhea Chakraborty's lawyer (2/2)

Rhea Chakraborty's lawyer, Satish Maneshinde, in a statement said: "Disclosure of a conclusion by an AIIMS Doctor in team headed by Dr Gupta in Sushant Singh Rajput's death case, on basis of photographs is dangerous trend. To keep investigation impartial, CBI must constitute new Medical Board," adding, "The agencies are being pressurised to reach a predetermined result for obvious reasons on the eve of Bihar Elections. We have seen the VRS of DGP Pandey unfolding few days back. There should not be a repetition of such steps."

As per NCB sources to CNN-NEWS18, Shradha Kapoor has informed the probing agency that a party was held at the Pawana guesthouse of Sushant Singh Rajput. This party, which she also attended, was held after the release of the film Chhichhore (2019). The party was held in the afternoon beginning around 3pm and continued till the wee hours of the next day. She has informed the NCB that weed and alcohol was being consumed there but denies having consumed any drugs. She has so far been questioned for 2 hours.

NCB sources tell CNN News18 that Shraddha Kapoor during her interrogation has said that she was a witness to Sushant Singh Rajput consuming drugs. However, she denied ever consuming drugs herself.

Deepika Padukone is being quizzed by the Narcotics Control Bureau in a drugs related case for over three hours now. CNN-News18's sources suggest the questioning can go for a while. Reportedly, the actress is evading questions and the probing agency is not satisfied with her answers.

Here are some visuals of Bollywood actress Sara Ali Khan as she reaches NCB office in Mumbai.

Sara Ali Khan reaches NCB office in Mumbai. She was summoned by the probing agency for questiong in a drugs case. Sara had made her acting debut with Kedarnath opposite Sushant Singh Rajput. Along with the drugs case, she is expected to be questioned about the late actor as well. Actresses Deepika Padukone and Shraddha Kapoor, who were also summoned by the NCB had reached the office earlier in the morning.

#Alert- Inside track of NCB quizzing of Deepika, Sara and Shraddha.

TV actors are also under NCB radar after some 150 names have been allegedly given away by drug peddlers to the probe agencies. Abigail Pandey and Sanam Johar’s residences were also raided and searched by the NCB on Friday. Dharma Productions Director Kshitij Raviprasad’s house was also raided ahead of his questioning.

Meanwhile, a conclusive report from AIIMS medical team investigating Sushant’s death is also likely to come forward in the coming time. It will ascertain the cause of death of the actor. Rhea Chakraborty, her brother Showik and Sushant’s staffers Samuel Miranda and Dipesh Sawant are placed in judicial custody since September 9 and investigation by the CBI is also underway in the actor’s June 14 death case.