The forensic department of the All India Institute of Medical Sciences (AIIMS) in its report to the Central Bureau of Investigation (CBI) has "hinted" that the death of Bollywood actor Sushant Singh Rajput was suicide and not murder. CBI is yet to issue and official statement in this regard. The AIIMS forensic panel under Dr Sudhir Gupta was formed at the request of the CBI in August to assist in giving medico-legal opinion in connection with the death of the late actor. Even Sushant's family's lawyer has reacted to the AIIMS report, questioning the medical team on their findings.

Meanwhile, a Mumbai special court on Saturday extended the judicial custody till October 6 of former Dharma Productions executive Kshitij Ravi Prasad even as he accused the Narcotics Control Bureau (NCB) of employing "pressure tactics" and "harassment". Kshitij was arrested on September 26 by the NCB during its ongoing probe into the drugs angle in the death of Sushant.

No evidence of death by strangulation: AIIMS panel concurs with Cooper Hospital autopsy.#JusticeForSushant

After questioning CBI over it's delay in filing a 'homicide' case in Sushant Singh Rajput's death, the late actor's family lawyer Vikas Singh has raised concerns over the AIIMS medical report that was handed over to the central investigating agency earlier this week. AIIMS report has ruled out murder as the cause of Sushant's death and confers with findings of Cooper hospital which did first autopsy report on Sushant's dead body in June.

Highly perturbed with AIIMS report. Going to request CBI Director to constitute a fresh Forensic team . How could AIIMS team give a conclusive report in the absence of the body,that too on such shoddy post mortem done by Cooper hospital wherein time of death also not mentioned .


Sushant Singh Rajput's lawyer Vikas Singh has reacted to AIIMS report submitted to CBI wherein the medical board examining the actor's death has ruled out murder as the cause. "Highly perturbed with AIIMS report. Going to request CBI Director to constitute a fresh Forensic team. How could AIIMS team give a conclusive report in the absence of the body, that too on such shoddy post mortem done by Cooper hospital wherein time of death also not mentioned," Vikas wrote on social media.

Highly perturbed with AIIMS report. Going to request CBI Director to constitute a fresh Forensic team . How could AIIMS team give a conclusive report in the absence of the body,that too on such shoddy post mortem done by Cooper hospital wherein time of death also not mentioned .

Congress leader Adhir Choudhury, who had said in the past that Rhea Chakraborty was being "falsely implicated" following her arrest in connection with a drug probe linked to Sushant Singh Rajput's death, claimed on Twitter that she was a victim of a "political conspiracy" and demanded her immediate release from custody.

(1/2) Now the BJP propaganda machinery may accuse the forensic team of AIIMS who has nullified the allegation that Rhea chakroborty conspired to kill Sushsnt Singh Rajput, we are all pained by the expiry of Sushant ji but he can not be honoured by falsely implicating a lady as

A day after a panel of doctors at AIIMS in Delhi ruled out murder as the cause of Sushant Singh Rajput's death, Leader of the Congress in Lok Sabha, Adhir Choudhury, on Sunday demanded that the actor's girlfriend Rhea Chakraborty be released forth with without further harassment.

AIIMS report has rubbished Sushant Singh Rajput’s murder theory. No evidence of death by strangulation has been found by AIIMS panel examining the death of Sushant and their report to CBI concurs with Cooper Hospital's autopsy.

No evidence of death by strangulation: AIIMS panel concurs with Cooper Hospital autopsy.@mihirz with details.#JusticeForSushant 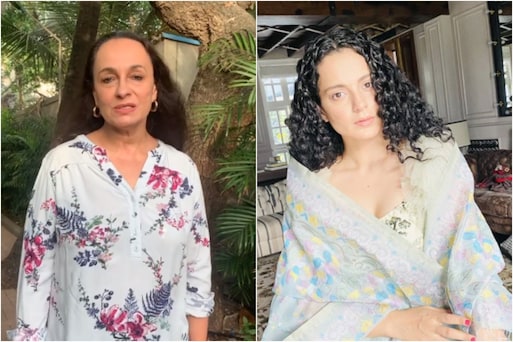 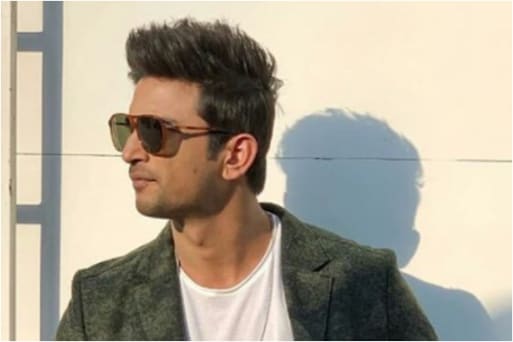 Reacting to the report, Sushant Singh Rajput's family lawyer said that the medical report cannot be the standalone basis for proceeding in a case. Akshay Kumar shared a video on social media on Saturday, defending the film industry against rampant allegations of drug abuse. Akshay requested people not to generalise and think that every person associated with Bollywood has drug links. Sidharth Malhotra, Karan Johar, Varun Dhawan, Sophie Choudry and others praised Akshay for sharing this video and making his views on the matter public.

The AIIMS forensic body submitted its report on the death probe of Sushant Singh Rajput to the CBI earlier this week. The medical board has hinted that it was not a case of organic poisoning or 'strangling', as per claims made by the actor's family and their lawyer. However, CBI sources remained tight lipped on the issue and maintained that the agency is probing all the angles, and no angle has been ruled out yet.

After AIIMS forensic team has ruled out murder claims in Sushant Singh Rajput's death, late actor's 'Pavitra Rishta' co-star Ankita Lokhande posted 'All Eyes on CBI' hashtag on her Twitter handle. According to AIIMS sources, the forensic team in its report has hinted the death of Sushant as suicide, thus rejecting the claims of 'poisoning' and 'strangling' made by his family and their lawyer.

NCB had claimed that Kshitij Ravi Prasad, a former executive producer for Dharma Productions, was in touch with several drug suppliers and traders, and used drugs for self-consumption, following which he was arrested. Kshitij, meanwhile, has accused the NCB of employing "pressure tactics" and "harassment" into naming top Bollywood stars like Ranbir Kapoor, Karan Johar, Dino Morea and others in the ongoing drugs probe. 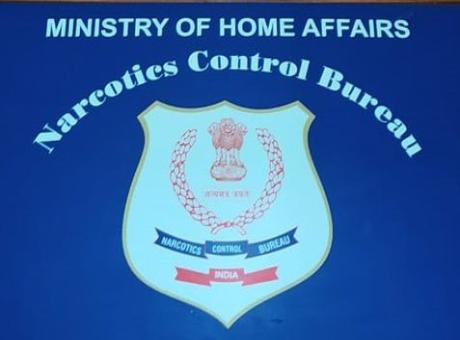 Now that theatres are allowed to open with 50% occupancy its only fair to expect some ‘news’ channels to focus 50% more towards ‘real’ news. Thank you guys, you held the fort of entertainment long enough on our behalf. We can take over from here on. #SharingCaring

The Deputy Director of Narcotics Control Bureau (NCB), KPS Malhotra has tested positive for coronavirus. The NCB is probing alleged drugs-Bollywood nexus in the Sushant Singh Rajput case and the agency has so far arrested 20 people under various sections of Narcotic Drugs and Psychotropic Substances (NDPS) Act.

Filmmaker Anubhav Sinha reacted to AIIMS report confirming that Sushant Singh Rajput's death was a case of suicide and not murder. The director wrote on social media that the Mumbai Police had stated the same in 3.5 days what AIIMS concluded in its report after 3.5 months of the actor's unfortunate death on June 14 in his Bandra apartment.

What took ‘others’ 3.5 months to establish was established by the @MumbaiPolice in 3.5 days. Metaphorically speaking. Ok?

After the AIIMS forensic report has ruled out murder claims in Sushant Singh Rajput's death, Shekhar Suman, who has been supportive of  #JusticeForSSR digital campaign, wrote on social media, "But we won't give up. Not yet. There is a tiny glimmer of hope still left when the CBI files its report. Even if that is adverse we shall keep fighting in our heart of hearts for we know the truth. And truth never dies."

But we won't give up.Not yet.There is a tiny glimmer of hope still left when the CBI files its report.Even if that is adverse we shall keep fighting in our heart of hearts for we know the truth.And truth never dies.#SSRcase

Sushant Singh Rajput's co-star in hit daily soap Pavitra Risha, Ankita Lokhande responded to a social media post by late actor's sister Shweta Singh Kirti in which the latter wrote, "The test of faith is when you can stay strong and unshaken during the testing time. I urge my extended family to have faith in God and pray from all your heart. Pray that the truth comes out. #AllEyesOnCBI." Ankita posted a heart emoticon in the comments section of this post. She has been at the forefront of #JusticeForSSR digital campaign too.

Kangana Ranaut has raised a few questions after AIIMS report to CBI has ruled out that Sushant Singh Rajput was 'murdered'. She wrote on social media, "With latest progress we need answers to few questions.

1) SSR repeatedly spoke about big production houses banning him. Who are these people who conspired against him?

2) Why media spread false news about him being a rapist?

3) Why was Mahesh Bhatt doing his psychoanalysis?"

Young and extraordinary individuals don’t just wake up one fine day and kill themselves. Sushant said he was being bullied and outcast, he feared for his life, he said movie mafia banned him and harassed him, he was mentally affected by being falsely accused of rape #AIIMS

Bollywood actor Akshay Kumar has opened up on the issue of drugs in the Hindi film industry. In a video message for fans, he said, "Today, narcotics and drugs are the the most talked-about topics. I can't keep my hand on my heart and lie to you saying this problem does not exist. It does exists -- just as it possibly exists in every other industry and profession. But that doesn't mean every single person from the particular profession is involved."

In a social media post on Sunday, Sushant Singh Rajput's sister wrote, "The test of faith is when you can stay strong and unshaken during the testing time. I urge my extended family to have faith in God and pray from all your heart. Pray that the truth comes out." It comes after the AIIMS forensic team, constituted at the behest of CBI, reportedly ruled out murder as cause of Sushant's death.

The NCB said in its remand application that Kshitij was in touch with several suppliers and peddlers from whom he used to procure drugs and his judicial custody was needed to unravel whom all he was delivering the contraband in Bollywood. Kshitij claimed that NCB sleuths told him they would let him off if he falsely implicated (filmmaker) Karan Johar, Somen Mishra, Rakhi, Apoorva, Niraj or Rahil, but he (Prasad) refused. He also blamed NCB for harassment and coercion into falsely implicating Dino Morea, Arjun Rampal and Ranbir Kapoor in the present proceedings