Sushant Singh Rajput Case LIVE Updates | The formal process of arresting Rhea Chakraborty’s brother Showik Chakraborty and SSR’s former house manager Samuel Miranda by Narcotics Control Bureau (NCB) is underway. They are said to be involved in an alleged drug cartel are arrested under the NDPS Act. The two were being quizzed by the probing agency at the NCB office in Mumbai. CNN-News18’s sources say that Showik along with 5 others was involved in dealing and selling of Marijuana. Today, the NCB carried out raids at a number of locations, including at the homes of Showik Chakraborty and Samuel Miranda. Post that, the probing agency took Showik and Samuel for further questioning.

Miranda has also been detained under provisions of Narcotic Drugs and Psychotropic Substances Act, 1985. Also, Abdul Basit Parihar has been sent to Narcotics Control Bureau (NCB) custody till September 9. Parihar was made to join the investigation based on Zaid Vilatra’s interrogation. Both Basit and Zaid and said to be involved in the alleged drug peddling case. Meanwhile, Shweta Singh Kirti, sister of Sushant, has applauded the Narcotics Control Bureau (NCB) for its action in the ongoing probe. “Good going NCB… Thank You God. #GreatStartNCB,” Shweta wrote on her Twitter handle.

Sushant was found dead in his Bandra flat on June 14. As the scope of the probe keeps increasing everyday since the Enforcement Directorate, CBI and the NCB joined in — the drug angle has thrown up a number of leads. NCB Deputy Director KPS Malhotra told the media that the homes of Showik, who is Sushant’s girlfriend Rhea Chakraborty’s brother and that of Miranda were being searched, but declined to elaborate.

Showik Chakraborty, brother of Rhea Chakraborty, used to purchase ganja and marijuana from drug peddler Abdel Basit Parihar and make payments through a Google Pay account, the NCB said on Friday. As per IANS, the new revelations, made by the Narcotics Control Bureau in a Mumbai court as Parihar was produced before it, came after it started a probe into the drug angle in the case of Bollywood actor Sushant Singh Rajput, who was found dead at his Bandra flat on June 14.

"NCB will interrogate Rhea Chakraborty with the help of a woman official. Seeing the situation, we will take all the necessary steps. Rhea's questioning is a must in the case," sources tell CNN-News18. 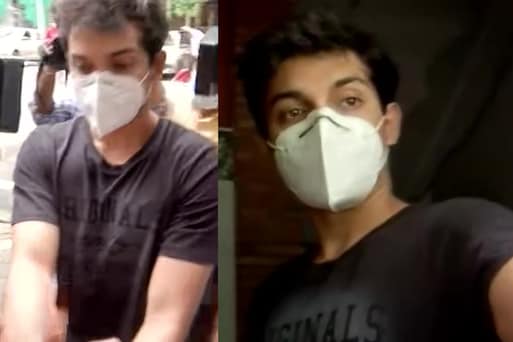 The questioning of the two is in the last stages and they are expected to be placed under arrest in the next few hours.

The Narcotics Control Bureau (NCB) is expected to ask Rhea Chakraborty to join their probe in relation to the alleged drug cartel as early as tomorrow.

Both Showik Chakraborty and Samuel Miranda have been arrested under the NDPS Act. It is being reported that Showik will presented before the court tomorrow.

The formal process of arresting Showik Chakraboty and Samuel Miranda by Narcotics Control Bureau (NCB) is underway. The two are said to be involved in an alleged drug cartel.

As per reports, for both Showik Chakraborty and Samuel Miranda, the papers are being prepared and they will be served arrest memos in 2 hours.

Earlier in the day, Narcotics Control Bureau (NCB) raided Rhea Chakraborty and Showik Chakraborty's house and reportedly seized their mobile phones, laptops and some other documents. Later, Showik was taken at the NCB office in Mumbai for further questioning. As per, CNN-News18's sources, Showik is said to have admitted to consuming drugs.

As per latest reports, Rhea Chakraborty's brother Showik Chakraborty is said to have been arrested by NCB. 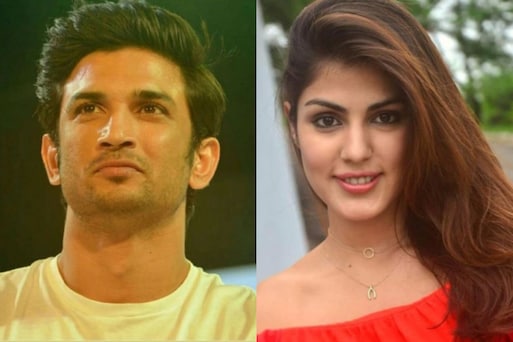 The arrest of Rhea Chakraborty's brother Showik Chakraborty cannot be ruled out because he has admitted to consuming drugs, say CNN-News18's sources.

According to sources close to CNN-News18, six people namely Showik Chkraborty, Basit, Zaid, Kaizan, Karan and  Abbas allegedly dealt with drug peddling and consumption. All six of them are either being questioned, detained or in custody of the agencies probing Sushant Singh Rajput's death case.

The Narcotics Control Bureau is digging deeper into the alleged drug cartel related to Sushant Singh Rajput's case. Rhea Chakraborty's brother Showik Chakraborty and SSR's house manager Samuel Miranda are currently undergoing investigation by the probing agency at NCB office in Mumbai. CNN-Mews18's sources say that Showik along with 5 others was involved in dealing and selling of Marijuana. 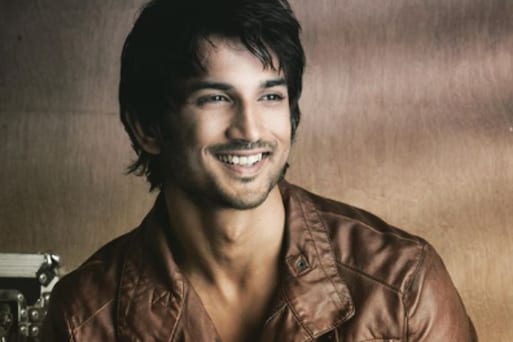 Everyday brings a new revealation in Bollywood actor Sushant Singh Rajput's death case. Here's a timeline of what has happened in the case since June 14.

Sushant Singh Rajput's brother-in-law, Vishal Kirti, in a blog post stated that his wife travelled from America  to meet her brother five times in a span of six years. In his post, he also detailed the five incidents from 2014 to 2020.

CNN-News18's sources within the NCB say Rhea Chakraborty's brother Showik's arrest cannot be ruled out right now. Earlier his electronic gadgets including his mobile and laptop and some other documents were seized by probing agencies. For more details, watch the video:

NCB gears up to bust the suspected drug ring.@Herman_Gomes with more details.

Mumbai Police is compared to Scotland Yard. Some people are trying to target Mumbai Police. An IPS officer has gone to court against this...After, her (#KanganaRanaut's) comparison of Mumbai Police...she has no right to live in Maharashtra or Mumbai: State Minister Anil Deshmukh pic.twitter.com/dy1OWIFAjl

Senior Shiv Sena leader and Rajya Sabha MP Sanjay Raut reacts after Kangana Ranaut accused him of issuing her an 'open threat' and asking her not to come back to Mumbai.

You (actor Kangna Ranaut) are trying to insult Maharashtra. There must be any political party or power centre which is supporting her that is why she is speaking like this. A conspiracy is being hatched to malign the image of Mumbai & Mumbai Police: Shiv Sena MP Sanjay Raut pic.twitter.com/xDYuoK98v3

Sushant Singh Rajput's sister lauded the NCB's moves after it conducted raids at the houses of Showik Chakraborty and Samuel Miranda and took them in for questioning.

After a team of Narcotics Control Bureau (NCB) raided the home of actress Rhea and Showik Chakraborty, a hashtag on the subject was top trend on Twitter. The hashtag #RheaRaided trended after the NCB on Friday tightened its grip in the Sushant Singh Rajput death probe and carried out raids at a number of locations here, including the homes of the Chakrabortys and late Sushant's house manager Samuel Miranda. Abdul Basit Parihar has been sent to Narcotics Control Bureau (NCB) custody till September 9. Parihar was made to join the investigation based on Zaid Vilatra's interrogation. NCB source said that Parihar had connections with Samuel Miranda, who is accused of procuring drugs on the instructions of Showik Chakraborty.

Adv Vikas Singh’s claim that the statements recorded by Mumbai Police in Marathi may not be true version of witnesses, is without merit. Policeman mandatorily translates the verosion in language known to the maker and states so at the end of each statement

Vikas Singh, Sushant's family lawyer has said, "It will be better if the media doesn't comment on what the psychiatrist says about Sushant....this is a violation of patient doctor confidentiality. From the time Rhea came into SSR's life he has been anxious...but at no point was anyone informed about him being depressed."

He added, "It will take agencies to bring the investigations on track...the Mumbai police did not do enough when this case came to light...I am sure there will be some new revelations in the case soon."

Around 6:30 am, the NCB teams started the raids, which came a day after the Mumbai court sent alleged drug peddler Zaid Vilatra to seven-day NCB custody. The raids are being carried out under the provisions of the Narcotic Drugs and Psychotropic Substances Act, 1985. An NCB official said that the searches are routine and the drug law enforcement agency is following due procedures.

A strong posse of policemen were deployed outside the PrimRose housing society at Juhu Tara Road in Mumbai, the rented flat of the Chakrabortys.

Later, The NCB took Showik and Miranda for questioning at its office after conducting searches for two hours. Samuel was previously detained by an NCB team.

The Narcotics Control Bureau has been investigating a possible drug angle in the SSR death case after the Enforcement Directorate officials traced Rhea Chakraborty’s WhatsApp chats which alleges her of “usage and dealing of banned drugs.”

The NCB registered a case on August 26 after the Enforcement Directorate wrote to it. On the intervening night of August 27-28, the narco team carried out searches in Mumbai and two persons, namely Abbas Lakhani and Karan Arora were arrested, and ‘bud’ (curated marijuana) was recovered from their possession. There were a few mentions of ‘bud’ in purported social media messages between people involved in the case.

Sushant’s manager Shruti Modi had reportedly informed the Central Bureau of Investigation that the late actor would often consume marijuana along with Rhea Chakraborty, who would smoke joints with SSR’s house manager Samuel Miranda and her brother Showik Chakraborty regularly on Sushant’s terrace, a CBI source indicated to CNN-News18.