The State Human Rights Commission (SHRC) today said that there was “no breach” on the part of Dr RN Cooper hospital and the Mumbai police in allowing Rhea Chakrabarty inside the mortuary of the hospital to see the dead body of actor Sushant Singh Rajput. The SHRC said that based on the details of the waiting area, all the protocols were duly followed. The matter, therefore, has been disposed off.

Also, in a drug angle related to the Sushant Singh Rajput death case, the Narcotics Control Bureau (NCB) summoned the late actor’s former manager Shruti Modi and talent manager Jaya Saha for questioning today. However, their questioning was called off after one of the team members of SIT tested positive for corona. Shruti and Jaya were to be questioned about the drug use and delivery to Sushant and his girlfriend Rhea Chakraborty, who was arrested last Tuesday, and if they were aware of this.

The latest development comes in the wake of the arrest of over 15 people in connection with the case, including Rhea, her brother Showik Chakraborty, Sushant’s house manager Samuel Miranda and several others. The NCB registered a case on the request of the Enforcement Directorate (ED) after the alleged drug chats of Showik, Miranda and several others came to the fore. 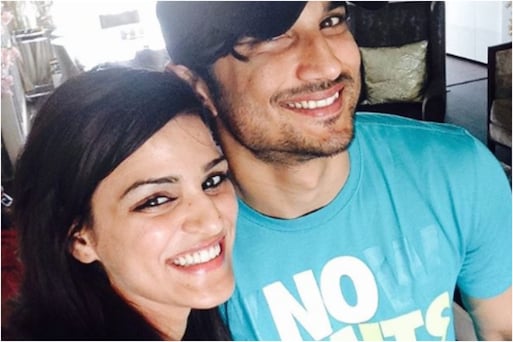 Shweta Singh Kirti, sister of Sushant Singh Rajput, has revealed that over two lakh people joined the latest effort garner support in the fight for justice for the late Bollywood star.

The Central Bureau of Investigation (CBI), probing the case of the death of Bollywood actor Sushant Singh Rajput, is seeking legal opinion on a new FIR filed by the late actor's girlfriend Rhea Chakraborty against his two sisters and a Delhi doctor, according to IANS. The FIR was registered by Rhea at the Bandra police station here against Priyanka Singh and Mitu Singh as well as Ram Manohar Lohia Hospital doctor Tarun Kumar for allegedly issuing a bogus prescription for Sushant to help him with his anxiety issues. A CBI source said that the agency will soon take a decision on the issue, even though there was no official confirmation from CBI officials. 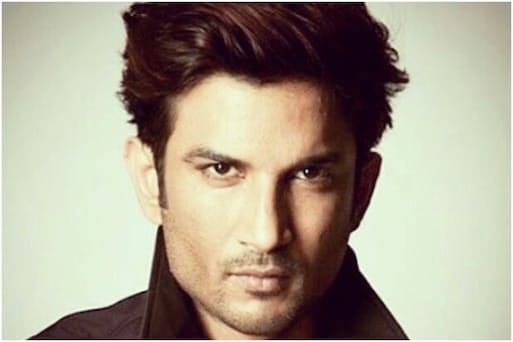 Sushant Singh Rajput's former manager Shruti Modi deposed before the Narcotics Control Bureau (NCB) for questioning on Wednesday, she was sent back as one of the officers tested positive for Covid-19.

Actor Manoj Bajpayee has said that due to television debates and conspiracy theories revolving around Sushant Singh Rajput's death, people have forgotten to mourn the late actor. Talking to Bollywood Hungama, Manoj said, “They forgot to celebrate him. TRP has become the focus now. So that’s why I said that there are so many vested interests now, who would want to talk about how (Sushant) used to code? Right now, everything is focused on TRPs." Sources from Cooper Hospital tell CNN-News18 that the hospital had informed the State Human Rights Commission (SRHC) about how things transpired at the premises where Sushant Singh Rajput's body was kept. They explained that there are three areas at the hospital mortuary. One, known as the gallery, is where relatives and close ones are allowed. The other two are known as the cold storage and post mortem room. In their reply, the hospital said that their attendant didn't allow anyone in the storage and postmortem room. Not even police. Hence, the SHRC believes that Rhea Chakraborty saw the dead body of SSR in the gallery area.

As per the fresh developments in Sushant Singh Rajput case, Shruti Modi's lawyers has alleged that one of the late actor's sister had joined in to attend one of the alleged drug parties. Contrary to this, Sushant's sisters have maintained that they were unaware about the drug consumption by the late actor as claimed by Rhea Chakraborty. For more details watch the video:

‘One of SSR’s sisters took drugs at parties.’@Herman_Gomes with more details.

The State Human Rights Commission (SRHC) was looking into who was responsible for allowing Rhea Chakrabarty's visit inside the Cooper Hospital mortuary, where the dead body of late actor Sushant Singh Rajput was kept. During the previous hearings, representatives from both Copper Hospital and Mumbai police blamed each other for her wrongful entry. The matter was taken by up the SHRC suo moto based upon media reports.

The State Human Rights Commission (SHRC) today said there was no breach on the part of Cooper hospital or the Mumbai police in allowing Rhea Chakrabarty inside the mortuary of the hospital to see the dead body of late actor Sushant Singh Rajput. The SHRC said that  based on the details of the waiting area,  all  the protocols have been duly followed. The matter therefore has been disposed off. The detailed order is awaited in this case.

Over a dozen persons have been arrested by the NCB so far, including Sushant's ex-girlfriend Rhea Chakraborty, her brother Showik, and several drug peddlers, narco-dealers and suppliers. While Rhea, Showik and others have been sent to judicial custody, some of the drug peddlers have been remanded to NCB custody. On Tuesday, NCB made two more arrests, Suryadeep Malhotra and Chris Costa. With this, 18 people have so far been arrested by the NCB which is probing drug angle in the case of Rajput's death. Sushant Singh Rajput's sister Shweta Singh Kirti took to social media to thank the fans of the late actor for participating and showing support to an initiative called 'Flag For SSR'. She revealed that over 2 lakh people from all over the world joined in showing their support to 'Justice for SSR' campaign.

Sushant Singh Rajput's former manager Shruti Modi deposed before the Narcotics Control Bureau (NCB) for questioning on Wednesday, she was sent back as one of the officers tested positive for Covid-19.

One of the members of SIT has tested positive for #COVID19. We just received antigen test report. In view of that, other members will be tested & protocol will be followed. Accordingly, we've sent back Shruti Modi who had joined investigation today: Narcotics Control Bureau (NCB) https://t.co/pl0bXSpDcw pic.twitter.com/XIM2AcsSjW

Questioning of Shruti Modi and Jaya Saha called off for today

One of the team member of SIT has been tested positive for corona. They have  just received the antigen test report. In view of that other members will be tested and due protocol laid down  will be followed. Accordingly, Shruti Modi has been sent back.

Following a request by the Enforcement Directorate, on August 26, the NCB registered a case under the Narcotic Drugs and Psychotropic Substances Act (NDPS Act), naming Rhea, Showik, talent manager Jaya Saha, Sushant's co-manager Shruti Modi, and a Goa-based hotelier Gaurav Arya, to unravel the drugs angle. Jaya Saha's name came into prominence after some of her apparent chats with Rhea Chakraborty leaked in sections of the media.

Before being summoned by the NCB, Shruti Modi has been questioned by Central Bureau of Investigation (CBI), Enforcement Directorate (ED) and Mumbai Police. CBI had named her among six people in the FIR it had registered in the Sushant Singh Rajput case. As per Shruti's statement given to Mumbai Police, she was associated with Sushant from July 2019 to February 2020.

Former business manager of late actor Sushant Singh Rajput, Shruti Modi, who was summoned by the Narcotics Control Bureau in a drugs related case linked to the actor's death was seen arriving at the NCB SIT office in Mumbai this morning. Here are some visuals of the same.

Shruti Modi and Jaya Saha are expected to be questioned by the NCB about the drug use and delivery to Sushant Singh Rajput and his girlfriend Rhea Chakraborty, who was arrested last Tuesday, and if they were aware of this.

Enlarging its probe in the drugs angle in the Sushant Singh Rajput death case, the Narcotics Control Bureau (NCB) has summoned the late actor's former manager Shruti Modi and talent manager Jaya Saha for questioning, officials said on Tuesday. A senior NCB official said that the drug law enforcement agency has summoned Shruti Modi and Saha to appear before it on Wednesday morning at its Mumbai office.

Sushant was found dead in his Mont Blanc apartment on June 14. Besides the CBI and the ED, the NCB is the third agency to probe the death case of Sushant. Meanwhile, in a significant development, the names of Bollywood celebrities like Sara Ali Khan, Rakul Preet Singh and Simone Khambatta have apparently emerged in the NCB probe into the drugs angle surrounding Sushant’s death, official sources said on Monday.