Widening its probe into the drugs angle in the death of Bollywood actor Sushant Singh Rajput, the Narcotics Control Bureau (NCB) will summon Bollywood actors Sara Ali Khan, Shraddha Kapoor and Rakul Preet for questioning. A top NCB source related to the probe told IANS, "This week, we will be sending summons to Sara, Shraddha and several others for questioning." Meanwhile, the NCB asked the late actor's former manager Shruti Modi and his talent manager Jaya Saha to appear before it on Monday. Saha reached the office of NCB's Special Investigation Team (SIT) in south Mumbai around 2pm, an official said. The Mumbai Police have barricaded the area around the SIT's office. The NCB will file an application in special NDPS Court seeking one-day custody of Showik Chakraborty, said sources.

Shruti Modi's questioning was postponed on September 16 after a member of the NCB's Special Investigation Team (SIT) team had tested positive for coronavirus. Modi, who had reached the NCB office in south Mumbai on Wednesday morning, was then sent back, an official had said. The NCB had on September 15 asked Saha to join its investigation. The federal anti-drugs agency so far arrested more than a dozen persons, including Rajput's girlfriend actress Rhea Chakraborty and her brother Showik Chakraborty, in the case.

Apart from Jaya Shah and Shruti Modi, Karishma Prakash has also been summoned by the NCB for questioning. Karishma is Jaya Saha's reporting boss and also the manager of Deepika Padukone.  Karishma is linked to KWAN, the company where Jaya Saha works. Padukone is merely their client. 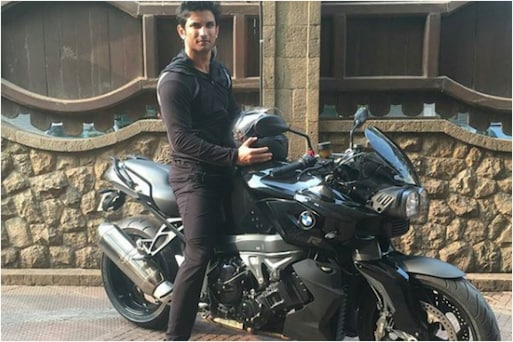 Sushant Singh Rajput case has mainstreamed the conservation on the culture of 'casual consumption' and distribution of drugs in film industries across India. Are celebrities helping the cause of…

19:29 (IST)
It's Not About YOU Anymore: Kriti Sanon Seems to Hint at Sushant Singh Rajput Case in Cryptic Note 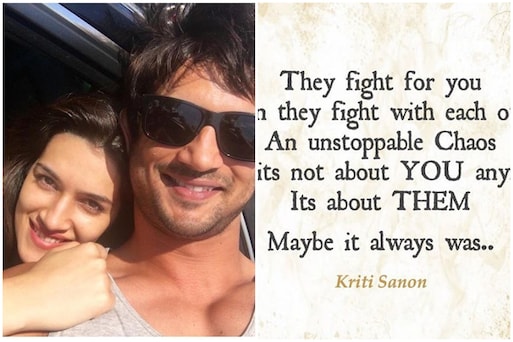 Kriti Sanon's latest Instagram post cryptically hints that the other people are hogging the limelight in the fight that was supposed to be for justice for Sushant Singh Rajput.

18:45 (IST)
Insider or Outsider, Everyone Should Speak up Against Substance Abuse: Adhyayan Suman 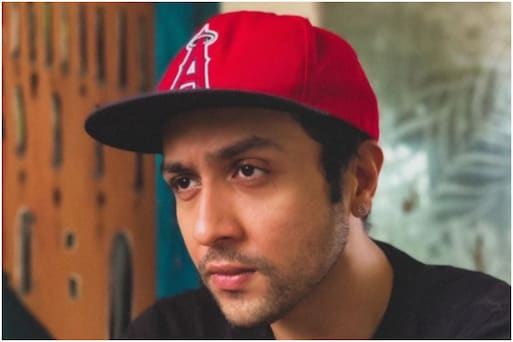 Adhyayan Suman is enjoying his second innings in the film industry with promising projects lined up. He is also actively inclined towards working on social issues like drugs menace.


The Narcotics Control Bureau (NCB) will summon Bollywood actors Sara Ali Khan and Shraddha Kapoor for questioning. A top NCB source related to the probe told IANS, "This week, we will be sending summons to Sara, Shraddha and several others for questioning." Besides them, the NCB will also summon actor Rakul Preet Singh and fashion designer Simone Kambhatta. He said that the agency will ask them to join the probe next week.

'Bollywood kills, Bollywood sexually abuses', were some of the allegations that resonated in the Parliament House complex on Monday. BJP Rajya Sabha member Roopa Ganguly, one of the earliest lawmakers to seek a CBI enquiry into actor Sushant Singh Rajput's mysterious death, held a symbolic protest holding placards that made the aforementioned allegations. Interestingly, the protest assumes significance in the backdrop of a charge of sexual assault against celebrated filmmaker Anurag Kashyap. In an interview with IANS, singer and actress Lizaa Malik claimed that late actor Sushant Singh Rajput and actress Kriti Sanon might have denied dating each other, but they were very much in a relationship and looked happy together. Lizaa had a professional relationship with Sushant, and she said she saw him happy in his relationship with Kriti at a birthday party. "The last time I met Sushant was some two and a half years back when he was with Kriti. It was during Kriti's birthday celebrations in a Bandra club. He was always a very charming, full-of-life guy, who would walk into a party and get a smile on people's face. We had a lot of common friends, like Mahesh Shetty," Lizaa told IANS.

Actress Suchitra Krishnamoorthi has words of encouragement for actors Shekhar Suman and Ankita Lokhande, who are fighting for justice for late Sushant Singh Rajput. The actress tweeted from her verified Twitter account on Saturday evening: "I have had the pleasure and honour of working with #India's finest actors. Never been prouder of a colleague as i am of @shekharsuman7 my #ekhaan costar in theatre Integrity is gold. May the force be with u Shekhar #justiceforSushanthSinghRajput #JusticeForDisha #justiceforindia." (sic) The Narcotics Control Bureau (NCB) might summon Sara Ali Khan and Shraddha Kapoor after their names reportedly came up while interrogating Rhea Chakraborty.

After Ravi Kishan, BJP MP Nishikant Dubey has spoken out against the alleged drug use in the film industry. Raising the issue in the Lok Sabha during Zero Hour, Dubey said, "I'm thankful to CM Nitish Kumar that a CBI probe is being done in the Sushant Singh Rajput case. But what's the highlight of this whole case is a drug angle which is being investigated. Besides the film industry, use and abuse of drugs is a serious issue in school, universities and high societies. I believe that we need to more strongly enforce NDPS Act."

"If the NCB even believes that the actors did do drugs and they do not have enough evidence to nail them, then they have to let them go, that’s what the law says, you won’t be able to trouble a person without evidence," Swapnil Kothari (Sr. Lawyer) tells CNN-News18.

If the NCB even believes that the actors did do drugs and they do not have enough evidence to nail them, then they have to let them go, that’s what the law says, you won’t be able to trouble a person without evidence: Swapnil Kothari (Sr. Lawyer) tells @shreyadhoundial. pic.twitter.com/yHeFSFvEUz

Sushant Singh Rajput's former talent manager Jaya Saha reaches NCB Office in Mumbai. Her questioning by the NCB to begin shortly. SSR's business manager Shruti Modi has also been called by the NCB. Shruti Modi's questioning was postponed on September 16 after a member of the NCB's Special Investigation Team (SIT) team had tested positive for coronavirus.

Actor Sushant Singh Rajput died more than three months back but conversations around his multi-faceted personality refuse to die down. His brother-in-law Vishal Kirti has shared snapshots of their old conversations over WhatsApp as they discussed intellectual subjects.

While we await new developments today, I am sharing some beautiful memories of an intellectual chat session with @itsSSR. It’s a reminder that while the most enjoyable form of human communication is in-person, digital communication is great for reflection. https://t.co/53iUfVdpE8

Rhea Chakraborty was questioned for three days by the Narcotics Control Bureau (NCB) before her arrest on charges of arranging drugs for Sushant Rajput, and had reportedly named some stars in connection with drugs use. The federal agency has today summoned Sushant's business manager Shruti Modi and former talent manager Jaya Saha, in connection with the investigation of the same case.

As per a report in NDTV, Sara Ali Khan and Shraddha Kapoor may be called for questioning by the Narcotics Control Bureau this week in the widening drugs probe linked to actor Sushant Singh Rajput's death investigations. Their names reportedly came up during the questioning of actor Rhea Chakraborty, who was arrested on September 9 on charges of procuring drugs for Sushant Singh Rajput.

After taking over the case of Sushant's death on August 6, the CBI team had roped in the AIIMS forensic team for its assistance in studying the autopsy report prepared by the Cooper Hospital, the crime scene recreation and to guide the federal agency if there was any foul play in his death. The AIIMS forensic team headed by Dr. Sudhir Gupta formed a medical board and the team also visited the Bandra flat of Sushant and recreated the crime scene.

According to CBI sources, the All India Institute Of Medical Sciences (AIIMS) forensic team will meet the agency's Special Investigation Team (SIT) team members at its headquarters in south Delhi's Lodhi road area. The source said that after studying the report of the CFSL and the CBI's SIT, the AIIMS medical board will share its final conclusion on whether there was any foul play in the death of the late actor.

The Narcotics Control Bureau (NCB), probing drugs angle in the actor Sushant Singh Rajput death case, on Friday arrested five persons in separate cases and seized over 1.4 kg of contraband, an official said. Rahil Vishram (42) was apprehended from his residence in suburban Versova and arrested after questioning in the drugs case related to Rajput's death, the NCB official said.

Filmmaker Anurag Kashyap previously talked about how he had roped in Sushant Singh Rajput for Hasee Toh Phasee but he went ahead and signed a three film deal with Yash Raj Films. His first film with them was Shuddh Desi Romance, co-starring Parineeti Chopra. However, Anurag has now said that Parineeti earlier did not want to work with Sushant. Speaking to journalist Faye D’Souza, Anurag said, “He was supposed to do the film (Hasee Toh Phasee) and we had to find an actress and we reached out to Parineeti Chopra. She said ‘I don’t want to work with a television actor'."

Shweta Singh Kirti, a sister of late actor Sushant Singh Rajput, was touched to see a sculptor carving a statue of her late brother in wax. Shweta took to the social media to express her gratitude, saying she felt "as if bhai came alive". While many fans have been signing online petitions for putting a wax statue in Madame Tussauds, Asansol-based veteran sculptor Susanta Ray is attracting headlines after crafting a wax statue of Sushant.

SSR case: CBI, AIIMS medical board to meet on Tuesday

The AIIMS medical board will hold a meeting with the Central Bureau of Investigation (CBI), which is probing the death of Bollywood actor Sushant Singh Rajput, on Tuesday to discuss the findings of the probe done by the agency and the CFSL teams that went to Mumbai, and then decide on the next course of action, sources said on Monday.

The Narcotics Control Bureau (NCB) is all set to question Sushant Singh Rajput's former manager Shruti Modi and talent manager Jaya Saha on Monday. Their questioning was delayed from last week after a member in the team of NCB officials tested coronavirus positive.

As part of its investigation, the NCB had conducted raids at multiple locations in Mumbai and Goa to unearth the drugs supply network. Earlier, statements of Modi and Saha were recorded by the Central Bureau of Investigation (CBI), which is separately probing the actor's death case.

The AIIMS medical board will hold a meeting with the Central Bureau of Investigation (CBI) on Tuesday to discuss the findings of the probe done by the agency and the CFSL teams that went to Mumbai, and then decide on the next course of action, sources said on Monday.

They were also quizzed by the Enforcement Directorate (ED) and the Mumbai Police in connection with cases linked to the Rajput death probe. Rajput (34) was found dead in his flat in suburban Bandra on June 14.