Sushant Singh Rajput Case LIVE Updates | Dharma Productions’ former employee Kshitij Prasad’s bail application hearing has been adjourned till October 21. He was arrested by the NCB on September 26 in a drugs probe related to Sushant Singh Rajput’s death. Prior to his arrest, his house was searched and the NCB claimed to have recovered a used “joint”. Certain documents and electronic gadgets were received too from his house.

Sushant Singh Rajput’s sister Shweta Singh Kirti has asked fans of the late actor to stay strong and united in their quest for truth. She posted a new note on Instagram, with an empowering message for his fans. This comes a day after the Central Bureau of Investigation released a statement to clarify that they are continuing to investigate the death of Sushant Singh Rajput. The statement was released after certain speculative reports in media had claimed that the CBI has reached a conclusion.

Fans of the actor were in a state of confusion after Shweta Singh deleted her Twitter and Instagram accounts on Wednesday. She had temporarily deactivated her social media accounts, and they were subsequently restored. Later, she offered an explanation with a statement shared on Twitter apologising to Sushant’s fans. 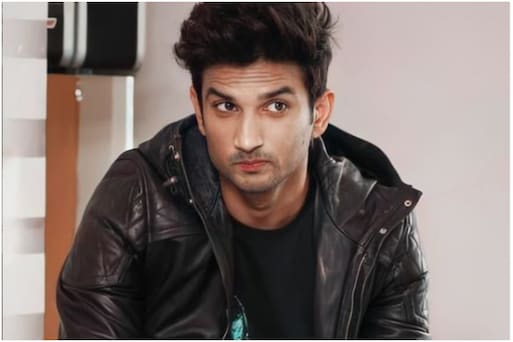 The Mumbai Police have arrested a Delhi resident, who claims to be an advocate by profession, for allegedly spreading fake news on the Sushant Singh Rajput case.

During childhood whenever there will be no electricity in the house, all our family members will sit around with musical instruments singing Bhajans immersed in Bhakti with tears flowing from our eyes. This video of Bhai reminds me of those times. ❤️#ImmortalSushant #GodIsWithUs

Dharma Productions' former employee Kshitij Prasad's bail application hearing has been adjourned till October 21. He was arrested by the NCB on September 26 in a drugs probe related to Sushant Singh Rajput's death. Prior to his arrest, his house was searched and the NCB claimed to have recovered a used "joint". Certain documents and electronic gadgets were received too from his house.

Politics has now begun in Maharashtra over murmurs of shifting of the Hindi film industry out of Mumbai, to Uttar Pradesh. Yesterday, Maharashtra CM Uddhav Thackeray issued a statement saying attempts were being made to malign and shift the Hindi film industry and the same will not be tolerated. The statement assumes significance since it is for the first time the CM has spoken over the ongoing probe in the Sushant Singh Rajput death probe.

The cyber cell of the Mumbai Police has arrested a Delhi resident for allegedly levelling false allegations in Sushant Singh Rajput and Disha Salian death cases. The accused, identified as Vibhor Anand, claims to be an advocate by profession, reported India Today. He was brought to Mumbai where he was taken into custody on Thursday, sources said. As per multiple reports doing rounds on the Internet, the CBI team suspects no foul play in Sushant Singh Rajput's case.

Sushant Singh Rajput’s sister Shweta Singh Kirti has urged his to stay strong and united in their quest for truth. She posted a new note on Instagram, writing, “Dear SSRians, we have a long road to travel together. We are all here for a common purpose and that is to find the truth - what happened to our beloved Sushant and get him justice. You all are family now and staying united and strong is call of the hour.”

In other news, filmmaker Sandip Ssingh, who came into the limelight after the demise of Sushant, has filed a defamation case against a news channel and it’s editor in chief. He claims to be a close confidant of Sushant and was among the first ones to reach SSR’s house after he was found dead at his Mumbai residence on June 14. In his legal notice, Ssingh also sought an unconditional apology and a compensation of Rs 200 crore within 15 days of the notice being served.

Sushant was found dead in his apartment on June 14. Meanwhile, the AIIMS panel which was looking at the forensic details of the matter has ruled out the possibility of murder in Sushant’s case. Mumbai Police initially probed the case and declared that the actor had died by suicide. The case has subsequently been taken over by CBI, with Narcotics Control Bureau and Enforcement Directorate joining the investigation.