Sushant Singh Rajput Case LIVE Updates: Sushant Singh Rajput's family lawyer Vikas Singh has said that Dr. Sudhir Gupta, the head of the AIIMS panel which ruled out murder in the Sushant Singh Rajput death case, had himself reached out to him after the late actor's father filed an FIR against Rhea Chakraborty. The lawyer said that he subsequently had a conversation with the doctor, which he regrets not recording. “I shared some photographs taken by Sushant's sister Meetu at the site and his (Dr. Sudhir Gupta) immediate, spontaneous reaction was that if this photo is genuine, then this line he sees on Sushant's neck is a 200% death by strangulation... I’m not the kind of person who records calls, but in retrospect, I should have. But I’m sure when this goes to further examination his lies will be exposed," Vikas Singh told The Republic.

Vikas Singh earlier said that he would go to court unless a new medical panel is set up to examine available forensic evidence. On Wednesday, hours after Rhea Chakraborty - whom Sushant's family has accused of involvement in his death and illegally moving Rs 15 crores from his account - was released on bail, Vikas Singh lashed out at the medical team of Delhi's AIIMS, saying that "action should be taken against the AIIMS team." "The MCI (Medical Council of India) should look into the matter. How can Dr Gupta come on TV and say it was a suicide," he added.

Shweta took to Instagram and Twitter to share pictures of billboards across Sri Lanka that feature Sushant and demand justice for the late actor. The billboards are hashtagged SushantJusticeNow and SriLankaUnitedForSSR.

"Thanks Sri Lanka," she captioned the post, with the hashtag Justice4SushantSinghRajput.

Singer and BJP leader Anup Jalota said, "He (Sushant Singh Rajput) was a really good actor. I used to admire his work and I have met him on a few occasions. I feel connected to him but we shouldn't make his death a national issue. People related to him are trying to get justice for him, and I feel justice should be served as early as possible, and the truth should emerge."

Singer and Bharatiya Janata Party (BJP) member Anup Jalota feels the death of actor Sushant Singh Rajput is unduly being projected as a national issue. He feels the matter pertains to the sentiments of people, and they should wait for the court verdict.

"The Sushant Singh Rajput and Rhea Chakraborty matter has been projected as a national issue but it is not a national issue. It is about an actor and his girlfriend who also happens to be an actor. It is not a national security issue that should be highlighted thus, and people hit the roads to protest against it. It is a matter related to people's sentiment," Jalota told IANS, at the sidelight of a media interaction in the city.

Shekhar Suman, who has been campaigning for justice for late actor Sushant Singh Rajput, recently took to social media to express his disappointment over Bombay High Court's decision of granting bail to Rhea Chakraborty. Taking to Twitter, he wrote, "Rhea gets bail out of jail. No contradiction in CBI and AIIMS report. Miranda n Dipesh granted bail. No second forensic team to be formed.THE END." (sic)

The NCB began its investigation into the Sushant Singh Rajput case after the Enforcement Directorate (ED), which was probing money laundering charges linked to the case, shared some social media chats retrieved from Rhea Chakraborty’s mobile phone, hinting at the alleged use of banned drugs.

Senior advocate Vikas Singh held a press conference on Wednesday requesting the Central Bureau of Investigation (CBI) to look into the conduct of Dr. Sudhir Gupta, who headed the AIIMS panel that re-examined the death of Sushant Singh Rajput.

Actor Aly Goni has said that he is inspired by Sushant Singh Rajput, among other actors, who also started off doing smaller roles on TV and in films. “Sushant was at the peak of his TV career when he started doing movies. Even when he made it big in films, he did a small role in PK. He was close friends with my cousin and would visit our house often, play cricket and party with us. He was humble and ever ready to help. I would always tell him how he has shown us the way, gave hope to many of us working in TV,” Hindustan Times quoted him as saying. 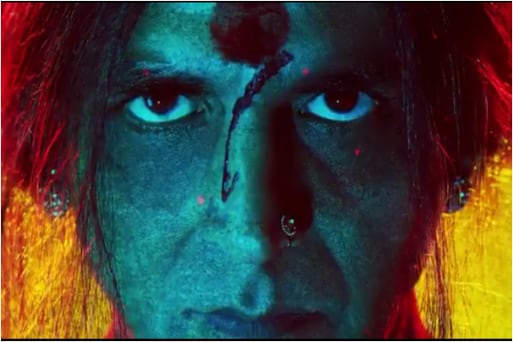 After the trailer of Akshay Kumar's Laxmmi Bomb dropped, fans of late actor Sushant Singh Rajput have called for its boycott.

The Supreme Court will hear a PIL seeking a court-monitored CBI probe into the death of Sushant Singh Rajput's former manager Disha Salian on October 12. The apex court was set to hear the PIL, along with the agency's probe into the death of the Bollywood actor, as both are "inter-linked", on Thursday. But a bench headed by Chief Justice SA Bobde adjourned the matter as the counsel of petitioner Vineet Dhanda could not be presented for the video-conferencing hearing.

Rhea Chakraborty "is not part of a chain of drug dealers" and "has not forwarded the drugs allegedly procured by her to somebody else to earn monetary or other benefits," the Bombay High Court, which granted the bail to the actress, said in its order. "The allegations against Rhea Chakraborty of spending money in procuring drugs for Sushant Singh Rajput will not mean that she had financed illicit traffic," the HC held.

While Rhea Chakraborty and Sushant Singh Rajput's domestic staff were granted bail, the Bombay High Court rejected the bail pleas of Showik Chakraborty and an alleged drug peddler, Abdel Parihar. They continue to remain at Taloja Central Jail. Additional Solicitor General Anil Singh, appearing for NCB, sought a stay on all the bail pleas granted, which was not allowed. The court heard all the bail applications on September 29 and then reserved judgment. The accused were charged under various sections of the Narcotics Drugs Pyschotropic Substances Act.

Actor Rhea Chakraborty, 28,was granted bail by the Bombay High Court on Wednesday. She had been in the Byculla jail after being arrested by the Narcotics Control Bureau on September 8 in a drug case after the death of actor Sushant Singh Rajput. She was directed to be released from jail on furnishing a PR bond of ₹1 lakh with one or two sureties in the amount.

Apparently banking on the sympathy factor for Sushant Singh Rajput whose unnatural death in June has hogged prime space in the news media for over three months, several single screen theatres in and around Kolkata have decided to reopen shows from next week with films starring the actor. At least 1415 single screens in the city and districts would be showing Rajput's 2018 hit 'Kedarnath' while his other movies such as 'Sonchiriya' (2019), 'M S Dhoni: TheUntold Story' (2016) and 'Chhichhore' (2019) may also be re-released in the state, officials of film distributing companies said.

The family of Sushant Singh Rajput - who have alleged negligence by the medical team from Delhi's AIIMS that ruled the actor's death in June as a suicide - will go to court unless a new medical panel is set up to examine available forensic evidence, lawyer Vikas Singh earlier said. "If the CBI doesn't take action, we will go to the court and demand forming a new forensic team. We want a proper medical opinion, this kind of opinion can't serve justice," Singh said, also claiming that the chief of the panel - Dr Sudhir Gupta - had violated ethical and medical guidelines by appearing on television news channels and saying that "it was a suicide".

Sushant Singh Rajput's family lawyer Vikas Singh has lashed out at Dr. Sudhir Gupta, the chief of the AIIMS panel which ruled the actor's death in June as a suicide. Singh alleged that Dr. Gupta had seen an original photo of the actor's body and was "200%" sure it was death by strangulation.

A team of doctors from AIIMS had last week said that Sushant Singh Rajput, who was found dead at his residence in Mumbai on June 14, was not murdered and had died by suicide. The report dismissed theories of poisoning and strangling.

The CBI, which earlier said all possibilities would be considered, is likely to continue its probe into "abetment to suicide," the charge listed by Bihar Police on a complaint by Sushant's father KK Singh.