Sushant Singh Rajput Was 'Grateful' for Rhea Chakraborty In His Life, Claims His Gratitude List

Rhea Chakraborty also reportedly shared a picture of a sipper through her lawyer, claiming, "the only property of Sushant that I possess."

A 'gratitude list,' reportedly written by late actor Sushant Singh Rajput, in Rhea Chakraborty's notebook has surfaced. According to CNN-News18, the list shared by the actress' lawyer included the names of the people Sushant was "grateful for" in his life.

The list has Rhea, her parents, and brother Showik's names. While 'Bebu' is reportedly referred to Rhea, 'Lillu' is her brother Showik. 'Sir' is apparently Rhea's dad Indrajit Chakraborty and 'Ma'am' is her mom. The list also includes the name of Sushant's dog Fudge. Apart from this, Sushant also listed 'life' and 'love' among things he was grateful for.

Rhea also reportedly shared a picture of a sipper through her lawyer, claiming, "the only property of Sushant that I possess." The black sipper has 'Chhichhore' -- the title of Sushant's last theatrical release -- written over it.

Take a look at the pictures here: 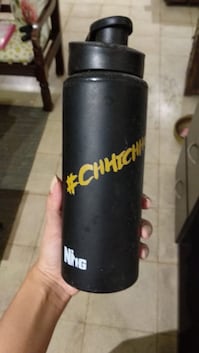 Rhea Chakraborty, being investigated by the CBI on charges of abetting Sushant Singh Rajput's suicide, was questioned by the Enforcement Directorate (ED) for about eight hours on Friday in connection with a related money laundering case. Her father Indrajit Chakraborty, Showik, Chartered Accountant (CA) Ritesh Shah and business manager Shruti Modi, who also worked for Rajput, were also questioned.

The 28-year-old arrived at the agency's Ballard Estate office with her brother Showik shortly before noon and left around 8:30 PM. The statements of Chakraborty, Modi and Showik were recorded under the Prevention of Money Laundering Act (PMLA), officials said.

Rhea has been called again on August 10, they said. The agency "wants more answers" from Chakraborty over the alleged mismatch between her income as compared to her expenditure and investments.

The agency is understood to have questioned Chakraborty, who stated in her petition to the court that she was in a live-in relationship with Rajput, about her friendship with the actor, business dealings and the developments that took place over the last few years between them.