Taimur was spotted attending the Independence Day celebrations held in his apartment on Wednesday.

Taimur Ali Khan, the son of actors Kareena Kapoor Khan and Saif Ali Khan, is undoubtedly Bollywood's most famous celebrity kid. He already has a number of fan clubs dedicated to him on social media. Every picture of the little nawab goes viral on the Internet in no time. So when a picture of Taimur holding the National Flag surfaced on the Internet, it did not take long to go viral.

Taimur was spotted attending the Independence Day celebrations held in his apartment on Wednesday. In the photos, Taimur can be seen curiously looking at the waving flag. For the occasion, Taimur sported a Tee with the orange, white and green combination. 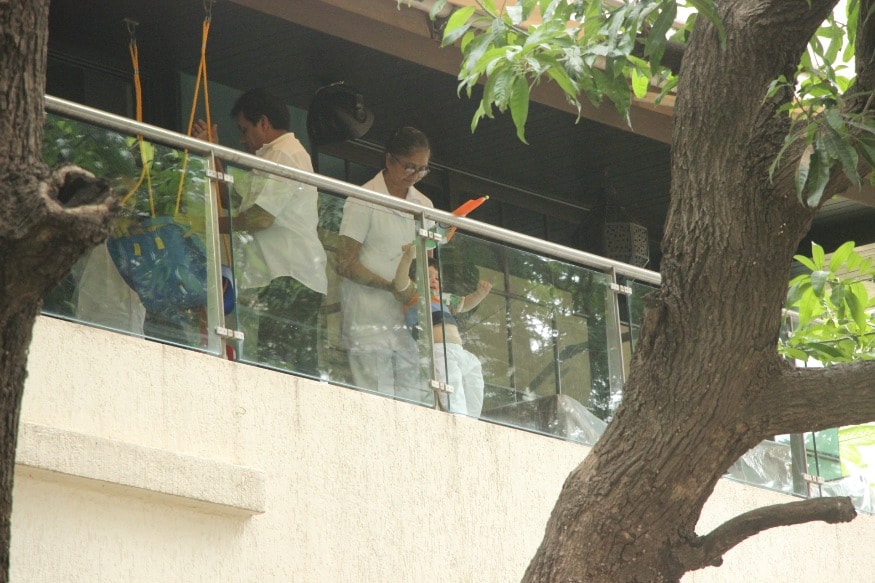 Later in the day, daddy Saif took Taimur for a short stroll outside their apartment. In a video, shared by photographer Viral Bhayani, Taimur can be seen in his father’s arms. While Taimur is seen in an all white ensemble, Saif looks comfortable in his hippie avatar. Saif waves at the crowd and photographers as he crosses the street outside his apartment. And soon enough we see the little nawab copying his actor father.

However, in an interview with PTI, Kareena had earlier revealed that she and Saif don't like the constant media attention on their son and want him to grow up as normally as possible.

“I just don’t want him to be looked upon as a star-kid. I want him to grow up as normally as possible. I want to let him be just the way he is,” Kareena had said.

(All images by Viral Bhayani)
Tags