Tejasswi Prakash looked stunning in a shimmery jacket and pants at an award show last night. The actress' fans can't stop gushing over her hot and cute pics.

Tejasswi Prakash is one the most looked-after names in the television industry. The Naagin actress often hits the headlines for making stylish fashion statements. The Bigg Boss 15 star has been making the headlines ever since she won the show, and also for her relationship with Karan Kundrra. Last night, the gorgeous star was spotted in a super stylish avatar at an award show in the city, and her fans can’t stop gushing over her.

Tejasswi Prakash looked no less than short of a runway model as she posed for the paparazzi stationed at the Elle Beauty Awards. The actress had a shimmery jacket on, and she paired it up with matching pants. The actress rounded off her look with a pair of matching high heels. As for accessories, Teja had shimmery silver danglers on, which complimented her look. With dewy make up on, and her curly stands left open, Tejasswi Prakash looked hot and cute at the same time.

The TV star took to Instagram to post a couple of stunning pictures, striking sensuous poses in the attire. Along with the pics, she wrote, “Lemme stop you there…."

Check out the pics here:

Popular Bollywood paparazzi Viral Bhayani too posted pics from the event in which the actress is seen setting the red carpet on fire with her antics and style statement. 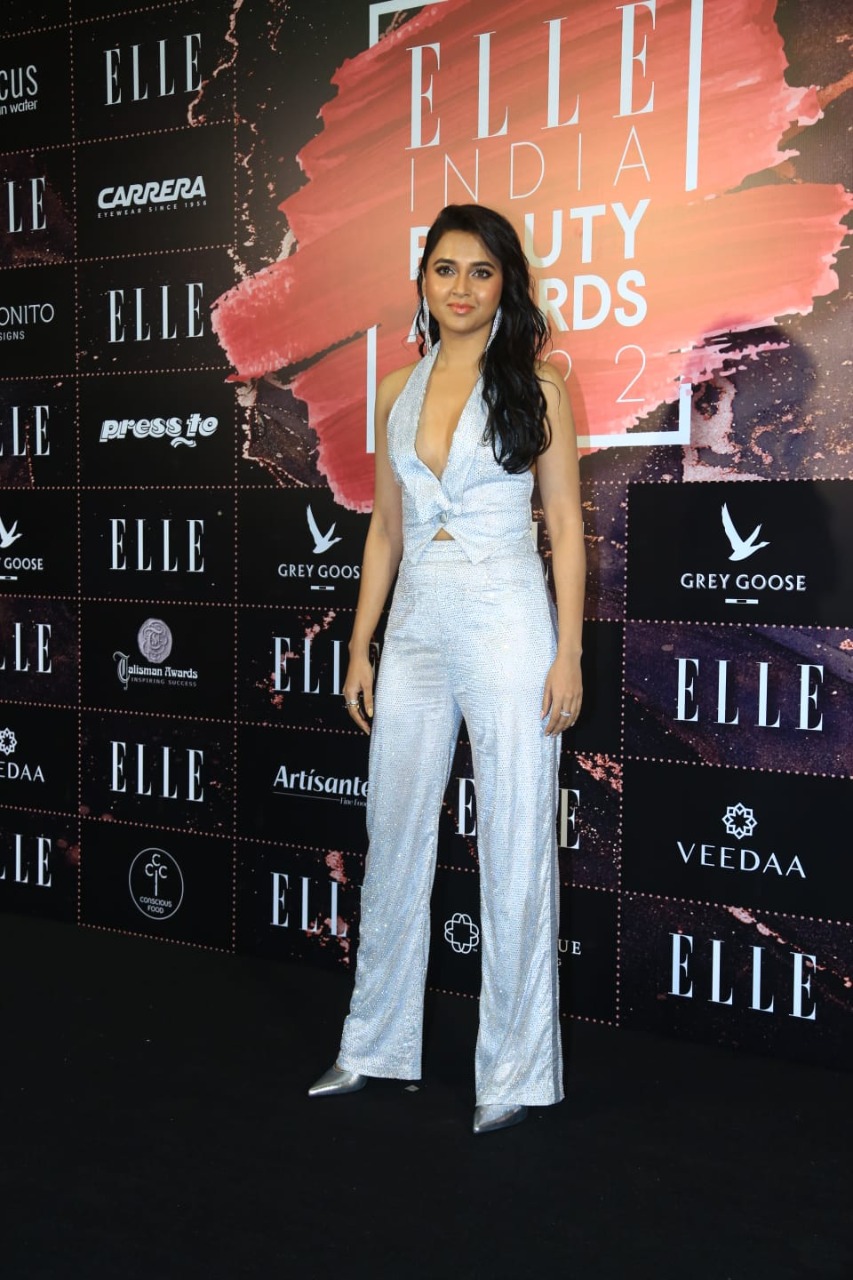 Fans couldn’t stop gushing over the TV star and dropped several heart and fire emoticons as their loved their look for the event.

One of the fans wrote, “You really mke the world stop n stare," another added, “Queen #tejasswiprakash." A third fan commented, “Hotness alert."

Meanwhile, on the work front, Tejasswi Prakash is currently seen in Naagin 6. Besides this, she recently made her Marathi movie debut with Mann Kasturi Re.