Home » News » Movies » 'Tere Bin Laden: Dead or Alive' is a white horse you can bet your money on: Abhishek Sharma
3-MIN READ

'Tere Bin Laden: Dead or Alive' is a white horse you can bet your money on: Abhishek Sharma

'Tere Bin Laden: Dead or Alive' is all set to hit the theaters on February 26th and the makers are hoping to get the same admiration from the audience and not just the Box office collection.

While interacting with IBNLive.com, film’s writer-director Abhishek Sharma and ‘Laden’ Pradhuman Singh revealed the expectations and pressure attached with the film. Sharma and Singh started their career from ‘There Bin Laden’ and consider it to be their child. According to the director, “Ofcousre there is immense pressure on us this time. While Tere Bin Laden was a dark horse this one is a white horse and you can bet your money on it. It was very difficult to attach and detach it from the prequel at the same time.” Sharma revealed that he felt more pressure than Pradhuman because the latter used to have some fun while filming. He adds, “Pradhuman is the co-writer and his job had a fun part attached to it. On the other hand, I donned the hat of the director after the writer, thus felt constant pressure.” 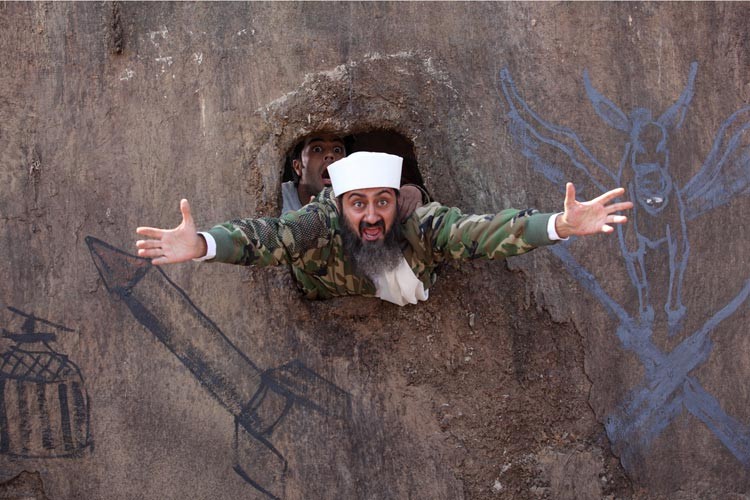 Pradhuman Singh, the Osama Bin Laden lookalike says, “I had full faith in Abhishek throughout. Our main motto was to have a powerful, entertaining script that had satire written all over it. After 1.5 years of brainstorming and writing at least 8-9 drafts, we finalized this one and now hope that it goes down well with everyone.”

The cast of the film, is happy that they’ve got a UA certificate, making it a family entertainer. Abhishek Sharma, who helmed the first part starring Ali Zafar says, “I gained confidence after the film was shown to the Censor Board. The members were laughing and all my apprehensions just vanished.” Singh adds, “Abhishek was apprehensive because he believed that if one has to make a sequel it has to be of equal standards. ‘Tere Bin’ had a shock value that was admired by everyone. While it was hard to retain the same shock value in the spin off, I am confident that Sharma has been able to do so.” The story of ‘Dead or Alive’ takes place after the assassination of Lashkar-e- Taiyyaba chief. A film maker brings Paddi back in front of camera, this time for genuine reasons but gets involved between America and another terrorist organization, creating hilarious moments. About this satirical presentation of serious topic, Abhishek Sharma says, “ I am a conspiracy theorist who likes to create stories on anger and doubts of the people. ‘Tere Bin Laden: Dead or Alive' is an intelligent film that will make you laugh and think at the same time. It questions the hegemony of American authority and how theories are justified with power assertion.” Sharma feels that his style of film making is very political, wrapped in humour. His next project is on freedom of expression and it is based on the facade going on in the country. While the director was quite political about his thoughts, Pradhuman stayed away from commenting anything on it. He says, "I feel our film is meant for entertainment and it'll be great if people just go in and enjoy for two hours, forgetting everything that is going in the country." He further adds, "We have made this film with love and hope it serves the same purpose."

'Tere Bin Laden: Dead or Alive' is all set to hit the theaters on February 26th and the makers are hoping to get the same admiration from the audience and not just the Box office collection.