'The Secret Life Of Pets' Is a Fluffy, Fun Ride

This image is for representation purpose only.

The film depends highly on cuteness of each and every character and in the end you would just want to pick up and cuddle each one of them to death.

You know you are in for 'knee-slapping' fun when the first thing you see on screen is a minion. After entertaining us with Despicable Me series, Chris Renaud is back with another animation film which is a laugh riot. Secret Life of Pets is a no brainer, fun ride which will make you chuckle throughout.

The film depends highly on cuteness of each and every character and in the end you would just want to pick up and cuddle each one of them to death. The story revolves around Max (Louis CK), a happy little dog who loves his owner (read: roommate) Katie but feels threatened when she brings another dog Duke (Eric Stonestreet) into their little paradise. Hilarious and jealous circumstances lead both the canines to have a day out in New York City meeting the good, the bad and the evil.

The film also has a dark side, where the cutest animal on the block is running a revolution against humans and domesticated pet. The film deals with cruelty of animal control unit and the agony of 'flushed' pets in the most humorous way possible. The film is a goofy take on what the little beings go through when the owners are not home. There is a touch of goodness all around, but then it's a must have in every children's film. 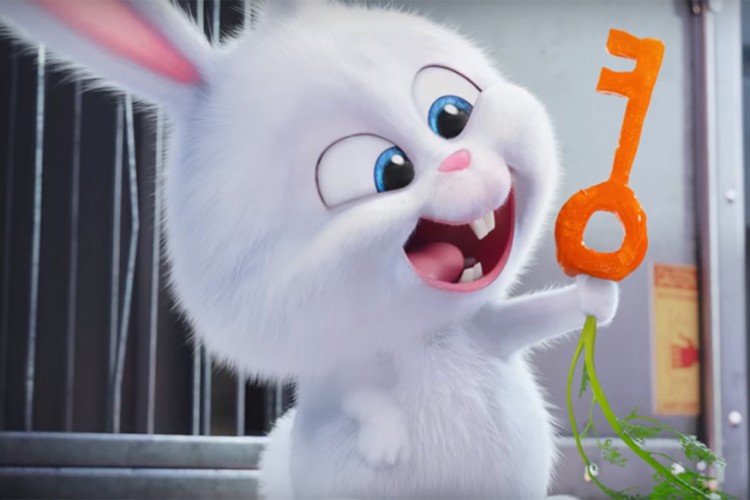 Talking about the cast, the voices fit in perfectly, but the one who shines the most is Kevin Hart as Snowball. The insanely cute and crazy leader of a revolutionary group, this snow furred rabbit is the best part of the film and Kevin's voice just makes him the most fun character too. With a tinge of darkness, Snowball owns Secret Life of Pet, ironically, without being a pet!

There's a new trend in Hollywood with animals driving vehicles. Well, maybe the filmmakers want to put up a subtle point about rash driving, but after Finding Dory truck sequence, this Brooklyn truck sequence climax will tickle your funny bones. Director Renaud hasn't gone overboard with the drama and has kept the theme of comedy alive throughout, even in the so called sad sequences.

While Disney Pixar makes it a point to deliver a message through their grandness, Illumination depends more on goofy fun and regular, unnoticed circumstances. The film has no other message than establishing the fact that friendship is the strongest bond and animated animals have more fun life than us. Secret Life of Pets is a delightful watch without any heavy laden message for kids. The film plays subtly on the theme adopting pets from shelter home and receive a lot of love in return. A perfect entertainer this monsoon season.

PS: Don't miss the Minion short film right at the start of the film.