Netflix released the second season of 'Sacred Games' on August 15, leading people to compare it with season one. Check out some of memes generated to arrive at a conclusion.

While writers of the hit Netflix series Sacred Games may have upped the ante with the latest outing, which released on August 15, fans also searched for new ways to convey their point and feelings across about the second season. A flurry of memes emerged online after Sacred Games 2 premiered and some watchers instantly drew comparisons between the two seasons, while not overtly expressing which one they preferred more. 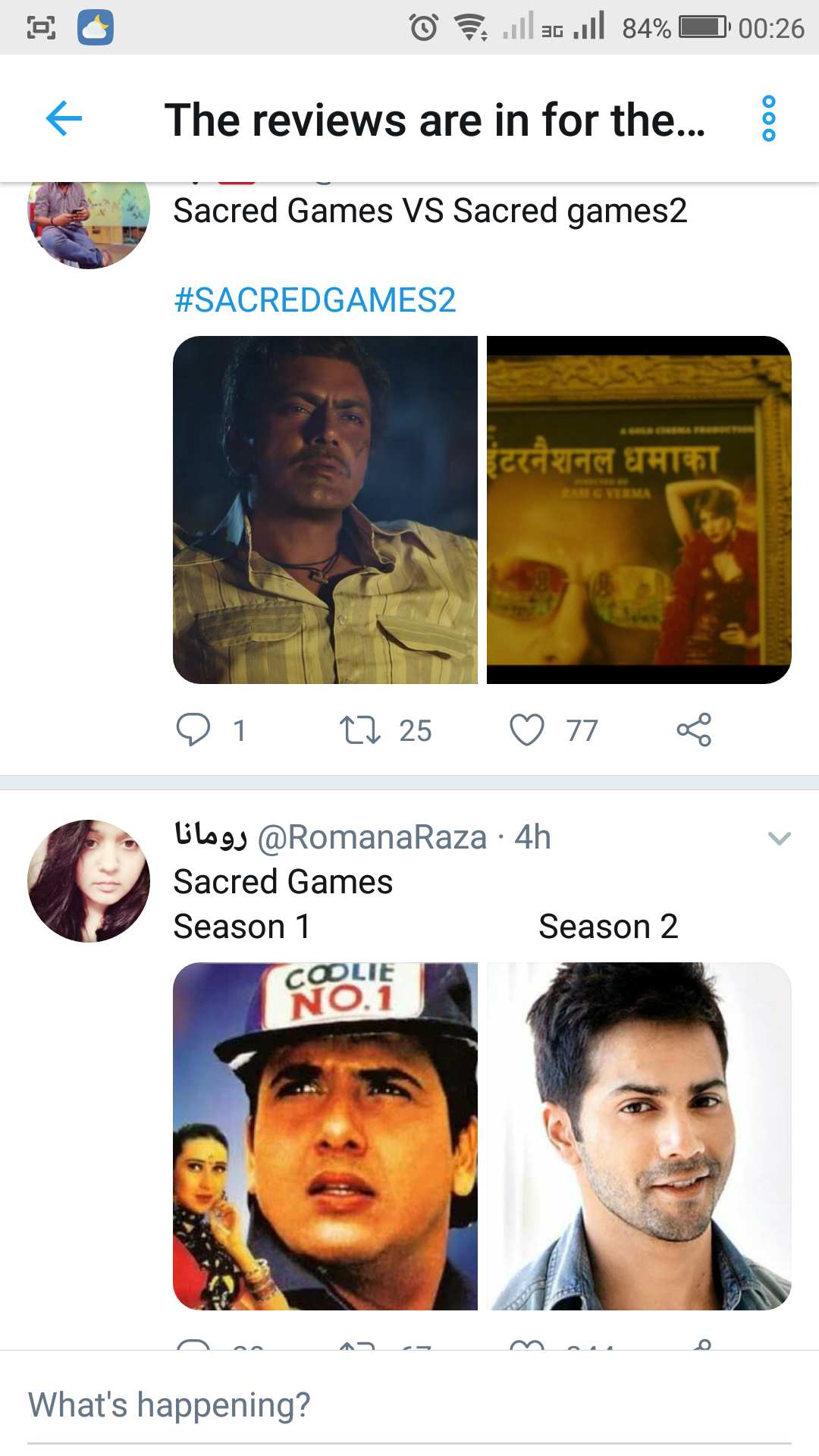 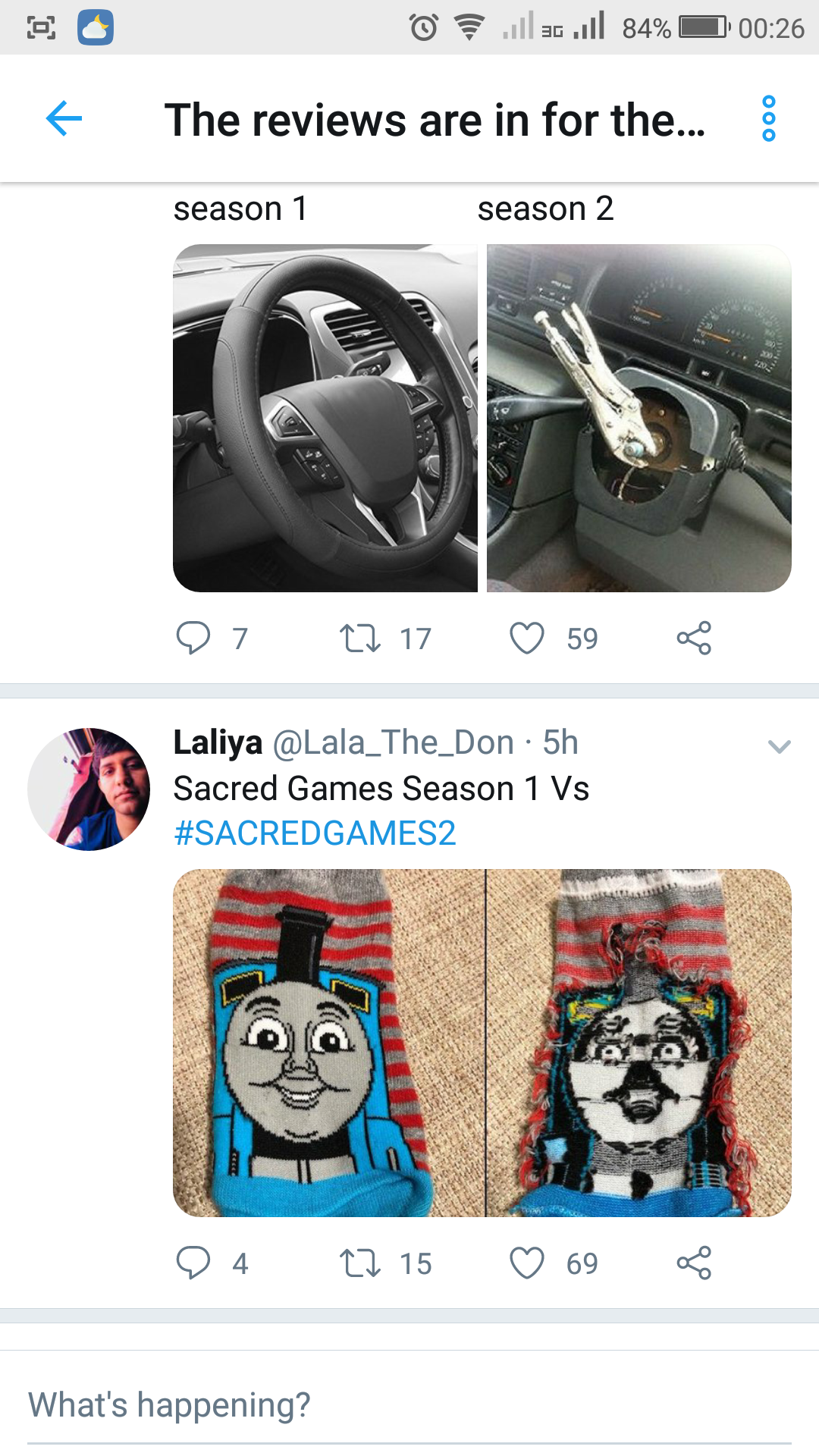 In his review of Sacred Games 2, News18's Rohit Vats wrote, "Like the first season, this one can also be accused of wrapping and presenting cheap thrills in the name of a thriller, but it’s perfectly mounted and is one of the best shows on Netflix. In fact, it may become another Narcos or Money Heist for the streaming app."

Read---Sacred Games 2 Review: Nawazuddin Siddiqui Makes It One of the Best on Netflix

The sophomore season of the show, based on author Vikram Chandra's novel of the same name, will pick up from Sartaj Singh (Khan) pursuing his relentless battle of saving Mumbai and Ganesh Gaitonde (Siddiqui) facing bigger challenges to retain his position as the legendary kingpin of the city.

Like season one, Anurag Kashyap is at the helm of the portions featuring Nawazuddin, while Neeraj Ghaywan of Masaan fame has come on board to direct the scenes with Saif.

Vikramaditya Motwane and Varun Grover return as the show-runner and the lead writer, respectively.