In one of the videos, two specially-abled boys can be seen singing for Sushant Singh Rajput and playing drums.

A couple of throwback videos featuring late actor Sushant Singh Rajput at a school for specially-abled children in Ranchi went viral on Twitter on Monday.

It is being speculated that Sushant visited the school while shooting for his last film Dil Bechara in Ranchi.

In one of the videos, two specially-abled boys can be seen singing for Sushant and playing drums. At the end of the performance, a visibly emotional Sushant walks up to the performers, kisses the drummer and hugs the singer. Later, this video was also shared by Sushant's US-based sister Shweta Singh Kirti on Instagram.

In the other video, Sushant can be seen giving red roses to specially-abled girls students at the same school. He also thanks their teacher and says "Bye guys", waving to the children, before leaving school. 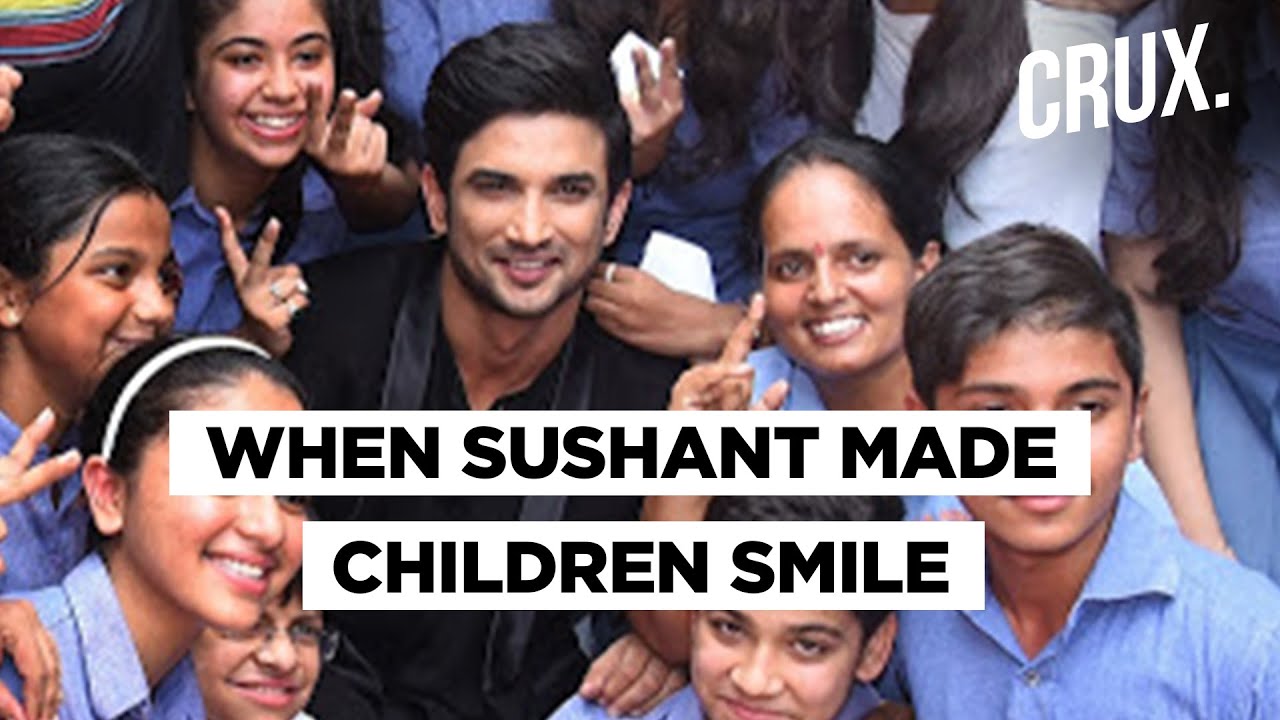 Sushant’s sister Shweta on Monday tweeted throwback pictures of a family gathering while remembering the late star. Sharing the photos, Shweta, who has been at the forefront of the family’s fight in the Sushant Singh Rajput case, wrote, “Bhai and I in May of 2014. We were dancing to the tune of “Tu Cheez Badi hai mast mast” after 20 long years on the occasion of the wedding anniversary of Rani Di and Jiju. #MissYouBhai #MyBrotherTheBest.”

Shweta Singh Kirti also shared an old video of Sushant Singh Rajput distributing diaries to kids. She captioned the video, “Somebody with a Heart of Gold."